Crypto prices are tumbling. The future is murky 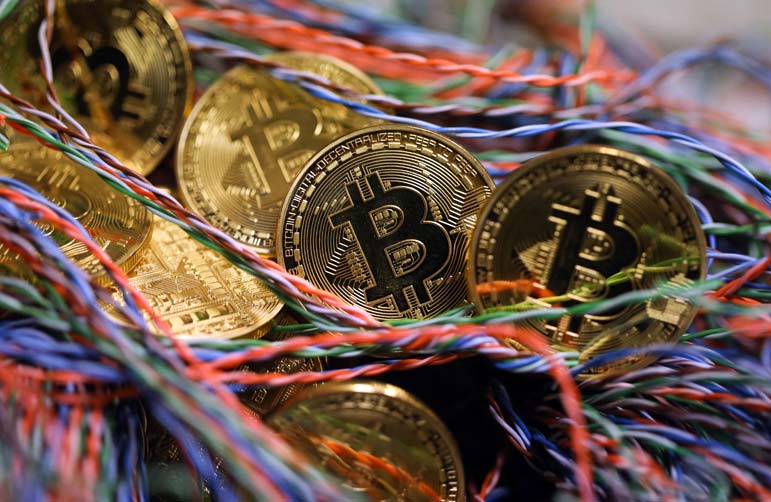 Over the past few days, several cryptocurrencies have seen their prices collapse to near historic lows.

The impact has been swift and widespread. Nearly 40 percent of bitcoin holders have lost money on their investment, data from crypto intelligence firm Glassnode shows. Over a quarter of the global market for cryptocurrency has evaporated, according to a crypto analytics website Coin Market Cap. The sell-off comes as TerraUSD, the cryptocurrency that pegs its value to the U.S. dollar through an algorithm, began trading lower than $1.

Since then, investors in major crypto currencies have been selling their stakes, causing prices to tumble to levels not seen since 2020. Amid that, industry analysts, experts and critics of cryptocurrency have been looking toward how the plunge will impact digital currency, noting the crash could be a wake up call for how risky the digital assets are.

To learn more, The Washington Post talked with Ben McMillan, the chief innovation officer of IDXInsights, an asset management firm that specializes in cryptocurrency, along with Molly White, a software developer who runs the website Web 3 Is Going Just Great.

"We are going to see a consolidation in the industry," McMillan said. "We've kind of seen this movie before with Internet stocks in the 90s. There was a period of euphoria where the Pets.com's all went away and the Amazons survived."

The conversation has been edited for length and clarity.

• Why is cryptocurrency crashing right now?

McMillan: This weekend, there was a crypto specific event in the form of the Terra Luna stable coin basically breaking the buck. Stable coins are a very important part of the crypto ecosystem, they are supposed to be stable. They're supposed to have a one-to-one valuation with the U.S. dollar. It's where a lot of investors go to seek refuge during times of volatility.

Terra was a so called algorithmic stable coin which had an almost $20 billion market cap. But there was a little over a billion dollars of bitcoin as so-called collateral. So, there was a lot of Terra Luna stable coins out there that just simply weren't backed by anything other than other people's faith in that system. So what happened was there was just a good old fashioned run on the bank.

That's a death spiral - once a stable coin de-pegs like that. Over the weekend, and on Monday morning, that just started to catalyze across the digital assets ecosystem. It was just kind of the straw that broke the camel's back.

White: Realistically, I don't think you could say that crypto is dead in any sort of literal sense. But I do think that we're seeing maybe more of a mass realization that it's not as great of an idea to invest in crypto, especially with money that is not just fun money and is actually important to in terms of your actual investments are ability to pay the bills.

The rose colored glasses are coming off a little bit. On the one hand people were looking at these projects that promised 20% returns - like Terra - for example. Suddenly, they saw what happened when things start to go badly. And now there's no money left for the Terra folks. I wouldn't be surprised if public perception reduces a little bit and we stopped seeing some of the enormous hype and huge big ticket crypto sales and things like that. I don't think it's very realistic to say that crypto will just die, the blockchains will disappear and crypto won't exist. There's still a lot of money in it, despite what the market is doing.

McMillan: So crypto is not dead. But this is just highlighting to investors that it is a risky asset class. It's also called into question how investors think about it. A lot of investors were thinking about it as a digital version of gold, or as an inflation hedge. Really, bitcoin and digital assets are trading like high multiple tech stocks. So, I think there's been a repositioning of how investors think about bitcoin, both in terms of where it should sit in the portfolio as well as what the what the risks are.

• How does this crash impact regulation of the industry?

White: I think it came at kind of a good time because there were some legislators looking at stable coins and starting to say: 'These look kind of shaky.' I think it has gotten the attention of regulators and legislators to some extent because they're seeing people losing this money with no protection, and they're seeing these stable coins that are actually threatening things outside of the crypto market. They've kind of started to think that maybe this is something we need to pay attention to now.

And there doesn't seem to be too much regulation they could pull the trigger on today which would change things immediately. But we have seen regulatory attention toward the stable coins.

McMillan: So, regulators are already looking at stable coins as kind of an obvious area to focus on again, which make sense. That's where Main Street meets the crypto universe. Stable coins are where most people kind onboard into crypto. So, it's important that there's standards around transparency and collateralization.

• Will bitcoin prices rise again? And how low could they go? Should I 'buy the dip?'

McMillan: Yeah, when you look out over the next 5-10 years, when you look at what's being developed on the different blockchains, including bitcoin and ethereum, when you when you see kind of the power of that technology, it's impossible not to be bullish. Now, that doesn't mean it's going to be an upward line. That doesn't mean it's not going to be a volatile path. It doesn't mean we're not going to have 50% drawdowns every year. But, especially at these levels, when you start getting into pretty depressed territory, and there's a lot of bad news price, then it's hard not to see bitcoin prices aren't higher a year or two from now.

White: It's hard to predict the markets to any reasonable level. With crypto, they're so volatile, and they're so unpredictable and they're so untethered from reality to some extent that it's possible you're buying the dip, but it could also mean that you're buying on the way down and they can always get lower. People trying to buy the dip, I think are not very wise. And they're opening themselves up to a lot of risk in a situation that has fairly recently started to go poorly and could go even more poorly for a long time.