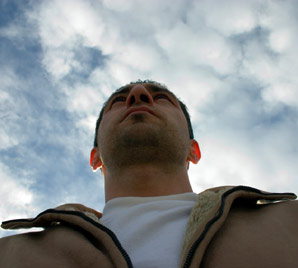 The basic tenet of all of Jewish life, history, culture and civilization appears in this week's Torah reading: "Hear O Israel the Lord is our G0D, the Lord is uniquely one."

Jews have lived by this credo, died with these words on their lips and in their souls and sustained themselves through all times of adversity by the knowledge and faith of His existence and relationship to Israel represented by these simple words, known as the Sh'ma.

Throughout Jewish history, as Moses himself attests to in Dvarim (Deuteronomy), there have been differing shades of Torah piety and observance amongst Jews. Again, as Moses points out in his words of challenge, there have been occasions when Jews, many Jews, who willfully ignored or betrayed His commandments and assignments. But, even when Jews in the Biblical and later Greco-Roman eras succumbed to the local practices of social idolatry then prevalent, they remembered and in their heart of hearts believed that "the Lord is our G0D, the Lord is uniquely one." The Jews were the ones who pioneered in human society the belief in the existence of an unseen, omniscient, omnipotent, personally interrelated G0D of justice, compassion and eternity.

In short, the Jews were not only the "people of the Book," they were more importantly the people of a monotheistic and universal G0D.

The ravages of nineteenth and twentieth century secularism gutted this core belief of Judaism for many Jews.

Blinded by the false light of the promise of a better world, vast numbers of Jews forsook "the Lord is our G0D" for new slogans, Marxist, secularist, Bundist, nationalist and assimilationist in their outlook. But, now following the bloodiest century in human history, when all of the ideologies and empires that began this century as all-powerful and progressive now lie in the ashbin of history, all of these slogans and certainties are mockingly hollow.

New "Judaisms" have arisen that somehow attempt to preserve the Jewish people --- Jewish history and purpose, without a belief in the divinity of the Torah and G0D of Israel. Thus, the "new" types of Judaism have abandoned "the Lord is our G0D, the Lord is uniquely one." Whether a Jewish society can long survive without the Sh'ma as its basic credo is certainly the basic question of our modern world.

All of Jewish history indicates that such a secular, non-observant, assimilationist form of Jewish life will lead only to the extinction of Jewish civilization that the proponents of "secular Judaism" are attempting to preserve.

And that is the source of much of the divisive wrangling that the Jewish world is currently witnessing.

Every Jew, every human being, should consider what the purpose of life is. This basic question is the one that modern man, now so technologically and educationally advanced, must answer satisfactorily in order for life and society to progress.

The words of the Torah, "the Lord is our G0D, the Lord is uniquely one" is certainly the basis for the future of Israel.