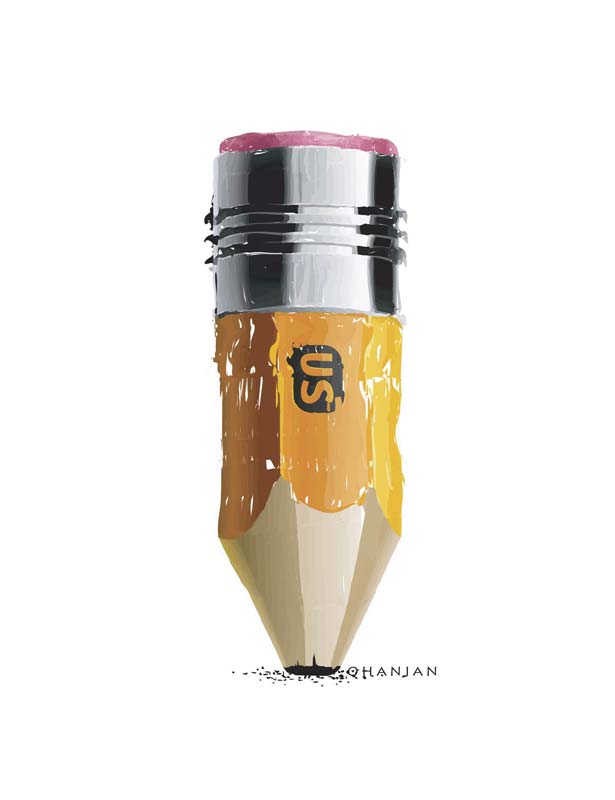 Who is funding the militant illegal immigrant youth army of thousands of entitled "Dreamers" that marched to Washington, D.C., for the Supreme Court hearing this week on President Barack Obama's unconstitutional amnesty program?

Follow the money; find the truth. I've got the "Open Borders Inc." breakdown for you of so-called DACA financiers and enablers on both sides of the political spectrum. Call them what they are: the "American Students Last" lobby.

Let's start with Charles Koch. The libertarian billionaire has thrown his weight and fortune behind an amnesty brigade called the LIBRE Initiative. While the establishment right purports to oppose identity politics, LIBRE wraps itself in the mantle of "empowering Hispanics" to "advance liberty" and "prosperity." Koch has poured more than $10 million into the ethnocentric group since 2011 under the slogan "Limited Government. Unlimited Opportunity."

Koch operatives send out weekly press releases urging Congress to "Protect Dreamers Now," "Achieve a permanent solution for Dreamers" (hint: It's not deportation), and "act promptly on relief for Dreamers." Along with the Koch-funded Americans for Prosperity, LIBRE sponsored a "pop-up art exhibit" propagandizing the benefits of illegal immigrant Dreamers to coincide with their march on Washington on Tuesday.

Next up: the U.S. Chamber of Commerce. The Big Business lobbyists for cheap labor have prioritized illegal immigrant amnesty legislation since 2014, when the Chamber dumped $50 million to protect border-jumpers from deportation and win them employment authorization documents. "Stripping DACA recipients of their ability to legally live and work in the country will harm them," the D.C. fat cats lamented this week.

Then there's Facebook. All week long, young users of the Silicon Valley giant's Instagram app have been fed heart-tugging ads highlighting Dreamer families and their activist sisters and brothers, including the George Soros-funded street demonstrators of United We Dream, Make the Road New York and CASA de Maryland. Facebook's lobbying arm, FWD.us, disseminated a letter from 10 of its illegal immigrant Dreamer employees "in solidarity with" all immigrants living and working here in violation of our laws. FWD.us has shelled out $430,000 on immigration lobbying this year alone.

Open borders Catholic Church elites have had a busy "illegal immigrants first" month so far. The Vatican and bishops' conference spend hundreds of millions of donations on illegal immigrant shelters, legal teams for dubious asylum claimants, and community organizing activities promoting sanctuary policies and profiting off the backs of border-trespassers, who in turn enrich smuggling rings and drug cartels. The NETWORK Lobby for Catholic Social Justice marched from New York City to D.C. with DACA recipients, according to the group's press secretary Lee Morrow (who makes sure to let Catholic colleagues and journalists know that his pronouns are "he/him"). Leaders of the U.S. Conference of Catholic Bishops convened masses at the border to condemn patriots who use the accurate term "invasion" to describe the violent siege in the Southwest. Archbishop Jose Gomez of Los Angeles pledged that "we will never abandon you" and enlisted American churchgoers to pray for illegal immigrant families.

Such virtue-signaling gestures have never been extended to American families permanently separated from their children and grandchildren because of criminal-coddling sanctuary policies and porous fences, of course.

Microsoft and Princeton University jointly filed the Supreme Court briefs on behalf of Dreamers suing for the right to stay here illegally. Princeton also lobbied on Capitol Hill to extend the endless "temporary protected status" and work permits of 300,000 low-wage workers from Central America. Microsoft has punched American students twice in the gut, leading the charge not only for a massive pipeline of illegal immigrant youths but also for millions of H-1B and F-1 foreign student visa holders.

Even The New York Times now acknowledges the obvious reason Democrats are throwing American youth under the bus: mass uncontrolled immigration both legal and illegal is turning America radically blue. But what about Beltway Republicans and establishment Swamp conservative think tanks and college groups? Where is the defense of American students fighting to make a decent living while competing with unrelenting floods of foreign workers at both ends of the wage scale?

Turning Point USA's Charlie Kirk blithely advocates stapling green cards to foreign student diplomas and his speakers have shouted down America First students as racists and losers for challenging the donor class on demographic realities. (Who needs SPLC smear merchants with "friends" like these?) Shamefully, no right-leaning groups bothered to muster up their own army of American students to counter the Koch-Soros-Silicon Valley-Vatican-backed hordes on the Mexifornicated steps of the U.S. Supreme Court. The job of combating the American Students Last lobby has been left to anti-establishment outsiders — Proud Boys, Groypers, displaced U.S. tech workers and other dissidents unmasking Open Borders Inc.'s controlled opposition. On Tuesday, I was called a "Nazi" by a young GOP operative for supporting American students first.

Keep shooting the messengers, civilizational suicide squad clowns. If the goal is to make America disappear, you're winning.