Get Off the Sidelines: #StandWithICE 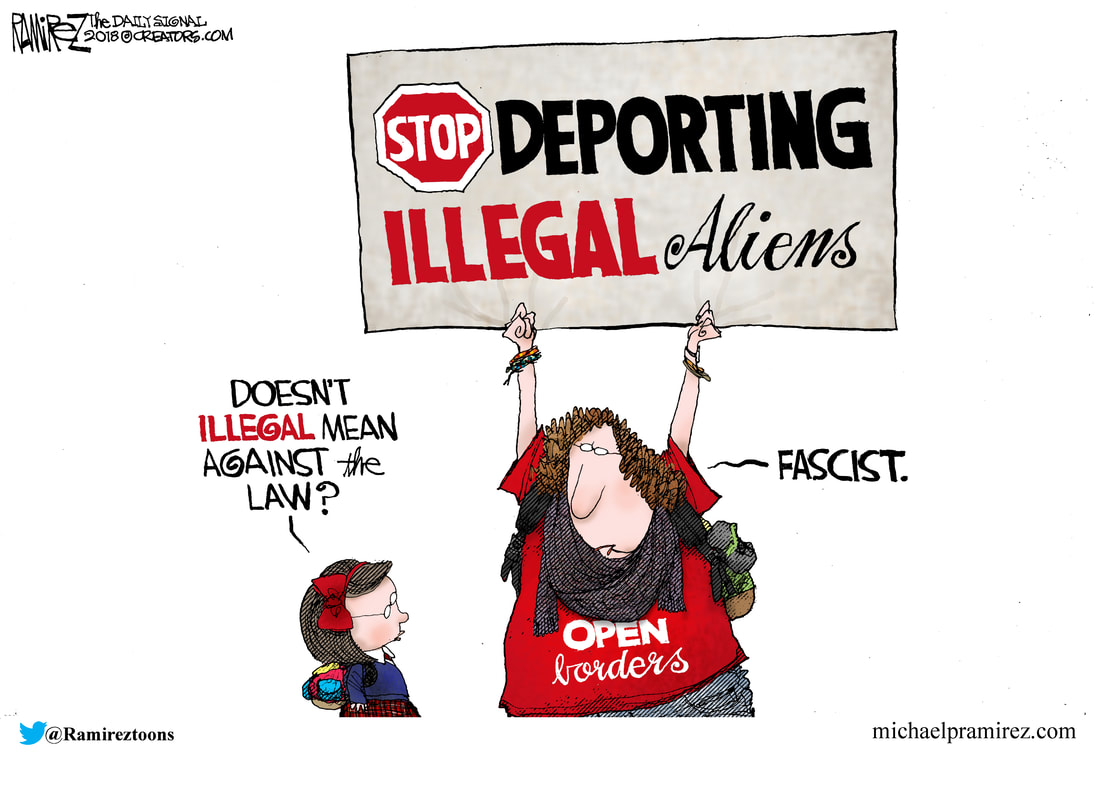 Dear fellow patriots: It's time to stop making nice with those who are waging war on ICE.

Are you sick of your neighborhoods being hijacked by law enforcement-bashing thugs who prioritize every last illegal immigrant over law-abiding families, workers and employers?

Are you sick of do-nothing politicians promising to take action while well-funded and well-organized protesters riot in our streets and obstruct criminal arrests?

Are you sick of nobody (except for a few demonized Proud Boys and Patriot Prayer activists) standing up on the front lines against the American flag hijackers and knee-takers and hatred-inciters threatening ICE employees and Border Patrol agents and their families?

If so, I hope you will join me as I tour the country the next few months and take the battle for our safety and security straight to the nation's worst open borders sanctuaries.

Look around. We have unhinged Democrats uniting in common cause with violent antifa and cheap labor-hungry big business CEOs to blow holes in our sovereignty and endanger our communities.

We have trashmouth Rep. Rashida Tlaib, D-Michiganistan, leading protests against ICE in Dearborn two weeks ago that bullied the city into withdrawing from cooperative agreements to hold illegal immigrant detainees.

We have militant socialists in New York, funded by the far-left Tides Foundation, spreading "abolish ICE" hatred in the streets and instigating witch hunts against ICE online.

We have Silicon Valley social justice warriors, including thousands of seditious zealots at Google, Amazon and Microsoft, demanding that their employers stop doing business with any agencies that help enforce our federal immigration laws.

This isn't empty virtue signaling. It's causing horrific mayhem from coast to coast, as I reported two weeks ago. And it's not just our men and women at ICE, under literal fire, who suffer the consequences.

Have you heard about what's happening in my old neighborhood in Montgomery County, Maryland? Thanks to treacherous, anti-ICE sanctuary policies that have festered since I moved away more than a decade ago, foreign sexual predators rule the streets with impunity. In just the last month, five rape suspects in this country illegally have been arrested there. The feds report that at least one suspect was released in defiance of an ICE detainer; two more allegedly gang-raped an 11-year-old girl; and another, accused of raping a 16-year-old girl at knifepoint, has fathered 10 children here (all now anchored here with birthright citizenship).

That's just five we know of; the sanctuary anarchists in MS-13-infested Montgomery County refuse to collect statistics on these public menaces.

How about my adopted home state of Colorado? Earlier this month, deportation officers caught Mexican illegal immigrant Roberto Gutierrez-Hernandez, who had been convicted of sexual assault on a child in the sanctuary hell of Boulder. ICE had originally lodged a detainer on Gutierrez-Hernandez with the county jail in March 2017 on other criminal charges and then again in November 2017. The jail run by Boulder's sanctuary anarchists refused. Another young illegal immigrant, El Salvadoran Amilcar Aguilar-Hernandez, racked up a criminal conviction for felony trespassing before being arrested in a rape case at Fort Carson in Colorado Springs,. He is also currently being prosecuted for orchestrating an escape from the Aurora ICE facility near Denver.

Last week, I had an opportunity to visit with the dedicated folks at ICE who work at the Aurora, Colorado, detention center run by GEO Group. This is the same facility where open borders mobsters tore down Old Glory and replaced it with a Mexican flag last month. Inside, illegal immigrants get free access to LexisNexis, dental services, a full-scale pharmacy, video games, pingpong tables and even telepsychiatry appointments. But you wouldn't know it from the hysterical rhetoric and lies.

"It's definitely something that I worry about," Fabrricatore told me. If protesters want to change our laws, "people should be protesting Congress, not our officers." A veteran of the agency for 27 years who also served in the Air Force, Fabbricatore spoke passionately about his job: "It's about protecting the United States. We do it with professionalism and courtesy. Most of the people here are parents. We don't want bad things happening to people and children."

Christopher Jones, assistant ICE officer in charge at the GEO Group facility, has served with ICE since 2008, Border Patrol for 9 years and the Marine Corps for 8 years. "We're forced to defend what we do on a daily basis," he said, describing how irate social justice mobsters have taken pictures of his officers while sanctuary police stand by. "False narratives," he warned, are threatening his colleagues and their loved ones.

The guardians against immigration anarchy shouldn't have to go it alone. That's why I'm launching a nationwide tour of sanctuary cities — including Denver, Seattle, Portland, San Francisco and Minneapolis — to expose the money behind the sovereignty saboteurs and to organize citizens willing to #StandWithICE (for more information, go to OpenBordersInc.com.) If we don't get off the sidelines, the lawless mob will win. And if the lawless mob wins, we will lose America.