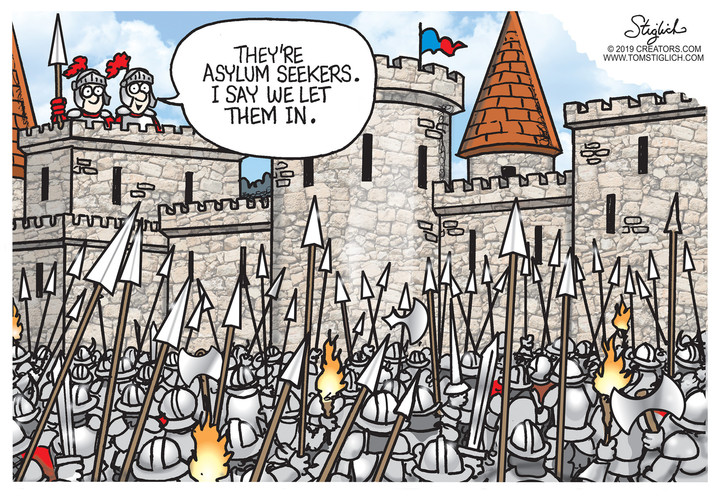 No. No. No. No. No. The answer from the American people across the political spectrum to the airline industry's plea for a $50 billion taxpayer-subsidized bailout in the Age of WuFlu must be "Hell, no!" times 50 billion.

Reminder: Berkshire Hathaway walked away with $10 billion after the 2012 AIG publicly funded bailout. How much more in private wealth will Bailout Buffett reap from a federal flight fright freakout? This exploitative campaign to "stabilize" U.S. passenger carriers is about shoring up globalist profits, not patriotism.

After the aviation industry's last $15 billion shakedown of taxpayers following the 9/11 terrorist attacks (a hefty combo of direct cash assistance and loan guarantees plus civil liability protection), airline stocks soared as oil prices plummeted, carriers crammed more passengers into tinier seats and customers faced new and higher charges on everything from carry-on baggage to Wi-Fi to peanuts. High-flying American, JetBlue, United and Southwest splurged on megastock buybacks and dividend hikes for shareholders. In fact, Bloomberg News reported that the top airlines plowed 96% of their free cash flow over the last decade on buybacks.

Now, Treasury Secretary Steven Mnuchin is playing the world's smallest violin, crying that the COVID-19 pandemic "is worse than 9/11" for an airline industry unprepared for catastrophic disruption. Well, boo-hoo-hoo. Or I should say: Wu-hoo-hoo. If 9/11 wasn't enough of an incentive to plan ahead and crisis-proof their companies, then these big biz beggars deserve to fail.

Don't misunderstand. My heart is with the 1 million employees who work in aviation. If this bailout were meant to take care of workers vital to the U.S. economy, then take the proposed $50 billion, divide it by 1 million, and cut $50,000 checks for each of them and their families. Instead, key Beltway GOP leaders are lining up to help shepherd through $29 billion in federal grants for both passenger and cargo carriers, plus a reported $29 billion in zero-interest loans or loan guarantees, and suspension of federal excise taxes on fuel, cargo and airline tickets for an undetermined period.

Weird. Wasn't it just a few weeks ago that all these "limited government" Republicans in the House, Senate, Trump cabinet and conservative media were up on stage at the "Conservative" Political Action Conference performing conga-line warnings about the scourge of Bernie Sanders-style interventions in the capitalist marketplace?

Will even a single Turning Point USA college kid clad in his "SOCIALISM SUCKS" T-shirt be protesting this handout hysteria on the capitol steps?

Compounding this rank ideological hypocrisy is the repugnant idea of rewarding companies whose CEOs have adamantly opposed President Obama Trump's attempts to enforce our borders and limit mass migration precisely for the national security and public health consequences we are all now suffering.

Take United's Mexican-American CEO Oscar Munoz, who has repeatedly bashed the southern border wall expansion because he opposes "any wall, anywhere, between any people — period." Munoz further called the Trump travel ban from dangerous countries "damning and damaging" to his business because "diversity" is what makes our country "great."

Southwest, American, Frontier, United, Alaskan and Spirit all piled on the Trump White House after the manufactured illegal immigrant family separation outrage — joining together to refuse cooperation with U.S. Immigration and Customs Enforcement agents doing their jobs and deporting minors here illegally (untold numbers of them smuggled by coyotes or part of violent gangs of predators like the MS-13 "youths" who have hijacked American public schools across the country).

If "Hire American" is one of the Trump administration's official policies, and American self-reliance is the post-Wuhan rallying cry, why are we rushing to fork over billions of dollars from hard-hit citizens to airlines that have been at the forefront of outsourcing American jobs to offshore repair centers in South America and China and IT outsourcers and offshorers in India?

Oh, and it doesn't help that this airline bailout blitz is spearheaded by left-wing executives at United and Delta, which demonized American gun owners in 2018 after the Parkland High school shooting massacre by cutting ties with the National Rifle Association. American Airlines flew its own virtue-signaling freak flag last month, publicly condemning Tennessee's transgender bathroom bills protecting the public safety of women and children, while JetBlue and United have promoted drag queen flights and brunches. Priorities!

I voted for Trump because he ran on "America First," not "American Airlines First." We had enough crisis socialism under the Bush and Obama years. Time to tell the aviation bailout buzzards to go fly a kite.