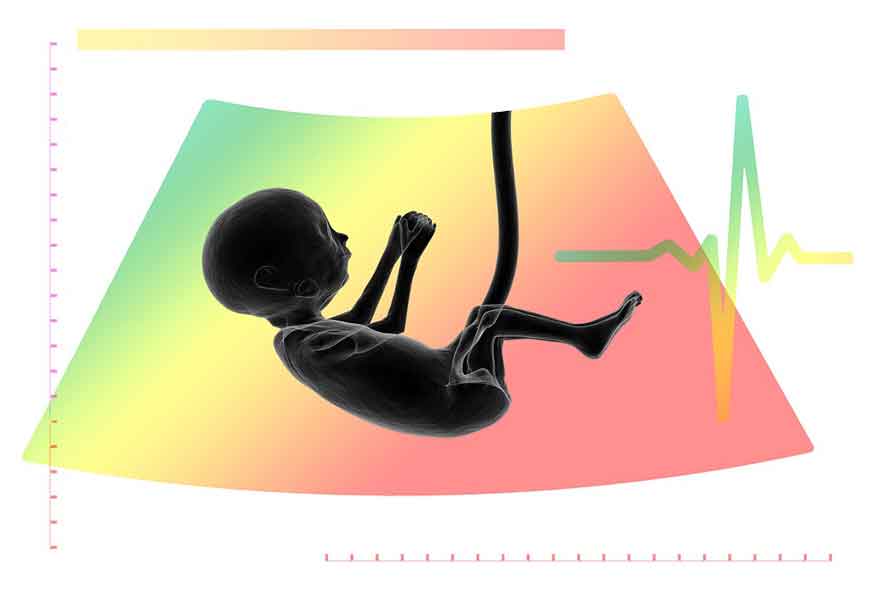 Abortion extremists are the new Luddites.

Remember Ned Ludd from your grade-school history lessons? He was the Occupy Wall Street agitator of his time — a phantom leader of early 19th-century British textile workers who vindictively smashed spinning jenny power looms to bits in a desperate bid to halt technological progress.

Now, it's radical feminists hysterically stoking fear and loathing of machines. Revolutionary developments in sonography have endangered their agenda of unrestricted abortion on demand, at all times, no questions asked. The popular diagnostic tools that give parents and doctors around the world an increasingly vivid window to the womb fundamentally undermine Planned Parenthood's dehumanizing propaganda.

With more and more pregnant women over the past three decades changing their minds about abortion after seeing and hearing the life growing inside of them, the peeved pussyhat brigade is on a mission:

Ultrasounds. Must. Be. Stopped.

The latest salvo in the wimmin's war on sinister sonograms? It's a doozy of a screed this week published by Moira Weigel, "writer and a doctoral candidate in comparative literature at Yale University," in the Atlantic Monthly magazine originally titled, "How the Ultrasound Pushed the Idea that a Fetus is a Person."

What a patriarchal jerk, that insidious Mr. Ultrasound is, pushing around such sexist lunacy as the idea that unborn babies are alive!

The original subheading of the article is even better (er, worse): "The technology has been used to create an imaginary 'heartbeat' and sped-up videos that falsely depict a response to stimulus."

Weigel sneered that "there is no heart to speak of" in a six-week-old fetus and used "heartbeat" in scare quotes to assert her scientific authority. She similarly employed those scare quotes to deride "life," "baby" and "baby bump."

After actual medical experts and parents exposed Weigel's Neanderthal ignorance of basic embryology, the ridiculous claim was removed and a sheepish noncorrection correction appeared at the end of the biology denier's piece for the once-august Atlantic Monthly.

"This article originally stated that there is 'no heart to speak of' in a six-week-old fetus," the editors' note admitted. "By that point in a pregnancy, a heart has already begun to form. We regret the error." (Read it in smarty-pants "Saturday Night Live" character Emily Litella's "Neeever mind" voice for full effect.)

Curiously, Weigel raised no objection to the appalling use of ultrasound by Planned Parenthood operatives to harvest unborn baby parts. In 2015, the Center for Medical Progress exposed how Dr. Deborah Nucatola, the abortion giant's senior director, boasted of using "ultrasound guidance" to improve the quality of coveted organs ("a lot of people want liver"). Ultrasound machines helped their harvesters "know where they're putting their forceps" to score better prices.

"We've been very good at getting heart, lung, liver," Dr. Nucatola chirped, "because we know that, so I'm not gonna crush that part, I'm gonna basically crush below, I'm gonna crush above, and I'm gonna see if I can get it all intact."

Ironically enough, we don't need ultrasound to see quite clearly, through the ghoulish words and barbaric deeds of abortion zealots like Quack Doctor Wanna-be Weigel and Dr. Nucatola, that having a heart doesn't always guarantee humanity.