Worthy Asylum Seekers --- Or Not? 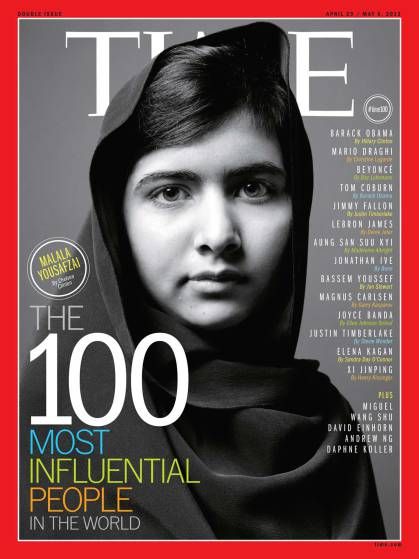 Earlier this week I was at an event that honored Malala Yousafzai.

Malala, in case you don't recall, is the brave young school girl from a village in Pakistan who was nearly killed in 2012 by the Taliban.

She was just 15 when she was shot in the head by a Taliban gunman for publicly speaking out for the right of all girls to receive a free, safe and quality education.

Malala, who became world famous while she lay in a coma for 10 days in a British hospital, was lucky to be given asylum in Britain with her family.

She went on to create the Malala Fund, which she says is dedicated to giving every girl in the world "an opportunity to achieve a future she chooses."

In 2014 she became the youngest person to win a Nobel Peace Prize and now, at the ripe old age of 21, she's studying philosophy, politics and economics at the University of Oxford.


When I texted my son Cameron to tell him I was at the event honoring Malala, he pointed out that she was a perfect example of why the United States and countries like Britain offer asylum to refugees.

Unlike the 6,000 migrants from Honduras that are now in Tijuana trying to crash their way into the United States, Malala and her family were in serious danger.

They met the international definition of a refugee perfectly - "a person with well-founded fear of persecution for reasons of race, religion, nationality, political opinion or membership in a particular social group, who has been forced to flee his or her country because of persecution, war or violence."

Those 6,000 Central American refugees, as my son also pointed out, are not just trying to take advantage of our generous immigration system and hours of sympathetic liberal media coverage.

By cutting in line, and by clogging up an already backed up application process, they are making it so that the people that truly deserve asylum - worthy refugees like Malala and her family - might not be able to get it.

Realistically, despite Rachel Maddow's tears, most of the migrants from Honduras or Guatemala rushing our southern border are never going to meet the qualifications for asylum, a bureaucratic legal process that takes a long, long time.

Only about 40 percent of applicants from around the world in any given year qualify for asylum, according to the National Immigration Forum's web site.

As of July there were more than 700,000 pending asylum cases in our overwhelmed immigration courts and the average wait time for a hearing was 721 days.

During 2017, when there was a big jump in asylum applications from Central America and the total cases filed hit 200,000, only about 30,000 individuals were approved.

As Tucker Carlson pointed out last week, to argue, as the left and liberal media do, that those Honduran migrants in Tijuana automatically deserve to be let into the U.S. because of the poverty and violent crime in their native land is patently absurd.

If poor living conditions and rampant violence are the basis for asylum in America, Carlson said, then the whole country of Honduras should get it.

I don't know if most people know it, but more than half of the individuals who were granted asylum in the United States in 2016 - 20,500 souls - came from two places:

Most of them - 44 percent - ended up living in California, which helps to explain why one of the richest states in the Union is now the home for about 7.4 million people who live in poverty, more than any other state.