What Dems Need to Learn About Education 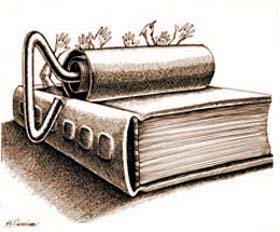 In the early 1970s California was America's Nirvana.

It was a sunny, well-run, happy and free-spirited place of limitless opportunity where half the young people in Flyover Country wanted to move to, enjoy and spend the rest of their lives.

At the time, California's government was a model for every other state. Its infrastructure, educational system and growing economy were top notch.

But that was a long, long political time ago.

Since then, the California Dream has been transformed into the California Nightmare by Democrats and their liberal ways. Now the Golden State is famous for high taxes, over-spending, failed education policies, overgenerous social welfare programs, a huge homeless population and bad environmental and energy rules.

In other words, today California is a social, fiscal and economic s-hole.

Young people and even middle-class people can no longer afford a house or apartment in cities like Los Angeles or San Francisco unless they want to live in a commune or in a tent on a filthy downtown sidewalk.

The only demographic that can still afford to live comfortably in California these days are Internet millionaires and rich Hollywood celebrities.

Thanks to their famous leftwing politics and their money, they've made California into a drive-through ATM for the Democrat Party.

Every Democrat running for president comes out to La-La Land for a fundraiser, grabs their money, leaves ASAP on a red-eye and pretends they don't see what a wreck their pet ideas have made of California.

Presidential wannabes Kamala Harris, Elizabeth Warren and Cory Booker were here just this week, holding "I hate Trump" fundraisers, appearing at town meetings to promise what they're going to do about guns and violence and calling everyone in the Republican Party a racist.

Not one of them brought up the California's horrible broken educational system and how it harms kids, especially poor black and Latino kids.

Neither African-American candidate boasted about what they'd do about the fact that 75 percent of black kids in California are unable to read, write or do math at their grade level.

Or that the only thing too many black and brown kids are qualified to do when they get out of the state's public schools is to steal a gun and join a gang and start using it.

To be fair, public schools have been failing poor kids for decades in every major city of America.And both parties have failed to address the issue.

But if Harris and Booke are serious about fixing public education's ongoing failures, which I don't think they are, it's going to take much more than repeating their party's standard solution - pouring more money into schools and the pockets of the teachers unions.

Offering more school choice to the parents of black and brown children and opening more charter schools would be a start, but Democrats will never go there because they are too fond of the teachers unions and their political donations.

It's always shocking to me that a privately funded school my wife and I have visited in the gigantic slums of Nairobi, Kenya, is able to do a better and smarter job of educating its poorest kids than our schools do.

The kids from the slum all wear uniforms, read lots of books and learn English - because, as school administrators will tell you, it is "the language of success."

The school officials in Nairobi know that getting a good education - and speaking English -- is the only sure way for their poor kids to get out of the slums and achieve success.

Why don't we know that yet in California? Why don't the left-liberal trio of Harris, Booker and Warren get that?

Instead of coming back to beg more money from the rich liberal elites of California, I challenge Harris, Booker, Warren and the others to go instead to see how education works in that school in Nairobi. They might learn something.