LORD SAVE AMERICA --- From Joe Biden 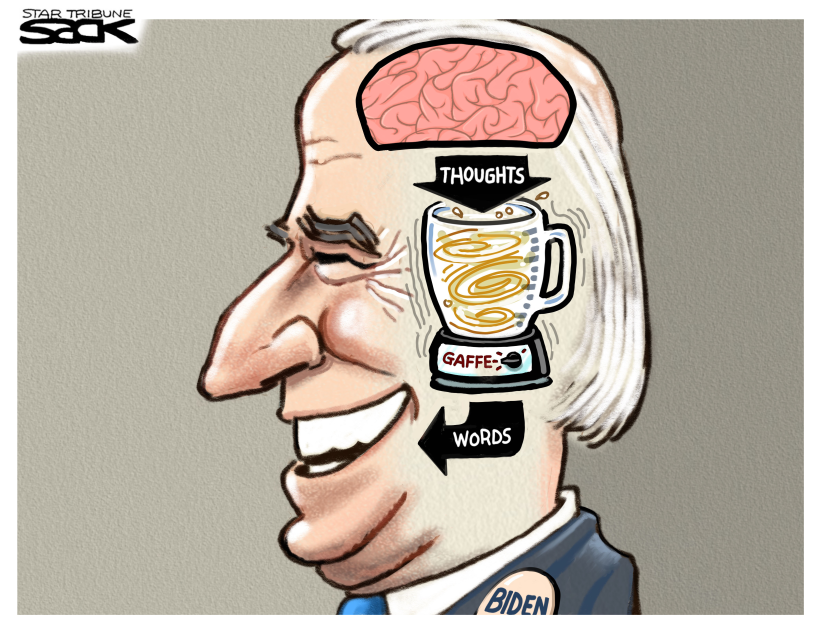 Biden is obviously cognitively impaired, he's morphed into a Bernie Sanders lefty and he's been making wrong decisions about race and foreign policy for half a century in Washington.

Yet his boosters and protectors in the liberal media would have us believe that if he’s elected president America's serious problems will miraculously disappear.

The COVID-19 pandemic will vanish overnight.

Rioters and anarchists will no longer disrupt or destroy the downtowns of cities like Portland.

And, faster than you can say Barack Obama, young black males in Chicago will stop their tradition of killing each other at the rate of about 10 per week, turn in their Glocks and become school crossing guards.

The liberal media constantly tell us that everything wrong with America today including the sticky weather is the fault of President Trump.

No matter what Trump does or doesn't do to fight COVID-19, resuscitate the economy or subdue the rioting and violence in Democrat-wrecked cities, he is attacked.

For example, every day the Monday afternoon quarterbacks in the liberal media fault him for not responding fast enough to the threat of COVID-19.

But if he had ordered a shutdown of the entire country in January, when medical experts like Dr. Fauci were assuring us the coronavirus was not a serious threat to Americans, Trump would have been declared a power-mad dictator by Nancy Pelosi and impeached (again).

And what, by the way, would the brilliant Pelosi-Bernie Democrats have done differently?

Would they have consulted their crystal ball and shut down the country last November?

Ordered industry to crank out a hundred thousand ventilators and tens of millions of face masks during the Christmas holidays?

Sure they would have – on some other planet.

Joe Biden said in that stupid speech he tried to read the other day that he knows how to defeat the coronavirus and build America back better. But everything he promised he'd do next year, President Trump has already done.

Meanwhile, the whole country has been turned upside down by the radical Democrats left-wing insanity, including the defunding or abolishing local police and completely closing jails.

The inept politicians ruining some of our greatest cities – all Democrats – have told their police to stand down while rioters and looters run wild, occupy several city blocks or threaten citizens with violence.

Rioters and looters suffer few if any penalties, even if they are arrested, which is rare.

Yet when homeowners like the McCloskeys of St. Louis arm themselves to defend their property from a passing mob, their guns are seized and they are charged by the local prosecutor with a felony gun crime.

It’s events like that that make me afraid of what will happen if Biden becomes president and invites leftists like AOC to take over his administration.


I don't want my grandchildren to live in a socialist, "woke" country where the Second Amendment and the rest of the Bill or Rights have become null and void.

For more than two centuries America has been the great country that people from around the world seeking freedom flocked to.

Those people still love and understand America and want to raise their children here, but many of our own young people no longer like America.

In fact, thanks to our leftwing colleges, our kids are taught not to love America and its ideals of freedom and equality under the law, but to hate it.

They've been taught that they live in a nasty capitalist country founded by white racists that serves only the very rich and exploits the poor and working classes.

They've been taught that America's past and present imperfections are the fault of privileged white people. But some of us know that white privilege is not the real problem. White liberals are.