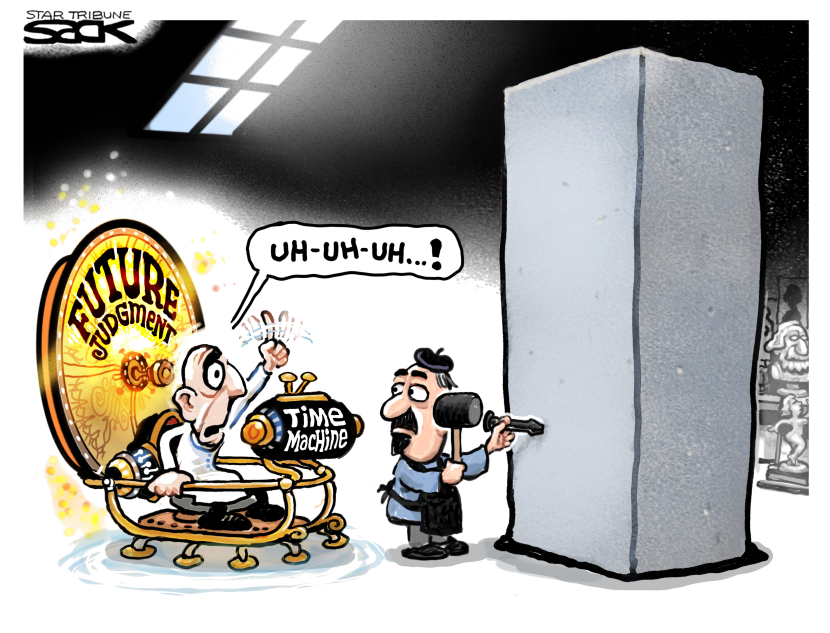 The other day I mentioned to my son Cameron something I heard the great economist Thomas Sowell say.

Sowell had reminded the Black Lives Matter protestors who were indiscriminately toppling statues and defacing monuments around the country that a lot of white people were instrumental in ending slavery.

Not just Ulysses Grant, Abraham Lincoln and the hundreds of thousands of Northern soldiers who died in the Civil War, but also many abolitionists who were fighting to end slavery long before the shooting started.

"That's funny," Cameron said, "I've been doing research on Mom's side of the family. You wouldn't believe how famous and influential they were."

Cameron, 42, is a stay-at-home dad with a lot of time on his hands.

He was discovering a lot of information we didn't know about my wife Colleen's historic family, the Sterns, who trace their origins back to the English immigrant Isaac Stearns.

Isaac Stearns, who had an "a" in his last name, was not only among the original Puritans of the Massachusetts Bay Colony. He and his two brothers came over in 1630 on John Winthrop's boat, the Arabella.

Cameron told me Charles River in Boston was named after Isaac's brother Charles Stearns when he fell overboard into the unnamed channel.

"You're kidding," I said, not knowing that all of America's Stearns/Sterns, poet T.S. Eliot and some guy named Richard Nixon are direct descendants of Isaac Stearns.

Cameron was only getting started, however.

Next he told me about Charles Luther Stearns, an American superstar who built a fortune as a merchant and industrialist in the Boston area and in the 1840s became a prominent leader in the North's anti-slavery movement.

Stearns was no limousine abolitionist.

He financed the settlement of anti-slavery homesteaders in Kansas. He turned his estate into a stop on the Underground Railroad that helped escaped slaves get to Canada. Harriet Tubman was a regular visitor there.

Stearns was also a member of the "Secret Six" that supplied radical abolitionist John Brown with weapons for his failed attack on Harpers Ferry.

And during the Civil War he pushed for the enlistment of black soldiers in the Union Army.

Working with his state, he recruited the black infantrymen for the 54th and 55th Massachusetts regiments featured in the movie "Glory." He also provided schools for the kids of the soldiers and jobs for their families. In his spare time founded several magazines including the Nation.

After emancipation, Stearns pushed hard to advance civil rights for blacks until he died at age 58 in 1867.

It's no accident that his friends included Henry David Thoreau and Frederick Douglass, and Ralph Waldo Emerson delivered his eulogy.

Three decades later Booker T. Washington, the most famous black man in America, honored Stearns by name at the dedication of the spectacular bronze sculpture created for the 54th Regiment Memorial in Boston Common.

As Cameron quipped, "Ronald Reagan who?"

It's been great to learn that my wife's ancestors played such an important part in the birth of the country, the history of Boston and the fight to abolish slavery and help the freed slaves.


But my story about the proud history of Colleen's family has a sad ending.

On June 3, exactly 123 years after Booker T. Washington dedicated it, the 54th Regiment Memorial was painted with four-letter words and phrases like "Black Lives Matter," "No Justice, No Peace," and "Police are Pigs."

Like the statues of Ulysses Grant, Frederick Douglass and other forgotten abolitionists who fought for the freedom of blacks, the 54th Regiment Memorial was desecrated by a mob of white and black protestors and professional vandals.

It would have been nice if before those social justice warriors defaced the memorial and roughed up 15 other statues on Boston Common they had studied a little history. They'd learn it's not as black-and-white as they think.