Actually, the Dems' Debate Could Have Been Worse 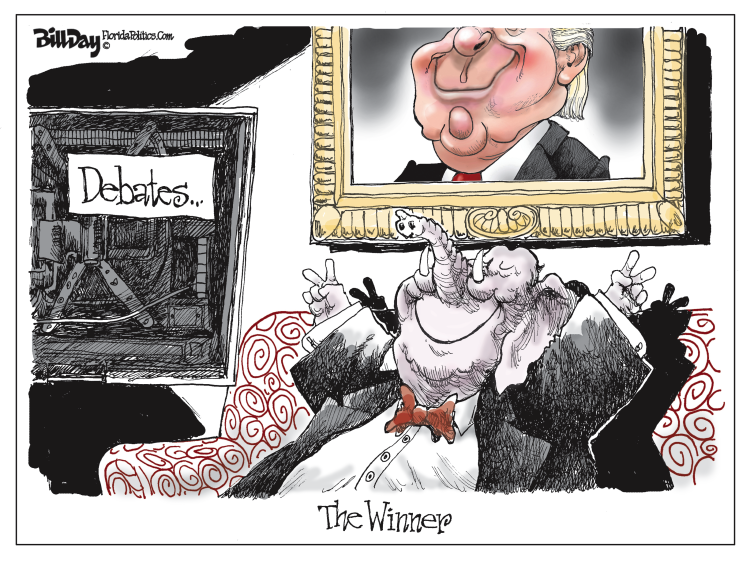 Expectations could not have been lower going into round one of the Democrat Party's ridiculously overcrowded presidential debate in Miami.

Maybe that's why it turned out to be a decently watchable debate. It was no "Games of Thrones" finale, but it could have been much, much worse.

NBC had that embarrassing audio glitch at the halfway point, which actually turned out to be entertaining.

They lobbed dozens of softball questions to the ten politically indistinguishable major and minor league Democrats who have deluded themselves and their parents into thinking they are going to become president someday.

The moderators let everyone deliver their pre-canned answers on how they'd solve issues like health care and immigration and save the planet from the twin existential threats posed by climate change and President Trump.


Being good liberals themselves, they let every socialist candidate take home run swings at big pharma and the rich one precent, and make their wild promises of free healthcare and free college for all.

If Savannah, Todd or Rachel pressed anyone on how much all the "free" government stuff they wanted to give away was going to cost, or how they planned to pay for it, I missed it.

NBC's moderators were operating under tough circumstances, but it would have been nice if they had asked some tougher questions or baited the candidates into sniping at each other.

They also might have asked a few of them to explain why Congress and previous administrations, including Obama's, have refused for nearly 40 years to do what is necessary to secure the border and reform immigration laws.

Everyone in the country was understandably saddened this week by the photo of the dead father and his little daughter who drowned trying to cross the Rio Grande.

Democrats naturally have blamed their deaths on President Trump, but as I said on Newsmax after the debate, there have been Latino men, women and children dying coming across thatborder for years.

Our border patrol officers find their dead bodies in the desert every day. But no one ever blamed Obama or his policies for their deaths, just as they never blamed him for those "cages" that were built for immigrant children during his reign.

Giving candidates just 60 seconds to tell America how they plan to end the immigration crisis, reform healthcare or avert climate change was a mistake that should be fixed for future debates when the field of candidates drops to an even dozen or so.

But some candidates clearly did better than others.

Elizabeth Warren and her multi-list of big plans for government solutions to everything was arguably the big winner. She knew what she wanted to say and said it clearly and energetically.

Booker did well and didn't make a joke out of himself, though I wish Chuck Todd has asked him if he thought Bill Deblasio was doing a good job as mayor of New York.


The most sensible guy on the stage, who 99.9 percent of Americans have never heard of, was the retired businessman and ex-congressman from Maryland, John Delaney.

He pointed out the foolishness of everyone else's favorite fix for health care, Medicare for All.

Go to your local hospital, what's-his-name said, and ask the administrators what would happen if every one of their bills were paid at the current Medicare rate. They'd tell you the truth, he said -- they'd have to go out of business.

But if it had been an episode of "Survivor" and I had to pick the winners and losers, I'd let Warren, Booker, former Housing Secretary Julian Castro and New York Mayor Bill Deblasio move forward and I'd send the rest home.