Damning the Do-Nothings of Congress 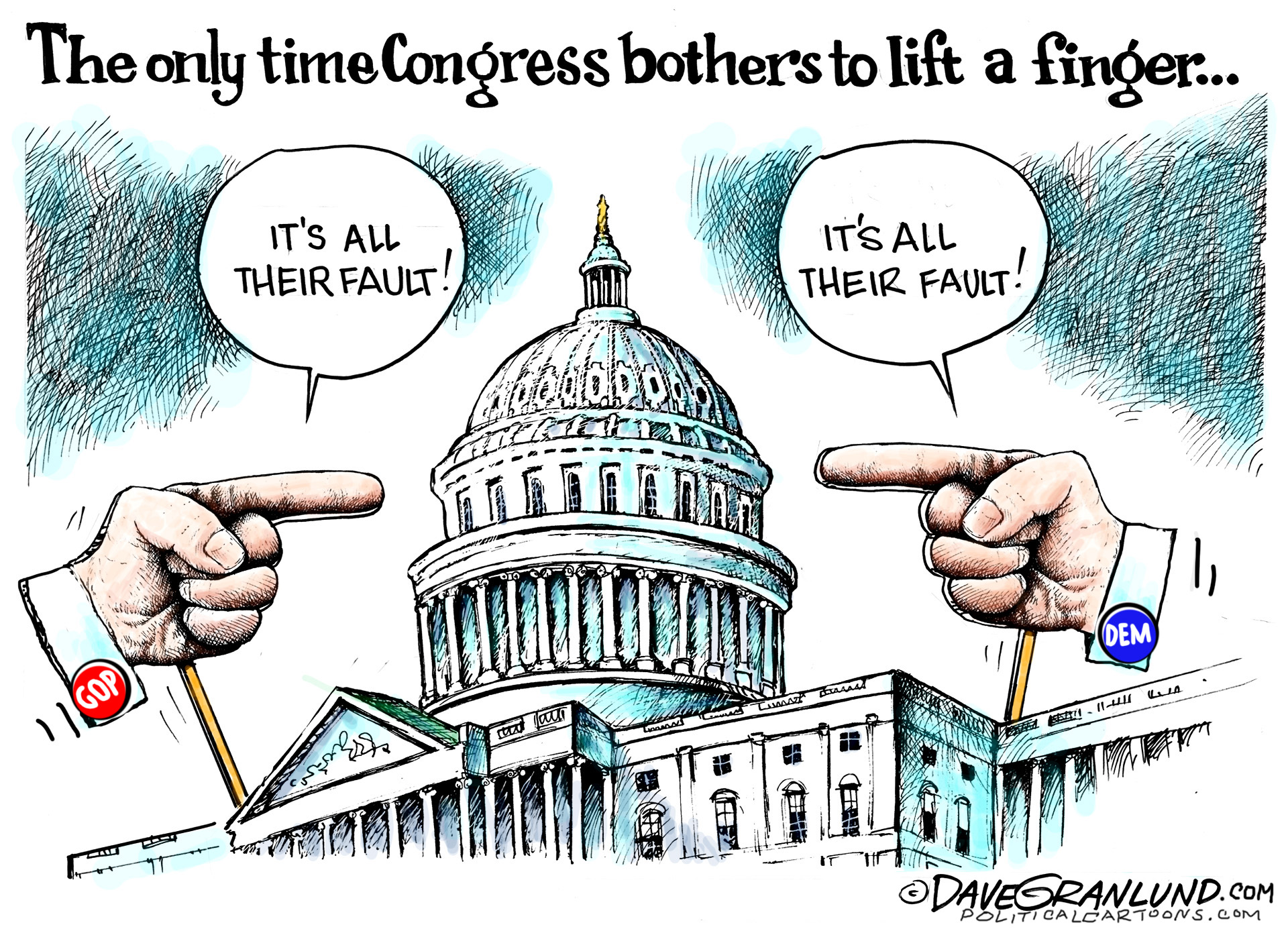 Alexandria Ocasio-Cortez is the looniest lefty I've seen elected to Congress in my lifetime.

But Ilhan Omar, her fellow rookie House member from Minnesota, is so radical she scares the pants off me.

After watching Omar in action, it's pretty clear to me that the Muslim Democrat hates America almost as much as she hates Israel.

Before she got to Washington she had already raised eyebrows for her support of the socialist dictator who's wrecked Venezuela, Nicolas Maduro, and her call to abolish ICE, the Immigration and Customs Enforcement agency.

She's also a big fan of sanctuary cities and opposes President Trump's border wall because it's "racist and sinful."

But this week, Omar got in big trouble for a tweet insinuating that the prime reason U.S. politicians so faithfully support Israel is because they get lots of money from AIPAC, the largest pro-Israel lobbying group in the country.

She apologized profusely, but only after Republicans and the grown-up members of her own party loudly condemned her statements as anti-Semitic and "deeply offensive."

It's too bad Omar didn't take up President Trump's suggestion that she resign from Congress - or at least voluntarily step down from her spot on the House Foreign Affairs Committee.

Now it looks like we're going to be tortured by the liberal media's soft coverage of Omar's anti-Americanism and AOC's idiotic Green New Deal for the next two years.

Omar, AOC and their followers would never admit it, but their elections have something in common with President Trump.

All three of them are political outsiders who were elected in part because millions of voters are tired of the do-nothing Democrats and Republicans in Congress who can't - or simply won't -- solve the country's most important issues.


It's been 33 years since my father signed the Simpson-Mazzoli Act, which granted amnesty to about 4 million illegal immigrants and was supposed to reform U.S. immigration policy but never did because of Congress.

Since 1986 Democrats and Republicans have done virtually nothing to fix immigration or secure the border.

At one point or another, they each have had control of both the White House and Congress - and still nothing.

The dirty secret everyone in Washington knows is that politicians in both parties don't really want to solve the immigration problem.

Both political parties, or groups within them, want the immigration issue to be in a constant state of debate.

That way during election time they can use their tough position on a border wall, or their demands for amnesty for illegals, to raise money for themselves and their parties.

It's all about raising money.

If the immigration problem is solved, the politicians will lose millions, so they work overtime for years to make sure they do nothing.


That strategy, combined with blind hatred for President Trump, is why we have this latest crisis revolving around immigration - legal and illegal.

You can take it to the bank that no matter what temporary band-aid President Trump and the Democrats sign this week, if they do, immigration and border security will still be a major issue in the 2020 elections.

Until then, thanks to the selfish do-nothings in Congress and despite President Trump's one-man crusade, we won't have a proper border wall with Mexico.

But we'll still have sanctuary cities - and states - where illegals are protected from immigration laws and supplied with free health, welfare and educational benefits.

We'll still have a path to legal immigration that is bureaucratic, expensive, lawyer-intensive and takes so many years to complete that it encourages illegal immigration.

And because the entrenched men and women in Washington refuse to do their jobs and solve important issues like immigration or health care reform, they'll keep the side door to Congress open for more radical socialists and Jew-hating Muslims.

Which is why I'm feeling more scared than ever for the future of my kids and grandkids.