Trees and plants grow, not adults 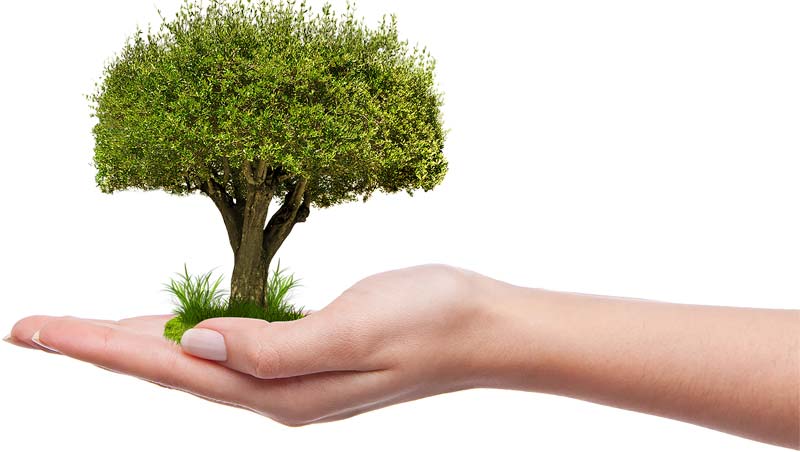 Maybe this is semantics, but please bear with me.

A Jewish catchword of the past few years is "growth." As in "to grow in one's Judaism" or to "grow as a person" or to "grow spiritually." Do you know what this means? I do not.

Yet, I hear the word all the time.

• The new rabbi is engaged in order to help the congregants "grow."

• The rabbi himself needs time to foster his own "growth," so please take that into account when he doesn't answer your calls or text messages between 9 and 11 in the morning.

•There are two types of synagogues: the static ones, in which the members have no interest in "growing," and the more serious ones, whose members try to "grow" (we're not talking about membership numbers here).

• Some people read books about Judaism. These people just absorb information. Other people try to "grow" personally on the basis of what they read.

Granted, the sentiment behind the search for growth is admirable. One can never remain on the same spiritual plane; if one is not rising, one is falling.

And if it is a skewed concept, what is a better one?

I am put off by "growing" because it is very vague. It reflects the superficialities of the Zeitgeist, in which virtually any activity -- any exercise, any diet, any book, any spiritual path, any guru's teachings -- is packaged as "growth."

Yet, if everything can be growth, nothing is. And if growth is not well defined, then almost any imaginable "growth" agenda can make one feel good, but actually mask the fact that this agenda does not really bring one closer to his purpose in life, or closer to to G od, and does not really deepen one's Jewish knowledge.

"Growth," I trust, can be pursued with integrity and genuine accomplishment, but it also borders on being a gimmick, actually shielding a people from spiritual accomplishment by convincing them that anything qualifies.

I think the word "growth" has an ascertainable meaning when it is used in response to a tragedy: an early death; a terrible illness; a large financial setback; a divorce; another family calamity. In such unfortunate instances, it is possible to trace how one (sometimes) grows from them. But as a personal goal, a positive goal, an agenda that one sets for oneself and not a terrible condition imposed from the outside, "growth" is most often too vague to make a difference or, at worst, is an illusion.

What, then, is the alternative to "growth"?

I raise the question because the holiday of Shavuos begins Saturday night. This holiday marks the giving of the Torah, which shapes Jewish identity and ideals. The Torah both challenges and rewards its adherents.

What is the basic process that the Torah sets before us? Not "growth," I would argue, but change.

Change is discernible, even measurable. If I cut corners on my income tax return last year, but do not do so this year -- or even if I cut fewer corners -- I have changed. It's a positive move. It's knowable. It's something I decided, something I did.

Something definable, discernible. I am closer to G od.

If I pray six times a year now, but change that to a weekly prayer session, well, of course, the quality of my prayer may remain stilted. But I am trying. I am more serious. I certainly have changed, at least mechanically. The likelihood is greater that sooner or later I will also change on a deeper level. And I will know so, because I am praying so much more frequently.


Again, of course, at the beginning of my changes I may be going through the motions, not challenging myself to really understand what I am doing. But since I am working harder, I have changed. It's likely I'll get closer to G od.

In Judaism, that is not vague.

For, by the Torah's definition -- by the uniqueness of Judaism -- one comes close to G od via His carefully defined, delimited, knowable acts or mitzvos (praiseworthy deeds). They are both the agents and the measure of change.

May you have a meaningful Shavuos!