Leftists Will Be Leftists 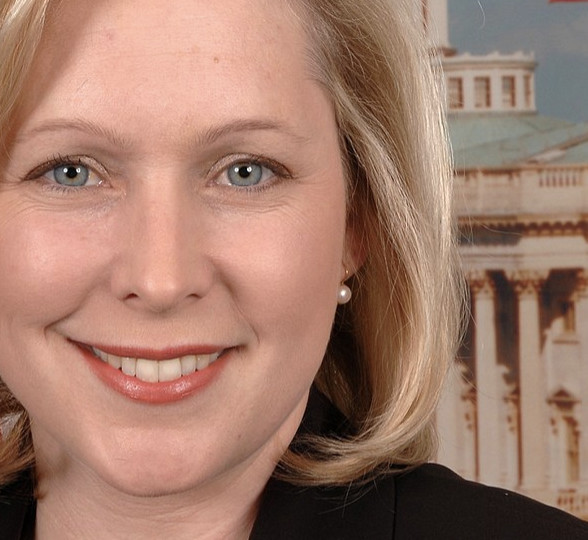 Sen. Kirsten Gillibrand's comments on the pro-life cause and its advocates are illustrative of the left's increasing extremism, militancy and disturbingly intolerant and authoritarian mindset.

Someone asked Gillibrand if having a litmus test for judicial nominees would threaten judicial independence, as she has promised to only appoint justices who would affirm the Supreme Court case of Roe v. Wade, which created — out of whole cloth — a constitutional right to abortion.

"I think there's some issues that have such moral clarity that we have as a society decided that the other side is not acceptable," said Gillibrand. "Imagine saying that it's OK to appoint a judge who's racist or anti-Semitic or homophobic ... asking someone to appoint someone who takes away basic human rights of any group of people in America. ... I don't think those are political issues anymore."

"And we believe in this country in the separation of church and state, and I respect the rights of every American to hold their religious beliefs true to themselves, but our country and our Constitution has always demanded that we have a separation of church and state," she continued. "And all these efforts by President Trump and other ultra-radical conservative judges and justices to impose their faith on Americans is contrary to our Constitution, and that's what this is. And so, I believe that for all of these issues, they are not issues that there is a fair other side. There is no moral equivalency when you come to racism, and I do not believe there is a moral equivalency when it comes to changing laws that deny women reproductive freedom."

What a treasure trove of otherworldly statements! You have to wonder whether this longer-than-long-shot Democratic presidential fantasist actually believes these things or if she is just desperate to outflank her rivals to the left.

Contemplate the arrogance of asserting that society has reached moral clarity in saying that it is wrong to change laws that deny women reproductive freedom. Polls show that Americans are equally divided on the abortion question, so who does Gillibrand have in mind when she says "society"? Does she live in an impenetrable bubble, or does she have such contempt for those who disagree that she doesn't consider them valued members of society?

She seems to be saying that the pro-choice half of America has decided that the other half "is not acceptable." This inference is not a stretch, considering that leftists consider most of us "deplorables," and that they declare a consensus on other factual and moral questions to discourage further debate. They foreclose, by fiat, debate on climate change and many cultural issues. If you disagree with any of the left's politically correct pronouncements, even if they have been established for only five minutes, you are not only unquestionably wrong but also irredeemably evil. So absolute is the leftists' position on these "settled questions" that the questions can't even be considered political.

This is dangerous thinking, but it is how leftists think. They take a position, grow increasingly entrenched and then declare a societal consensus. Consensus doesn't mean that almost everyone agrees but that everyone who matters, or who is reasonable, does. This is a neat circular trick. Proclaim, for example, that the pro-life position is so manifestly wrong that anyone who disagrees — even if dissenters equal proponents in number — is unreasonable and immoral.


Gillibrand is correct about one thing. There is abundant moral clarity on the abortion issue. With certain exceptions, which are debatable, it is wrong to kill an unborn baby. But unlike the Gillibrand left, conservatives aren't likely to declare dissenters as societal outcasts or their views beyond debate.

Finally, there is the left's ongoing misinformation about the so-called separation of church and state. While the Constitution's First Amendment Establishment Clause prohibits the federal government (and state governments via the incorporation doctrine) from establishing or unduly supporting a national religion, it does not prohibit people from supporting or opposing laws consistent with their faith.

I support laws against murder, theft and other things based on my Christian beliefs. Secularists support and oppose laws based on their beliefs. All groups are free to do that without violating the Establishment Clause, and if you deny them the right to advocate for or oppose laws based on their respective worldviews, then you violate their First Amendment right to free speech and possibly the right to the free exercise of religion.

It is ironic that people so confused about basic constitutional issues and fundamental moral questions presume their absolute moral superiority on such questions and declare them beyond debate. But leftists will be leftists.