It Depends on What the Meaning of Facts Is 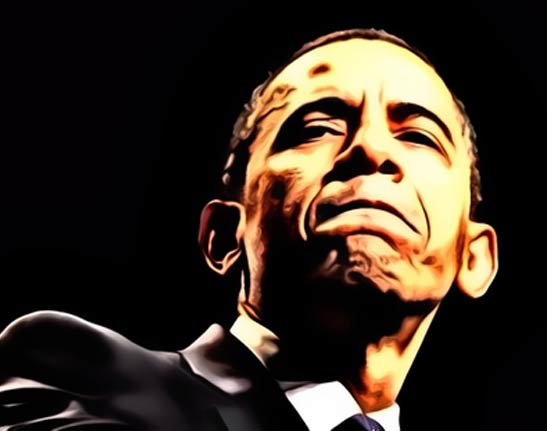 Former President Barack Obama (I love the adjective preceding his title) made some comments at the recent Global Opinion Leaders Summit in Japan that I can't let slide, so please forgive me.

"It used to be that the two political parties in the United States would disagree but there was a common base line of facts and a set of norms in terms of political behavior that were followed. ... You could have a disagreement, but basic things got done. ... And some of the reason for that is ... it used to be that in the United States, there were three television stations. Basically everybody watched the same thing. Everybody got their news from the same sources, and so everybody had, more or less, a similar view of the world. But today, because of first cable television and then now the internet, people have 500 channels to choose from, and they are able to find the news that fits their views instead of fitting their views to the news, so they are very biased in terms of how they see things, in a way that just didn't used to be the case. And so it becomes harder to have a proper democratic debate if we don't agree on just basic facts. ... I can have an argument with somebody who doesn't think it's worthwhile for us to sacrifice economic growth in order to reduce carbon emissions. It's much harder to have a debate with somebody who doesn't believe that the planet is getting warmer despite the fact that 99 out of 100 scientists say it is. ... When you don't have a common set of facts, it's hard to have, then, a basic democratic conversation."

The opinion Obama is expressing is not unique to him. This is the way far too many liberals think. I've heard former news luminaries such as Ted Koppel and Dan Rather separately lament that conservatives are essentially in a different reality. The liberal worldview springs from a healthy mind; the conservative one is not a different but valid alternative; it is just wrong.

Do you see the irony?

Liberals don't see that they are grossly guilty of what they are complaining about. They are the ones who don't accord legitimacy to opposing views. Obama revealed his contempt for opposing viewpoints most infamously in his "bitter clingers" remark, but we witnessed him demonstrating it throughout his presidency, when he seemed to take umbrage at disagreement itself, as opposed to the reasons for the disagreement. If people disagree with leftists, they are being unreasonable, because leftist ideas are self-evidently true. Even worse, they presume that they alone are compassionate and that conservatives are heartless, self-interested wretches.

As an example, a young leftist criticized me on Twitter for noting that a certain student gun control activist has become offensive, hostile and partisan in his advocacy while berating those who don't agree as placing their partisanship before children's safety. My Twitter stalker asked me: "Since when is not wanting to get shot a partisan issue? Aren't you bothered in the least that grade-schoolers have drills about crazed gunmen?"

I responded: "What makes leftists think that because we don't agree with your proposed solutions we care any less about the problem than you? We actually want to address it. Your collective arrogance is astounding — no offense. I assume you want to help; you assume we don't care."

Now back to Obama. He longs for the days when an oligarchic media delivered a monolithic message. Darn that Rush Limbaugh (though Obama forgot to mention my evil brother this time) for opening up the media floodgates for an equally valid worldview. Darn Fox News and darn the internet. Competition is anathema to leftists not only in economics but also in the dissemination of information itself — the lifeblood of democracy.

They liked it better when the reporting of so-called facts was controlled by a narrow group of Beltway elites with a similar bias — a bias that influenced what the elites deemed important enough to report (or useful to their political agenda), the way they reported it and their commentary on it. It was much better when the expression of conservative dissent was limited to the local bar and the renegade conservative newspaper columnist.

A good way to determine which group of people is credible is to notice which is unafraid of the liberal flow of information and of the public's ability to separate fact from fiction. Those who want to control the information are the suspect ones. Former Supreme Court Justice Louis Brandeis famously said, "Sunlight is said to be the best of disinfectants." Ironically, Obama once approvingly cited this. You will note that it is never conservatives who advocate limitations on free expression through campus speech codes and other forms of censorship.

If leftists weren't so self-important, they might understand that these things they call "facts" are not always objectively true. Take Obama's dogmatic assertion that 99 percent of scientists believe the planet is getting warmer. Many dispute that assertion, saying that it is based on a skewed study and that there are thousands of scientists known to disagree. Further, many believe that even if it's occurring, it is not primarily being caused by human beings and that even if it is, there is not much we could do, short of returning to a Stone Age-like existence, to reverse the process, and it's doubtful that would work, either. Studies have shown that the draconian measures leftists support wouldn't appreciably reduce global mean temperature in 100 years.

But if we disagree with Obama's facts, then we are ridiculed as science deniers and told that there is a consensus and the matter is closed — claims that are wholly antithetical to the scientific method.

Leftists' attitude that their subjective opinions should be universally recognized as objective truth is precisely why we need to promote the flow of information from all sources and let the people decide for themselves what is and isn't credible. Thank heavens for the advent of conservative radio, conservative TV news and the internet, all of which, in various ways, liberals are trying to undermine or seize control over. Beware.