If Trump wins the nomination, prepare for the end of the conservative party 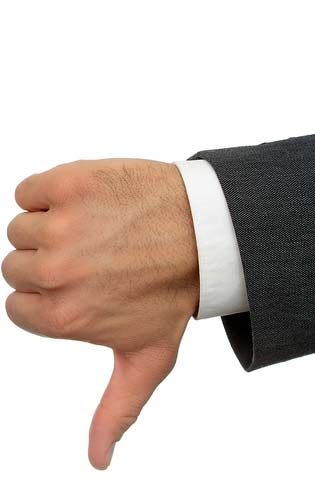 If you look beyond Donald Trump's comprehensive unpleasantness — is there a disagreeable human trait he does not have? — you might see this: He is a fundamentally sad figure. His compulsive boasting is evidence of insecurity. His unassuageable neediness suggests an aching hunger for others' approval to ratify his self-admiration. His incessant announcements of his self-esteem indicate that he is not self-persuaded. Now, panting with a puppy's insatiable eagerness to be petted, Trump has reveled in the approval of Vladimir Putin, murderer and war criminal.

Putin slyly stirred America's politics by saying Trump is "very ... talented," adding that he welcomed Trump's promise of "closer, deeper relations," whatever that might mean, with Russia. Trump announced himself flattered to be "so nicely complimented" by a "highly respected" man: "When people call you brilliant, it's always good." When MSNBC's Joe Scarborough said Putin "kills journalists, political opponents and invades countries," Trump replied that "at least he's a leader." Besides, Trump breezily asserted, "I think our country does plenty of killing also." Two days later, Trump, who rarely feigns judiciousness, said: "It has not been proven that he's killed reporters."

Well. Perhaps the 56 journalists murdered were coincidental victims of amazingly random violence that the former KGB operative's police state is powerless to stop. It has, however, been "proven," perhaps even to Trump's exacting standards, that Putin has dismembered Ukraine. (Counts one and two at the 1946 Nuremberg trials concerned conspiracy to wage, and waging, aggressive war.)

Until now, Trump's ever-more-exotic effusions have had an almost numbing effect. Almost. But by his embrace of Putin, and by postulating a slanderous moral equivalence — Putin kills journalists, the United States kills terrorists, what's the big deal, or the difference? — Trump has forced conservatives to recognize their immediate priority.

Certainly conservatives consider it crucial to deny the Democratic Party a third consecutive term controlling the executive branch. Extending from eight to 12 years its use of unbridled executive power would further emancipate the administrative state from control by either a withering legislative branch or a supine judiciary. But first things first. Conservatives' highest priority now must be to prevent Trump from winning the Republican nomination in this, the GOP's third epochal intraparty struggle in 104 years.

In 1912, former president Theodore Roosevelt campaigned for the Republican nomination on an explicitly progressive platform. Having failed to win the nomination, he ran a third-party campaign against the Republican nominee, President William Howard Taft, and the Democratic nominee, New Jersey Gov. Woodrow Wilson, who that November would become the first person elected president who was deeply critical of the American founding.

TR shared Wilson's impatience with the separation of powers, which both men considered an 18th-century relic incompatible with a properly energetic executive. Espousing unconstrained majoritarianism, TR favored a passive judiciary deferential to elected legislatures and executives; he also endorsed the powers of popular majorities to overturn judicial decisions and recall all public officials.

. Taft finished third, carrying only Utah and Vermont. But because Taft hewed to conservatism, and was supported by some other leading Republicans (e.g., Sen. Henry Cabot Lodge, one of TR's closest friends, and Elihu Root, TR's secretary of war and then secretary of state), the Republican Party survived as a counterbalance to a progressive Democratic Party.

In 1964, Barry Goldwater mounted a successful conservative insurgency against a Republican establishment that was content to blur and dilute the Republican distinctiveness that had been preserved 52 years earlier. Goldwater defeated New York Gov. Nelson Rockefeller for the nomination, just as Taft had defeated TR, a former New York governor. Like Taft, Goldwater was trounced (he carried six states). But the Republican Party won five of the next seven presidential elections. In two of them, Ronald Reagan secured the party's continuity as the custodian of conservatism.

In 2016, a Trump nomination would not just mean another Democratic presidency. It would also mean the loss of what Taft and then Goldwater made possible — a conservative party as a constant presence in U.S. politics.

It is possible Trump will not win any primary, and that by the middle of March our long national embarrassment will be over. But this avatar of unfettered government and executive authoritarianism has mesmerized a large portion of Republicans for six months. The larger portion should understand this:

One hundred and four years of history is in the balance. If Trump is the Republican nominee in 2016, there might not be a conservative party in 2020 either.