A Fitting Final Chapter To The Sleaze Sweepstakes 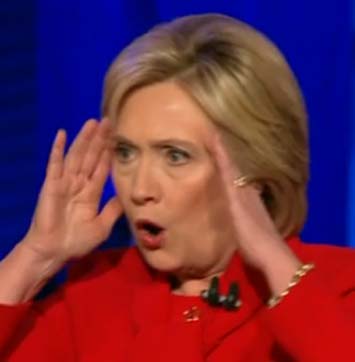 As the presidential campaigns sink to the challenge of demonstrating that there is no such thing as rock bottom, remember this: When the Clintons decamped from Washington in January 2001, they took some White House furnishings that were public property. They also finished accepting more than $190,000 in gifts, including two coffee tables and two chairs, a $7,375 gratuity from Denise Rich, whose fugitive former husband had been pardoned in President Clinton's final hours.

A Washington Post editorial ("Count the Spoons") identified "the Clintons' defining characteristic: They have no capacity for embarrassment. Words like shabby and tawdry come to mind. They don't begin to do it justice."

Today, as Hillary Clinton strives to live again among some White House furnishings that she and her helpmeet were compelled to disgorge. Her campaign flounders because as secretary of state some of the nation's business might have been melded with the contents of a computer that is pertinent to an FBI investigation of a former Democratic congressman's sexual texting with a female minor. Ransack the English language for words to do this justice.

During the recent welter of reports about the Clintons' self-dealing through their charity that has been very charitable to them, The New Yorker, reporting her plans to uplift the downtrodden, quoted her aspiration: "I want to really marry the public and the private sector." This would solve the Clintons' problem of discerning the line between public business and private aggrandizement: Erase the line.

So, herewith America's choice. Restore the House of Clinton. Or confer executive powers -- powers that President Obama by his audacity, and Congress by its lethargy, have proven to be essentially unlimited -- on another competitor in the sleaze sweepstakes, Donald Trump, who shares his opponent's disinclination to disentangle the personal and the political.

Into this political maelstrom, FBI Director James Comey injected an announcement that intensified the chaos without providing a scintilla of news that voters can use: An unknown number of emails of unknown provenance and unknown content might be "pertinent" to an investigation that already has established, beyond peradventure, that Secretary Clinton was "extremely careless" with sensitive material.

Add the FBI, and the Justice Department to which it belongs, to the carnage of institutions that is a byproduct of bad judgments by the political class that have voters asking Casey Stengel's question. In 1962, Stengel, manager of the New York Mets, an expansion team en route to a record of 120 losses, looked down his dugout at his woebegone players and wondered aloud, "Can't anybody here play this game?"

It is grimly hilarious to hear it said that the Justice Department, by not holding Comey to established protocols concerning discussions of ongoing investigations, and concerning pronouncements close to elections, has tainted itself. Obamacare would not have passed if Justice Department lawyers had not conducted what a federal judge declared a corrupt prosecution of Alaska's Republican senator Ted Stevens, costing him re-election. The department has enabled, by not seriously investigating, the IRS' suppression of political advocacy by conservative groups. Or of the IRS' subsequent destruction of subpoenaed emails pertinent to this. So, unsurprisingly, the most intrusive and potentially punitive federal agency continues to punish conservative groups for being conservative, according to Cleta Mitchell, a lawyer for groups who confirms there are indeed conservative organizations who were targeted by the IRS and have still not received their tax-exempt status.

In 2013, Barack Obama professed himself "angry" about "inexcusable" IRS behavior, before he decided there was not a "smidgen" of IRS corruption. He claimed to have learned about the IRS behavior from the media. Now he falsely claims that he learned from the media about Clinton's email abuses, although they had exchanged emails using her private server.

The defining scandal of the Obama era has been the media's lackadaisical consensus that Obama's administration has had no serious scandal. This, although with the Justice Department protecting the IRS, the administration has (in the words of Richard Nixon's White House counsel John Dean) used "the available federal machinery to screw our enemies."

Clinton, the ultimate author of her current agony, resembles no one so much as Nixon in her paranoia and joyless pursuit of joy. Her government career began with the House committee preparing Nixon's impeachment. Twenty-two years earlier, he had saved his career by addressing a supposed scandal with his nationally broadcast "Checkers speech," which was mawkish, abasing and effective.

How fitting it would be for a Clinton "Checkers speech" to end our long national nightmare that this campaign has been.