A petri dish for progressivism, and the capital city of alternative facts 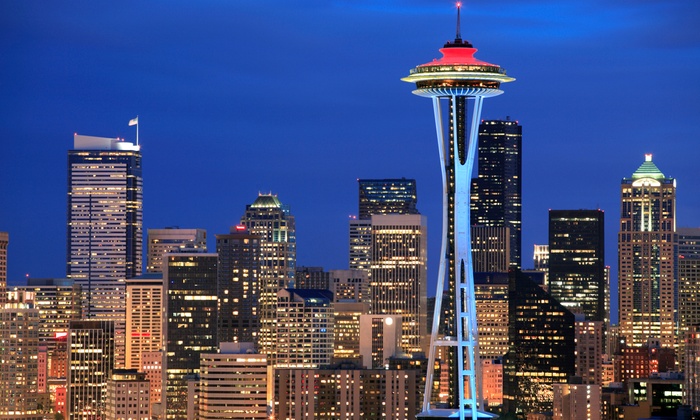 SEATTLE -- In this city, which is a petri dish of progressivism, a prevailing theory is that when you raise the price of something, people will buy less of it, except when they do not. Another, and related, theory is that constitutional and statutory texts should be construed in the spirit of Friedrich Nietzsche: There are no facts, only interpretations.

The city council has voted to impose a tax, effective next year, on sugary soft drinks, raising the price of a 2-liter bottle of soda about $1.18. Presented as a public health measure to combat obesity, the tax is projected to generate about $15 million a year, although the aspiration of sin taxes (e.g., Seattle's taxes on guns and ammunition) should be zero revenues because chastened consumers will mend their benighted ways. Still, proponents of the tax are confident that it will make people behave better by consuming less of the disapproved drinks.

Three years ago, the city council, adhering to another current tenet of progressivism, voted -- unanimously, of course -- to increase the city's minimum wage incrementally from $9.47 to $15 an hour.

The council rejected the contention that when the price of entry-level labor increases, employers buy less of it. The city commissioned a study from six University of Washington economists ranging from left to right, presumably expecting their findings to be congruent with other studies purporting to show that the demand for such labor, unlike the demand for sugary sodas, is price-inelastic.

(And unlike in Denmark, where the minimum wage increases 40 percent when a worker turns 18, and the employment of young workers declines one-third.)

The University of Washington study, however, published as a working paper by the National Bureau of Economic Research, concluded that the costs to low-wage Seattle workers have been three times larger than the benefits.

Using a richer trove of data and more sophisticated statistical methods than have been available for other studies of minimum wages, the report concluded that Seattle's still-advancing increase has cost more than 5,000 jobs, and that workers whose wages were increased to comply with the new minimum lost an average of $125 a month as employers reduced their hours.

Although total employment in the restaurant industry, which hires a substantial portion of minimum wage workers, did not decline, employers replaced less skilled, low productivity workers with others able to produce higher-value work products.

As one of the study's authors said, "Basically, what we're doing is we're removing the bottom rung of the ladder."

The city responded by seeking alternative facts. Forewarned about the six economists' conclusions, it sought more congenial findings from some economists at the University of California, Berkeley, who are known for research that supports the agenda of the national "Fight for $15" movement. The Berkeley economists were so prompt that their findings were publicized before the University of Washington economists' report was released.

Seattle's city council is as undeterred by constitutional and statutory language as it is by social science. In July, it enacted -- unanimously, of course -- a city income tax, setting the tax rate on incomes below $250,000 at 0 and a 2.25 percent rate on individuals' incomes above $250,000 and on household incomes above $500,000.

Washington, which has no state income tax, has a law that says: "A county, city or city-county shall not levy a tax on net income."

The city council, which overestimates its cleverness, claims it is taxing "total income" as defined on IRS 1040 forms. But that is net income, after deductions and exclusions.

Furthermore, the state's constitution has this "uniformity clause": "All taxes shall be uniform upon the same class of property." Twice the state Supreme Court has held that a graduated income tax is unconstitutional.

A suit challenging the city council's tax notes that cities, as creatures of the state, have only such taxing authority as is expressly granted by the state Legislature. And the tax is explicitly designed to "test the constitutionality of a progressive income tax," on which Washington's Supreme Court has repeatedly ruled.

The city council must hope that the state's Supreme Court, which is very liberal, can be persuaded, in a third consideration of unchanging language, to say that constitutional and statutory facts can be made to disappear in a mist of interpretations.

In 2010, advocates of a progressive income tax submitted this for a referendum. It lost almost 2-to-1 (64-36). It lost even in King County, home of Seattle and its Nietzschean city council.