In this year of the outsider, one senator's experience is actually helping him 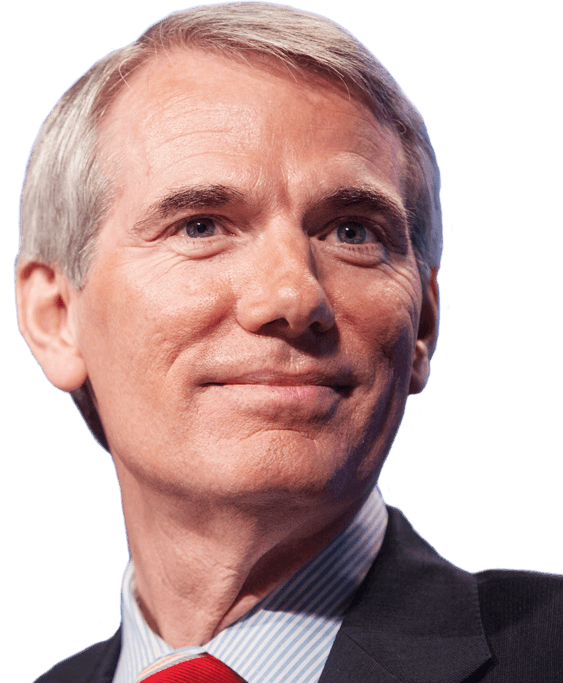 TERRACE PARK, Ohio -- Sen. Rob Portman probably will win a second term, despite the fact that he deserves to. The swarm of young people who gathered on a Saturday morning in this Cincinnati suburb to feast on doughnuts and his gratitude are among the 5,000 volunteer interns, including students from 35 campuses, who have made 3.5 million voter contacts. Portman's supporters are a forgiving sort, undeterred by his many accomplishments and qualifications that could be disqualifying in this season of populist antagonism toward people who have actually governed.

A graduate of Dartmouth and the University of Michigan Law School, Portman was one of President George H.W. Bush's counselors. After six terms in Congress, Portman became President George W. Bush's trade representative and, a year later, director of the Office of Management and Budget.

It gets worse: This year's Republican presidential nominating electorate decided that the lungs are the locus of wisdom, but Portman is as quiet as his 19th-century Quaker abolitionist ancestors probably were when assisting the Underground Railroad. (In "Uncle Tom's Cabin," Eliza escapes over the Ohio River ice floes about 50 miles east of here.)

Given today's apotheosis of the outsider, Portman is fortunate to be running against a former congressman and governor, Ted Strickland, a political lifer who first ran for Congress (unsuccessfully) 40 years ago. He is an ordained Methodist minister from the gun-toting coal country of southeastern Ohio. Fortunately for Portman, Strickland, after losing the governorship to John Kasich in 2010, became head of the Washington-based, impeccably liberal Center for American Progress Action Fund. What was he thinking? Probably not about running again in Ohio.

Strickland has revised the Clintonian mantra about making abortions "safe, legal and rare." He seems to prefer "safe, legal and as frequent as subsidies can make them": He favors repeal of the Hyde Amendment which for 40 years has banned taxpayer funding of abortions. The center supports many gun control measures unacceptable to the NRA, which supported Strickland in 2010 but has endorsed Portman. The Center for American Progress shares the Obama administration's animus against coal, so the United Mine Workers (like the Teamsters and the Fraternal Order of Police) have abandoned Strickland.

Tip O'Neill's incessantly quoted axiom -- "All politics is local" -- is increasing false in polarized America, where many elections are nationalized. This year, however, it is in Portman's interest to stress local issues unrelated to anything being bellowed about by the person at the top of the Republican ticket.

Sixty-thousand eligible voters say that the biggest issue for them is algae threatening Lake Erie. And the biggest issue might be the epidemic of deaths from heroin and other opioids. Nationally, such deaths -- about 27,000 a year -- are almost half the drug overdose deaths that now take more American lives than do car crashes.

Opioids are especially devastating in post-industrial communities, of which Ohio has its share. In 2012, Ohio was one of 12 states where the number of opioid prescriptions written was larger than the number of people. Ohioans who are pleased that Portman authored the Comprehensive Addiction and Recovery Act must forgive him for having done so in Washington.

In Portman's 15-minute parking-lot pitter-patter to his supporters here, he did not mention the choleric man at the top of the ticket. Portman's strategic reticence does not extend to the matter of trade: He has made the obligatory vow to oppose the Trans-Pacific Partnership. Strickland's one-track-mind campaign focuses on international trade as the root of most of Ohio's evils. Never mind that Honda is Ohio's biggest auto employer and that Portman says one-third of the state's farm acres are growing crops for export.

Six presidents were elected from this state (William Henry Harrison, Rutherford Hayes, James Garfield, William McKinley, William Taft, Warren Harding), a seventh (U.S. Grant) was born here, and there could have been an eighth -- Robert Taft (1889-1953). A president's son, he was "Mr. Republican" during his 14 years representing Ohio in the Senate seat that Portman now occupies. Then as now, Ohio had many blue-collar industrial workers, and Taft's critics said he could not represent them. So, in 1947 a reporter asked Taft's wife, "Do you think of your husband as a common man?" Aghast, she replied:

In 1950, Taft was easily re-elected. Portman probably will be, too, even though he should be.