Voters don't have to settle for a binary choice. Look at Justin Amash 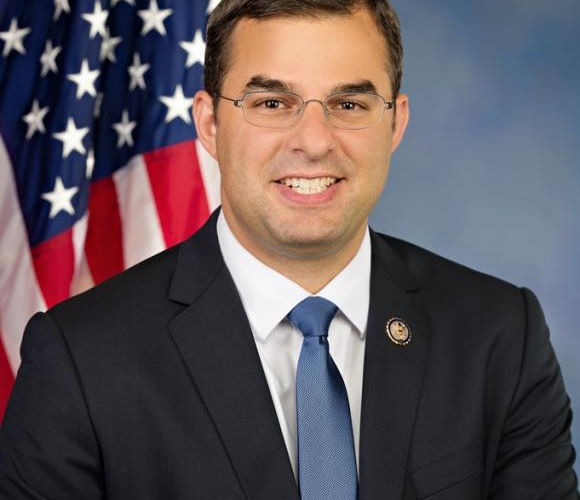 GRAND RAPIDS, Michigan -- It is difficult to discourage and impossible to manage Justin Amash because he, unusual among politicians, does not want much and wants nothing inordinately. He would like to win a sixth term as congressman from this culturally distinctive slice of the Midwest. He does not, however, want it enough to remain in today's Republican Party, which he has left because that neighborhood has become blighted.

Amash, 39, a founding member of the House Freedom Caucus, also has left that once-admirable faction because he does not define freedom as it now does, as devotion to the 45th president.

He is running as an independent, which might accomplish two admirable things: It might demonstrate that voters need not invariably settle for a sterile binary choice. And it might complicate Donald Trump's task of again winning Michigan's 16 electoral votes, which he did in 2016 by just 0.2 percentage points.

With a city named Holland and a college named for John Calvin, West Michigan's culture reflects its settlement by Dutch Americans, who set about vindicating Max Weber's connection between the "Protestant ethic" and the "spirit of capitalism," a spirit incubated in 17th and 18th century Amsterdam. Distinguished Michigan denizens of Dutch descent have included Peter De Vries, America's wittiest novelist.

Local Christian schools drummed into Amash and other young sinners fear of a particular moral failing: pride. His one-word description of his constituents -- "modest" -- suggests an aversion to vanity, vulgarity and ostentation that has an obvious pertinence to the leader of Amash's former party. Amash compares West Michiganders -- culturally, not theologically -- to Mormons. Donald Trump carried 16 states by larger margins than he carried Utah, and won only 51.6% in Amash's district, which traditionally has been the epicenter of Michigan Republicanism. "I think," Amash says dryly, "the Trump people are confounded by this area," where Trump held his final 2016 rally.

A few hours after Amash declared his independence from the husk of the Republican Party, he marched in several Independence Day parades where "I got an overwhelmingly positive feeling." This might indicate increased negative feelings about Trump, who carried Michigan by just 10,704 votes out of 4,799,284.

In Amash's single term in the state legislature, he cast the only "no" vote on more than 70 measures. In 2013, he had the gumption to vote against reauthorizing the Violence Against Women Act for no better reason than that there was no reason for it, and it was inimical to federalism: It "created new federal crimes to mirror crimes already on the books in every state." His average margin of victory in four reelection contests has been 15.1 percentage points.

Amash, the son of a Palestinian refugee who arrived in West Michigan in 1956, is philosophically unlike Grand Rapids' most famous son, whose philosophic interests were few and did not include Amash's favorite Austrian economists (Von Mises, Hayek). Amash, however, shares Gerald Ford's devotion to the idea, if not the actuality, of Congress. Ford's pipe, loud sport coats, decency and legislative seriousness validate a famous judgment: "The past is a foreign country: They do things differently there."

Presently, Congress is rarely a legislative, let alone a deliberative, body. Two years ago, when Republicans controlled the House, a Republican congressman defended a committee chairman accused of excessive subservience to the president by saying: "You've got to keep in mind who he works for. He works for the president. He answers to the president." Pathetic.

Because congressional leaders live in terror of spontaneity among the led, hearings designed to generate publicity are tightly scripted, which is why, Amash says, such hearings are "an elaborate form of performance art" and members "often look as though they are asking questions they do not understand." Congressional leaders' stern message to potentially unmanageable members is to pipe down and "live to fight [for spending restraint, entitlement reform, open House processes, etc.] another day." Amash's campaign slogan should be: "Vote for someone who is as disgusted with Congress as you are."

The Libertarian Party might ask Amash to take his -- actually, it's the Founders' -- message to the nation as the party's presidential nominee. He does not seek this -- he has three young children -- but does not summarily spurn the idea of offering temperate voters a choice of something other than a choice between bossy progressivism and populist Caesarism. Or he could become the first non-Republican the Grand Rapids area has sent to Congress since 1974.