Don't fix baseball, even if it's broken 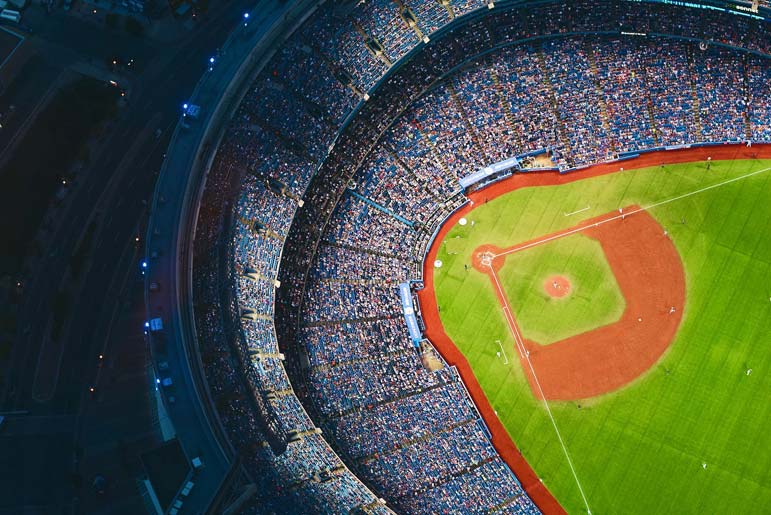 It is a prudential axiom: If it isn't broken, don't fix it. This reflects the awareness that things can always be made worse, and the law of unintended consequences, which is that they often are larger than and contrary to intended ones. As baseball reaches the all-star break amid lamentations about several semi-broken aspects of it, it is time to amend the axiom: Don't fix it even if it is broken.

The itch to fix complex systems often underestimates the ability of markets, broadly understood, to respond and adapt to incentives. So, even if you are an unsatisfactory American -- i.e., uninterested in baseball -- read on, because the debate about some of the game's current defects contains lessons about lesser things than baseball, meaning everything else.

Today's all-or-nothing baseball is too one-dimensional. There are too many strikeouts -- for the first time in history, more than hits, a lot more. And the number is increasing for the 13th consecutive season. Also, too many of the hits are homeruns.

It was imprecise for Crash Davis (Kevin Costner's character in "Bull Durham") to say that strikeouts are "fascist," but he was right that they are "boring," at least in excessive quantities.

So are home runs (and caviar, and everything else except martinis). In about one-third of today's at-bats, the ball is not put in play (home run ba

And "on average, you have to wait [3 minutes and 45 seconds] between balls put in play -- 41 seconds longer between movement than 20 years ago." Steals (hence pitchouts), sacrifice bunts, hit-and-run plays -- interesting things for fans -- are becoming rarer.

This is not the main reason attendance is down. The weather is: In 35 April games, the temperature was below 40; in the entire 2017 season, only one. But the all-or-nothing style is not helping, and it is encouraged by the exponential increase in the use of defensive shifts -- from 2,357 in 2011 to a projected 36,000 this season.

The best-known early use of the shift, in 1946, overloaded the right side against Ted Williams, who regally said they could not put the shift high enough. Actually, he tried to hit through, not over, it, but after the shift began, his average that year went from .354 to .327. Today, the 99.999 percent of players who are lesser hitters elevate their bats' "launch angles," exacerbating the all-or-nothing style.

Also, shifts cause pitchers to target a particular part of the plate in order to increase the probability that the batter will hit into the shift. This results in more walks, which batters like because high on-base percentages are rewarded: Today, baseball's compensation system is an incentive for walks, and for equanimity about striking out, if home runs are frequent.

What baseball people call "analytics," and less-scientific people call information, has produced all this: Particular hitters have particular tendencies; defenses adjust accordingly. Now, let us, as the lawyers say, stipulate that more information is always better than less. But for the moment, information is making offense anemic. So, there is a proposal afoot -- this is fascism -- to ban shifts, to say there must be two infielders on either side of second base, or even that as the pitch is delivered all infielders must be on the infield dirt. This would leave some, but much less, ability to manage defenses. It would, however, short-circuit market-like adjustments.

Incessant radical shifting will persist until it is moderated by demand summoning a supply of some Rod Carew-like hitters. A Hall of Famer, Carew was a magician who wielded a bat like a wand, spraying hits hither and yon, like Wee Willie ("Hit 'em where they ain't") Keeler. The market is severely meritocratic, so some hitters who cannot modify their tendencies and learn to discourage shifts by hitting away from them might need to consider different careers.

Baseball -- the game on the field, not just the business side -- resembles a market system because constantly evolving strategies create demands for different tactics, and thus different skills, which are then supplied by persons and teams that are eager to excel in the new forms of competition. Before restricting managers' and players' interesting choices by limiting shifts (and certainly before softening the ball; or moving the pitcher more than 60 feet, 6 inches from the plate), give the market -- freedom for fan-pleasing ingenuity and adaptation -- a chance.