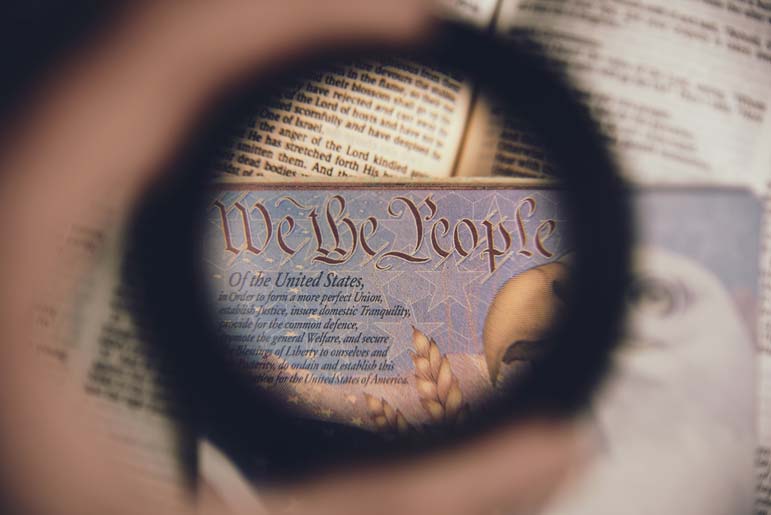 Timothy Carpenter's interest in smartphones has had two unintended consequences.


It has drawn the Supreme Court deeper into ongoing debates about applying the Constitution's Fourth Amendment to uses of digital technologies that have swiftly -- the first iPhone was sold in 2007; today there are 396 million American cellphone service accounts -- become integral to daily life.


And the disagreement between Chief Justice John Roberts, who wrote the court's decision disapproving how law enforcement convicted Carpenter, and Justice Clarence Thomas, the court's implacable "originalist," has illuminated an argument about how properly to construe the Constitution.


Carpenter's gang stole smartphones from stores in and around Detroit. While doing this, his cellphone, like all such, was in constant -- several times a minute -- contact with cell towers. Each tower makes time-stamped records of when and where (within half a mile to two mile radius) a particular cellphone enters and leaves its area of coverage.


The towers gather this data any time the phone is on, even if it is not in use. The police, who had a confession from a participant in the robberies, got various wireless carriers to produce 127 days' worth of data from 12,898 location points documenting Carpenter's movements, which closely coincided with the locations of robberies.


Federal law says the government can obtain such records without a warrant by merely supplying "specific and articulable facts" supporting a reasonable belief that the records are relevant to a criminal investigation -- a less exacting requirement than demonstrating "probable cause" for a warrant.


At trial, before he was convicted and sentenced to 116 years in prison, Carpenter unsuccessfully sought to exclude the cell tower data on the ground that obtaining it should have required a warrant. The divided (5-4) Supreme Court agreed with Carpenter's invocation of the Fourth Amendment, which says: "The right of the people to be secure in their persons, houses, papers and effects, against unreasonable searches and seizures, shall not be violated, and no warrants shall issue, but upon probable cause ... particularly describing the place to be searched, and the persons or things to be seized."


The average smartphone user does not intend to disclose, or leave to third parties the power to disclose, what Roberts correctly calls "an all-encompassing record" of the user's whereabouts, "an intimate window into a person's" movements, and through them into "familial, political, professional, religious and sexual associations." Hence the court has hitherto held that, given smartphones' "immense storage capacity," police "must generally obtain a warrant before searching the contents of a phone."


Roberts notes that Americans "compulsively carry" their phones: Three-quarters of users say they usually are within five feet of their phones; 12 percent admit to using their phones while showering. Roberts says of the carriers siphoning up this data: "Unlike the nosy neighbor who keeps an eye on comings and goings, they are ever alert, and their memory is nearly infallible." Perhaps .01 percent of users understand that their cellphones constantly dispense data about their movements, so this dispensing is not meaningfully "voluntary."


Attempting to assuage the doubting Thomas, Roberts insists that protecting "privacy" from new digital technologies accords with "Founding-era understandings" because the Founders' "central aim" was to impede "surveillance" that is "too permeating." Thomas, unassuaged, strictly adheres to the Constitution's text, which, he stresses, nowhere mentions "privacy."


The Fourth Amendment, he insists (with his italics), secures individuals against unreasonable searches of "their persons, houses, papers, and effects." By gathering several carriers' cell site records of Carpenter's movements, the government did not search his property: "He did not create the records, he does not maintain them, he cannot control them, and he cannot destroy them."


There is a circularity to the court's test of whether, regarding this or that, the public has a "reasonable expectation of privacy": The court's decisions powerfully shape the expectations that purport to control the decisions.


And Thomas is right about the original public understanding of the Framers' words in the amendment. Roberts, however, is true to the Framers' intent, which was to forever secure individuals from what the Framers called "unreasonable searches." Today, fidelity to that original purpose requires protecting what we call, and what they would recognize as synonymous, privacy that is inseparable from liberty.


The language is different; the intent is not. By focusing on the original public meaning of words rather than on original and unchanging purposes in changing contexts, Thomas intends to constrain courts. This, however, leaves other parts of the state -- in this case, law enforcement -- less constrained.