'Repeal and replace'? Try 'tweak and move on.' 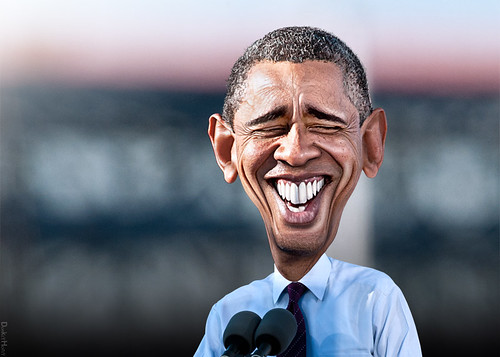 Two Junes ago, when the Supreme Court upheld, 6-3, a challenged provision of the Affordable Care Act, Chief Justice John Roberts, writing for the majority, vented: "Congress wrote key parts of the Act behind closed doors. ... Congress passed much of the Act using a complicated budgetary procedure known as 'reconciliation,' which limited opportunities for debate and amendment, and bypassed the Senate's normal 60-vote filibuster requirement. ... As a result, the Act does not reflect the type of care and deliberation that one might expect of such significant legislation."

Now, however, Republicans run things, so ...

In 2009, President Obama ignited a debate that has been, for many members of Congress and their constituents, embarrassingly clarifying. Back then, most people stoutly insisted that they did not want a "government-centered" health care system. But even then, approximately half of every dollar spent on health care came from the government.

Although an Atlanta Journal-Constitution poll showed that health care was "extremely" or "very" important to 81 percent of voters in the recent Georgia congressional election, neither candidate stressed this issue. Both were confronted, as all congressional candidates will be in 2018 and ever after, with this fact: No health care policy is comprehensive, comprehensible and inoffensive to all intense groups.

Health care only relatively recently became worth fighting over. In 1900, Americans spent almost twice as much on funerals as on medicine. Most people were born at home and died at home, and medicine's principal function was to make ill people as comfortable as possible while nature healed them or killed them. Hospitals often were lethal infection factories, hence the common report, "The operation was successful but the patient died."

In his "The Rise and Fall of American Growth," Robert Gordon notes that "even victims of railroad, streetcar and horse cart accidents were largely taken to their homes rather than to hospitals." In 1900, only 5 percent of American women gave birth in hospitals. And "a 'degree' in medicine could be obtained for between $5 and $10, its cost depending on the quality of the paper on which the diploma was printed." Between 1890 and 1950, the great improvement in mortality rates owed much to social improvements (better hygiene, sanitation, food handling, etc.) and little to doctors, hospitals or drugs.

In 2009, there was no national consensus that insurance should be available to people with "pre-existing conditions." There now is such a consensus, partly because of the obfuscating phrase: Insuring people with "pre-existing conditions" means insuring people who are already sick. Which means that what they are getting is not really insurance -- protection against uncertain risk. The consensus might be right, but its logic makes the insurance model increasingly inapposite.

A market-driven health care system with government at the periphery would implement the lesson of Social Security: Government is good at sending checks to identifiable cohorts. It should send support to those who need it for purchasing premiums, then get out of the way.

But Obama, who once said he preferred a single-payer system, flinched from the really radical reform we need -- a move away from broad reliance (about 180 million Americans) on employer-provided health insurance, which, in an expensive fiction, is not taxed as what it obviously is: compensation. Partly because of this system, health care consumers are not shoppers and market signals are weak and few.

Suppose that instead of providing health insurance, employers gave employees money to buy groceries. What would grocery stores look like? There probably would be no prices. To see why, ask yourself: When your doctor wants to perform a particular test, do you ask, "How much will it cost?" If you do, you are eccentric. Besides, the doctor probably does not know.

Perhaps for policy reasons, and certainly for political reasons, it is impossible to unwind reliance on employer-provided insurance. But this fact, combined with the "pre-existing conditions" consensus, means that henceforth the health care debate will be about not whether there will be a thick fabric of government subsidies, mandates and regulations, but about which party will weave the fabric.

So, "repeal and replace" will be "tweak and move on." And even if the tweaks constitute significant improvements, Obama will have been proved right when, last October, he compared the ACA to a "starter home."