Clinton's dodginess: Some questions she must answer 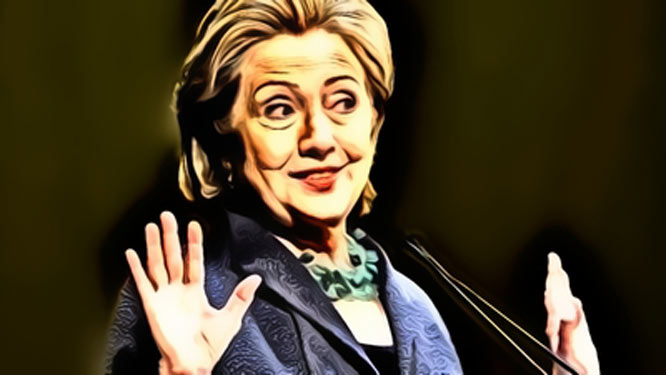 Hillary Clinton's reticence is drowning out her message, which is that she is the cure for the many ailments that afflict the United States during a second Democratic presidential term. Sen. Charles Schumer (D-N.Y.) has called her "the most opaque person you'll ever meet in your life," but when opacity yields to the necessity of answering questions, here are a few:

Your first leadership adventure was when your husband entrusted you with health-care reform. Using a process as complex as it was secretive, you produced a proposal so implausible that a Democratic-controlled Congress would not even vote on it. Your legislation was one reason that in 1994 Democrats lost control of the House for the first time in 40 years. What did you learn from this futility and repudiation?

Three times in your memoir "Hard Choices" you say that as secretary of state you visited 112 countries. Do you think "peripatetic" is a synonym for "effective"? You tell readers that at a 2009 meeting with Chinese officials you said, "We need to build a resilient relationship that allows both of us to thrive and meet our global responsibilities without unhealthy competition, rivalry or conflict." Does it trouble your environmental conscience that trees died to produce the paper on which you recycled that thought?

President George W. Bush said that when he looked into Vladimir Putin's eyes he saw a "very straightforward and trustworthy" man. You looked into Putin's regime and saw an opportunity for a cooperative policy "reset." Were you or was Bush more mistaken?

In March 2003, Bush launched a war of choice to accomplish regime change in Iraq, mistakenly believing that it was developing weapons of mass destruction. In March 2011, Barack Obama and you launched a war of choice against Libya for the humanitarian purposes of preventing, it was said, as many as 10,000 deaths at the hands of Moammar Gaddafi. Since March 2011, in Syria, where the regime continues to use chemical weapons that it supposedly agreed to surrender, the civil war has killed more than 320,000. Why humanitarian intervention in Libya instead of Syria?

Bush sought, and you as a senator gave, approval for his war of choice. Obama and you, arguing that the thousands of airstrikes that killed thousands of Libyans did not constitute "hostilities," never sought approval for the Libyan war. Who was more lawful, Bush or Obama and you? What criteria suggest that the world is safer than before you became secretary?

In this month's Wisconsin Democratic convention straw poll, you defeated Bernie Sanders 49 percent to 41 percent. Sanders says he is a "socialist." Do you have fundamental differences with him? If not, are you a socialist? He does not think a 90 percent top income tax rate is too high. Do you? He says that "almost all of" the United States' wealth "rests in the hands of a handful of billionaires." Forbes magazine says the combined net worth of the United States' 536 billionaires is $2.566 trillion. Is it a grave problem that the 536 have 3 percent of the nation's $84.9 trillion wealth? Is it deplorable that the Waltons became a family of billionaires by creating Wal-Mart, the nation's largest private-sector employer? Do you regret that Apple products made Steve Jobs a billionaire? Are any of your however many phones iPhones?

Sanders vows "to make tuition in public colleges and universities free." Do you agree that the 68 percent of Americans without college degrees should pay the tuition for those whose degrees will bring them lifetime earnings significantly higher than the earnings of the noncollege graduates who will have paid much of the cost of the "free" tuition?

Another progressive goal is "debt-free college." The average amount owed by the 69 percent of graduates with college debt is $28,400, which is $11,000 more than the difference between what a college graduate and a high school graduate earn in one year of employment. So, what exactly is the student debt "crisis"?

Sanders favors a $15 minimum wage. Do you? Why not $16? Democrats are — we know because they say so — respectful of science, including, presumably, economics. So, do you agree with Obama that ATMs and airport ticket kiosks cause unemployment?

Finally: Having said, "It is tempting to dismiss [the Charleston shooting] as an isolated incident," you resisted that temptation and detected in the incident large social symptoms. Do you believe, as Obama now says, that racism is in America's "DNA," meaning it is encoded in our nation's nature?