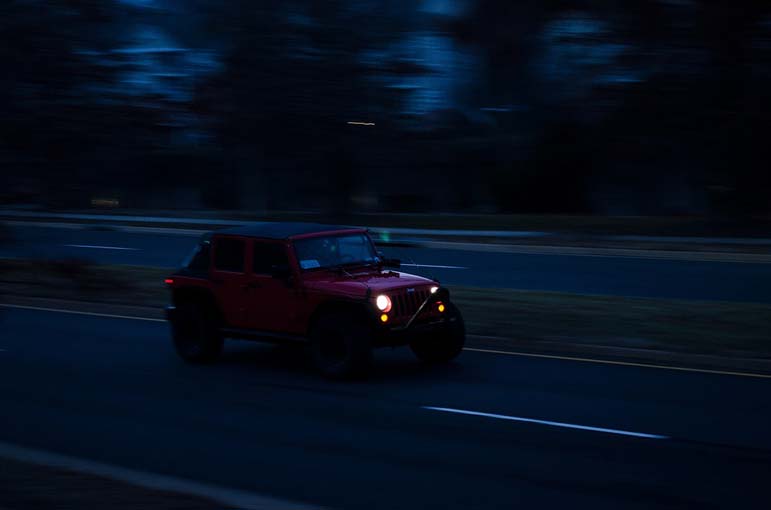 After two years of stonewalling about its theft of Gerardo Serrano's 2014 Ford F-250 pickup truck, the government suddenly returned it. It sparkled from having been washed and detailed, bumper to bumper, and it had four new tires and a new battery. The government probably hoped that, mollified by the truck's sprucing-up, Serrano would let bygones be bygones and go back to Kentucky. This was another mistake by our mistake-prone government.

Assisted by litigators from the Institute for Justice (IJ), whose appearance on the West Texas horizon probably panicked the government into pretending to be law-abiding, Serrano wants to make the government less larcenous and more constitutional when it is enriching itself through civil forfeiture.

On Sept. 21, 2015, Serrano drove up to the Eagle Pass, Texas, border crossing, intending to try to interest a Mexican cousin in expanding his solar panel installation business in the United States. To have mementos of his trip, he took some pictures of the border with his cellphone camera, which annoyed two U.S. Custom and Border Protection (CBP) agents, who demanded the password to his phone.

Serrano, who is what an American ought to be regarding his rights, prickly, refused to submit to such an unwarranted invasion of his privacy. One agent said he was "sick of hearing about your rights" and "you have no rights here." So, they searched his truck -- this was unusual for a vehicle (BEG ITAL)leaving(END ITAL) the country -- and one agent exclaimed, "We got him!"

Having found five .380 caliber bullets in the truck's center console -- he has a concealed-carry permit but had no weapon with him -- they handcuffed him and seized his truck under civil forfeiture, saying it had been used to transport "munitions of war." The next time someone warns about the potential for domestic abuse of supposed national security measures, do not dismiss him or her as a neurotic libertarian.

Civil forfeiture is the power to seize property suspected of being produced by, or involved in, crime. In this "Through the Looking-Glass," guilty-until-proven-innocent inversion, the property's owners bear the burden of proving that they were not involved in such activity, which can be a costly and protracted process as persons must hire lawyers and do battle with a government wielding unlimited resources.

Law enforcement agencies get to keep the profits from forfeited property, which gives them an incentive to do what too many of them do -- abuse the process. But, then, the process -- punishment before a crime is proven -- is inherently abusive.

The government seems mystified that Serrano will not leave bad enough alone, and drive away. It says he got his truck back after a mere 25 months, so "there is no longer any case or controversy." Serrano says, let me count the ways I have been injured by "thugs with badges."

Before the government would deign to promise (falsely, it turned out) to give him due process -- to allow him to (BEG ITAL)request(END ITAL) a judicial hearing -- it extorted from Serrano a bond of 10 percent of the truck's value ($3,804.99). The government quickly cashed his check (not until the IJ cavalry rode in did he get his money back). The hearing never happened. During the two years Serrano was without the truck, he had to continue making $672.97 monthly payments on it, and he had to pay more than $700 to insure it, $1,004.61 to register it in Kentucky and thousands more for rental cars.

Serrano is suing for restitution, but also seeking a class-action judgment on behalf of others who have been similarly mistreated. Just at Eagle Pass, one of 73 crossing points on the U.S.-Mexico border, the CBP seizes, on average, well more than 100 Americans' vehicles a year. Serrano seeks to establish a right to prompt post-seizure judicial hearings. These would be improvements, but of a process that requires radical revision, if not abolition.

Robert Everett Johnson is one of the IJ lawyers whose interest in the case galvanized the CBP's hitherto dormant interest in Serrano's rights. Johnson says: "Imagine being detained at an airport checkpoint because you innocently forgot to take a tube of toothpaste out of your luggage. But rather than asking you to throw it out or put it in a plastic bag, the TSA agents told you they were seizing all of your luggage, including the toothpaste tube."

That happened to Serrano at the hands of a government -- the one north of the border -- that felt free to say, "You have no rights here."