What's next, a tariff on peanut butter? 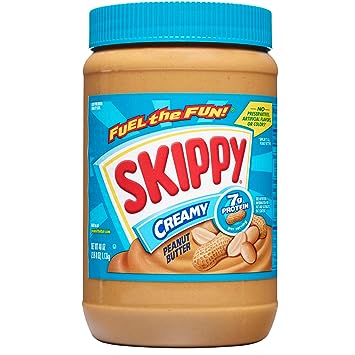 Soon, in a federal court that few Americans know exists, there will come a ruling on a constitutional principle that today barely exists but that could, if the judicial branch will resuscitate it, begin to rectify the imbalance between the legislative and executive branches. It is the "nondelegation doctrine," which expresses John Locke's justly famous but largely ignored admonition that institutions like the U.S. Congress, vested with the power "to make laws, and not to make legislators ... have no power to transfer their authority of making laws, and place it in other hands." The doctrine's revival might result from the Peanut Butter Criterion.


Acting under authority improvidently given by Congress to presidents in Section 232 of the Trade Expansion Act of 1962, the current president has, in the name of national security, imposed tariffs (taxes, collected at the border, paid by American consumers) on steel and aluminum imports from, among other nations, Canada, a U.S. military ally. How Canada threatens U.S. national security by selling inexpensive metals to U.S. defense industries, thereby effectively increasing the U.S. defense budget, is a puzzle for another day.


The U.S. Court of International Trade, which sits in New York, is mulling the argument, made on behalf of American steel importers and foreign steel producers, that the discretion that presidents enjoy under Section 232 is so vast that it amounts to unconstrained lawmaking. Hence it is an unconstitutional delegation of legislative power. The Trump administration not only makes the dubious assertion that imports have imperiled vital domestic metals manufacturers, it breezily says national security depends on a vibrant economy that is imperiled by imports. How the administration squares its fears about the dangerous fragility of the U.S. economy with the president's boasting about the economy's awesome strength is another puzzle.


During oral argument in December, one judge on the three-member panel asked a lawyer defending the administration's position if there is any product that the president does not have the congressionally conferred power to restrict imports on national security grounds: "Could he, say, put a tariff on peanut butter?" The judge got a foggily evasive answer.


Gary Lawson of Boston University School of Law has argued that the Constitution's structure and a "background" or "embedded" principle permit Congress to delegate to presidents discretion regarding matters "ancillary" to a statute but not regarding "fundamental matters." He says that the Constitution's Framers were not redundant when they said Congress could make laws "necessary and proper" for the exercise of an enumerated power (e.g., "to regulate commerce with foreign nations"). The two words have independent meaning: A "proper" law is not only necessary but consistent with, among other things, the separation of powers. Larry Alexander of the University of San Diego School of Law and Saikrishna Prakash of the University of Virginia School of Law have argued that a law cannot properly give to the president discretion to "make rules for the governance of society," which is legislating.


As when a president has an unreviewable power to impose taxes (tariffs) on an unlimited number of things (peanut butter?) in the name of an uncircumscribed goal (national security). Not since the Supreme Court's accommodation of -- actually, capitulation to -- the New Deal, has the court held (in the 1935 Schechter case) that although Congress may permit an executive agency or other entity to make subordinate rules within prescribed limits, it must stipulate policies and standards. In another 1935 case, the court voided a congressional grant of vast discretion to the president because, in the granting statute, Congress did not declare or even indicate any policy or standard to guide or limit the president.


If the Court of International Trade revives the nondelegation doctrine, this might reach the Supreme Court, which upheld Section 232 in a 1976 case that did not turn on the constitutional questions now presented. The court might flinch from the task of defining "excessive" delegation that makes a law not "proper." However, that task -- judging -- is the court's raison d'etre.


The Constitution's first words after the Preamble are: "All legislative powers herein granted shall be vested in a Congress."All. James Madison was, as wise people usually are, an accomplished worrier who rarely worried about the wrong things. It turns out, however, that he did when, in Federalist 48, he worried about Congress "drawing all power into its impetuous vortex." For generations, Congress has been a centrifugal machine, spinning off powers. Limited government requires a limited president, which requires limits on what Congress can give away.