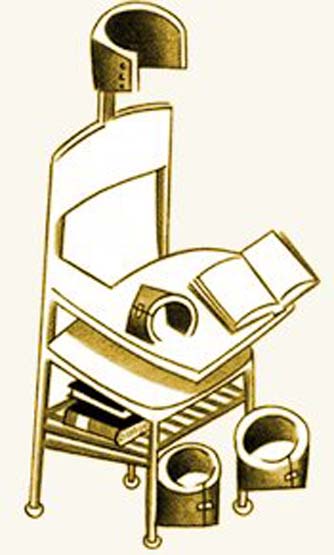 In 1981, Tennessee's 41-year-old governor proposed to President Ronald Reagan a swap: Washington would fully fund Medicaid, and the states would have complete responsibility for primary and secondary education. Reagan, a former governor, was receptive. But Democrats, who controlled the House and were beginning to be controlled by teachers unions (the largest, the National Education Association, had bartered its first presidential endorsement, of Jimmy Carter, for creation of the Education Department) balked.

In 1992, the former Tennessee governor was President George H.W. Bush's education secretary. He urged Bush to veto proposed legislation to expand federal involvement in K-12 education. He said it would create "at least the beginnings of a national school board that could make day-to-day school decisions on curriculum, discipline, teacher training, textbooks and classroom materials." The veto threat derailed the legislation.

Today this former governor and former secretary (and former president of the University of Tennessee), Sen. Lamar Alexander, is chairman of the Committee on Health, Education, Labor and Pensions. He is seeking 60 Senate votes to, he says, "reverse the trend toward a national school board," which the Education Department has become.

Time was, before Congress acted on any subject, it asked: Is this a legitimate concern of the federal government? The "legitimacy barrier" (a phrase coined by James Q. Wilson) collapsed 50 years ago, particularly with passage of the Elementary and Secondary Education Act, of which No Child Left Behind (2002) was the 12th major reauthorization.

NCLB mandated that by 2014, every school would have 100 percent proficiency in reading and math. So, Alexander says, "almost every one" of America's approximately 100,000 public schools are officially failures. This, he says, exacerbates "the irresistible temptation of well-meaning Washington officials" to assert a duty for Washington to approve schools' academic standards (hence the Common Core State Standards), define success, determine how to evaluate teachers and stipulate what to do about failing schools.

NCLB is more than seven years overdue for the reauthorization/revision that will impact 50 million children and 3.1 million teachers. Hence a recent hearing of Alexander's committee attracted a crowd, with hundreds overflowing into the hall. Alexander hopes to have a bill on the Senate floor by late February and to get 60 votes with the help of some of the six Democratic senators who are former governors.

And perhaps some others. Sen. Sheldon Whitehouse (D-R.I.), the purity of whose liberalism is wondrous, says education today consists of two worlds. One is "of contractors and consultants, and academics and experts, and plenty of officials at the federal, state and local level." The other is of those who teach, and "the footprint of that first world has become way too big in their lives."

Existing law forbids federal officials from exercising "any direction, supervision, or control over the curriculum, program of instruction, administration, or personnel of any educational institution." Existing practices ignore the law, especially by using $4.35 billion in Race to the Top funds to bribe states to accept the Common Core standards (to which tests and hence texts are "aligned"). Alexander understands the futility of trying to lasso the federal locomotive with a cobweb of words. His solution is a portion of his 1981 proposal: Devolve to states all responsibility for evaluating schools, students and teachers.

If Alexander succeeds, this will have an effect on the Republican presidential race. Jeb Bush, who supports Common Core, can say to the Republican base, which loathes it: Never mind, imposing Common Core has been outlawed.

Teachers unions hostile to teacher evaluations have part of a point: Schools are supposed to do what parents cannot do as well, such as teach algebra. They cannot, however, supplant families as transmitters of the social capital — habits, manners, mores — necessary for thriving. So, how do you evaluate teachers whose 7-year-old pupils come to school not knowing numbers, shapes or colors because they come from a cacophonous home culture of silence, where no one, while making dinner, says, "Here are 10 round green peas"? Let 50 governors find 50 metrics for K-12 progress.

Although liberal academia deserves its government-inflicted miseries, Alexander's next project will be the deregulation of higher education. The need for which he demonstrates by unfurling the taped-together 10 pages — more than nine feet — of forms containing more than 100 questions students must answer when applying for federal aid.