Why good economic news is bad 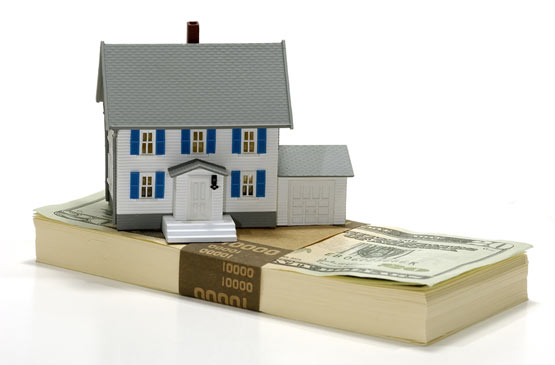 In 1930, John Maynard Keynes was worried, but not about the unpleasantness that had begun the previous year and would linger long enough to become known as the Great Depression. What troubled the British economist was that humanity "is solving its economic problem."

In his essay "Economic Possibilities for Our Grandchildren," Keynes, seeking to dispel pessimism, predicted that, "assuming no important wars and no important increase in population," the "permanent problem of the human race" -- the "struggle for subsistence" -- "may be solved."

This, Keynes warned, could discombobulate the human race's neurological wiring, because mankind has evolved through many millennia for toil and stress. Basic "habits and instincts" are unsuitable for a future of leisure and abundance. Because we have evolved as creatures designed by nature "to strive and not to enjoy." So, work would have to be apportioned, perhaps in three-hour shifts and 15-hour workweeks, to keep people preoccupied.

Then history's worst war came, as did a huge increase in population -- and an enormous, planet-wide enrichment. And today people still toil and strive. In 1943, Paul Samuelson, who would become one of America's leading economists and win a Nobel Prize, anticipated peace with foreboding.

Good things -- demobilization of more than 10 million from the armed services, the economy no longer busy producing instruments of destruction -- would cause bad things. There would be "the greatest period of unemployment and industrial dislocation which any economy has ever faced." Any economy. Ever. What actually happened is remembered as the Postwar Boom.

Consider this recent Wall Street Journal front-page headline: "Americans Save Less As Good Times Roll." The story began: "Soaring stock prices and improving job prospects" -- good news? good grief -- "have set Americans off on a spending splurge that is cutting into how much they sock away for retirement and rainy days." Between 2008 and the third quarter of 2017, the net worth of U.S. households surged from $56 trillion to $97 trillion (good news? remember, that's an oxymoron) but "previous busts -- in the mid-2000s and the late 1990s -- were preceded by periods of rising asset values and especially low saving."

In December, America's household savings rate was the lowest (2.4 percent of disposable income) since the negative savings rate in 2005 and 2006, before the housing bubble burst. Many Americans, forgetting the most intractable fact -- that nothing lasts -- turned the equity in their homes into cash to fund immediate consumption. Today, 104 months after the recovery from the Great Recession began in June 2009 (when the savings rate was 6.6 percent), 2.5 million homes are still worth less than is owed on their mortgages.

As of 2013, 45 percent of working-age households had no retirement savings. Social Security (average annual payment, $15,500), which provides 33 percent of seniors' annual income, and 90 percent for the bottom third of retirees, but only about 35 percent of a typical household's pre-retirement income, last year became America's first trillion-dollar-a-year program. Absent reforms, its trust fund will be exhausted by 2035 and benefits will have to be reduced 23 percent.

A 2015 Federal Reserve study revealed that half of those surveyed said they could not gather $400 to cope with an emergency; one-third said they could not sell assets, tap retirement savings or turn to family and friends to pay three months of expenses. By 2017, median household savings ($14,500) for those near retirement age had declined 32 percent in a decade, and for the first time, older Americans had more credit card debt than younger Americans. Between 2003 and 2015, the indebtedness of those between ages 50 and 80 increased 60 percent. Today, those between 65 and 74 have five times more debt than that age cohort did two decades ago.

Do you wonder how such behavior became to seem normal? A partial answer might be:

Americans consider deferral of gratification unnatural, which it is. Time was, however, thrift was considered a virtue. People sat at kitchen tables, calculating how to bring their outlays, for living and retiring, into alignment with their incomes. But eventually many people decided: This is no fun. Instead, let's disconnect enjoyable spending decisions from tiresome facts about resources, thereby living the way the federal government does.