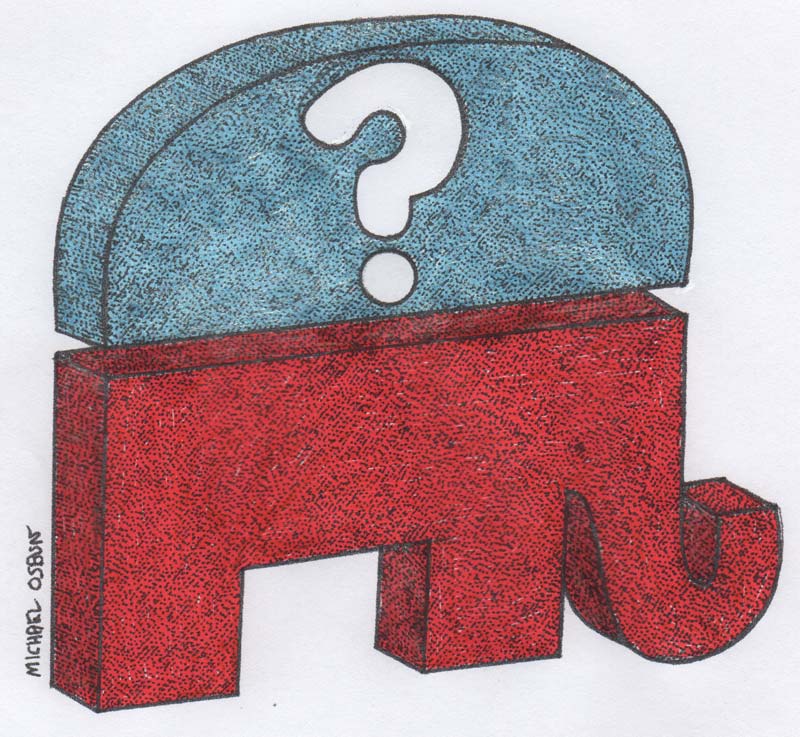 If Republicans have a lick of sense, they are alarmed by a recent sign of intelligent life in the other party.


The sign is the election by Democrats in the House of Representatives of Illinois Rep. Cheri Bustos as chair of the Democratic Congressional Campaign Committee. In November she won a fourth term by 24 percentage points, the largest margin of any Democrat running in a district Donald Trump carried in 2016. Her task as chair, which is to cement the Democrats' House majority in 2020, involves this arithmetic:


In the next Congress, 31 Democrats will represent districts Trump carried. In 2018, 40 Democrats flipped districts from red to blue -- 41, if the Democrat wins the North Carolina race clouded by allegations of vote fraud. Twenty-two Democrats won by 5 percentage points or less. Twenty-three lost by 5 points or less. Democrats have noticed that Bustos prospers in a mostly rural district that extends along the Mississippi from the Wisconsin border to a portion of Peoria. Sixty percent of the district's residents live in towns with populations of 1,000 or fewer, 85 percent are in towns of 5,000 or fewer. In November, she won all of her district's 14 counties, 11 of which are entirely rural.


What lessons can Democrats learn from her success among Trump voters? They might start by marrying a cop. She says she gets "instant credibility" by telling audiences that her husband, who has been in law enforcement for 34 years, is the sheriff of Rock Island County. Regarding guns, it is helpful if one of your sons finished second in the national collegiate trap-shooting competition. It also is helpful if another son is a union welder.


Favorable trends might tempt Democrats to think that that they can thrive without the voters Bustos reaches. The Economist, noting that Trump's approval rating is "stratified by age," reports that baby boomers -- those born between 1946 and 1964 -- who have been America's largest age cohort for more than five decades will in 2019 be outnumbered by millennials, those born between 1981 and 1996. Boomers are -- were; they are shuffling off stage -- almost 75 percent white; millennials are 56 percent white. In this year's midterm elections, Democrats won two-thirds of voters ages 18 to 29, and 71 percent of millennial women.


Furthermore, the GOP, which thinks of itself as the redoubt of the devout, is competing in an increasingly secular country. The Economist says that "Nones" -- people with no religion -- "already outnumber Catholics and mainline Protestants," and in 2019 might outnumber evangelicals. "There will soon be more Nones than any single group of Christians." Ex-Catholics are 13 percent of the American population.


If, however, Democrats aspire to be less of a coastal party -- come January, there will be more House Democrats from California than from 36 other states (BEG ITAL)combined(END ITAL) -- they should want to emulate Bustos' success among voters she calls "Trump triers," those who are less than his devoted acolytes.


Republicans can hope that in 2020, with Trump presumably at the top of their ticket, the turnout will be much larger and very unlike that of 2018. But analyst Charlie Cook, citing Michael McDonald of the United States Elections Project, says the 2018 turnout of 50.1 percent was the highest of any midterm election since 1914. David Wasserman of the Cook Political Report says Republicans lost 96 percent of House contests in districts Trump either lost or carried by less than 7 points.


Bustos sometimes connects with her constituents by asking them what they do for fun. When one woman answered "cable television," Bustos asked if her family did not go out to movies. No, the woman replied, four tickets and popcorn exceed the family's budget. This answer spoke volumes about the constituent's disposable income. Bustos' question revealed a well-honed political intuition. Democrats, she says, have to "own" districts like hers, "not rent them."


This is what ownership looks like: Her four margins of victory have been 6 percentage points, 11, 20 and 24.