A place to learn and celebrate America's foundational principles 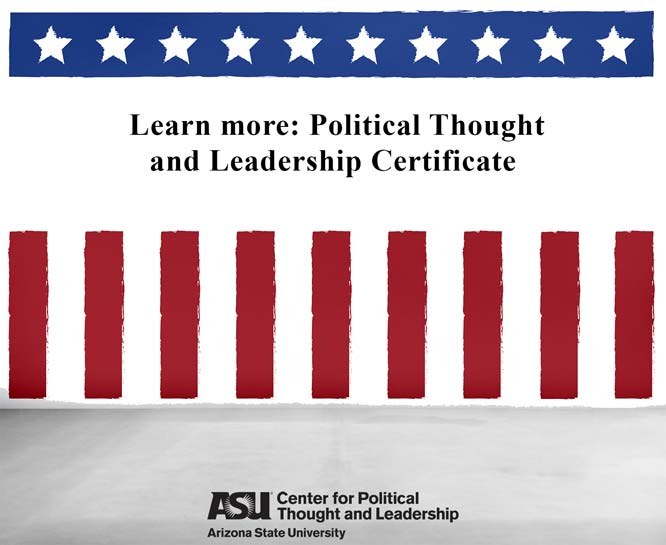 TEMPE, Ariz. -- Encouraging developments are as welcome as they are rare in colleges and universities that cultivate diversity in everything but thought. Fortunately, state legislatures, alumni and philanthropists are planting little academic platoons that will make campuses less intellectually monochrome. One such, just launched, is Arizona State University's School of Civic and Economic Thought and Leadership.

A primary mission of institutions of higher education should be the transmission of civilization's intellectual patrimony. With the permeation of academia by progressivism, however, the mission increasingly is liberation from this patrimony in order to further progress, understood as movement away from the principles of the American founding. One notable progressive knew better. Something Woodrow Wilson actually got right was that a university should be a "seat of vital memory" and an "organ of recollection," lest we risk "becoming infantile in every generation."

During the national fragmentation of 1861, Abraham Lincoln said that "the better angels of our nature" would be summoned by "the mystic chords of memory." But democratic nations, which rest on the shiftable sand of opinion, are forgetful, so memory needs to be nurtured. In his novel "Mr. Sammler's Planet," Saul Bellow wrote:

"It is sometimes necessary to repeat what all know. All mapmakers should place the Mississippi in the same location, and avoid originality. It may be boring, but one has to know where he is. We cannot have the Mississippi flowing toward the Rockies for a change."

One thing we know is that what America's Founders considered self-evident truths should be studied by future leaders because, as historian Daniel Boorstin said, "Trying to plan for the future without knowing the past is like trying to plant cut flowers."

It is not necessary that everyone read The Federalist Papers and "The Wealth of Nations" (published in 1776) but someone should, and students in ASU's new school will.

If so, America's national identity will become attenuated. Students in ASU's new school will understand what the nation's Founders believed and why they did.

John Adams believed that "education makes a greater difference between man and man than nature has made between man and brute." Because education increasingly stratifies society, so it should diligently transmit commonalities conducive to social cohesion.

Arizona, like America, faces a continuing challenge -- a welcome challenge -- of assimilating newcomers. And Americans are increasingly living in social silos and susceptible to confirmation bias -- receptive only to information and ideas that confirm what they already think.

Because America is, as Lincoln said, dedicated to a proposition with far-radiating implications, American citizenship is uniquely demanding. Ideally, it involves familiarity with the Founders' doctrine of natural rights -- rights that pre-exist government, which exists to secure them. These rights are discoverable by something natural, reason, but the enjoyment of these rights depends on something not natural, a well-wrought government. It should sustain a market economy, in which earned success serves individual dignity.

America began as an errand into the wilderness and for many generations had a longing for dispersal, for living beyond the sound of a neighbor's ax. James Fenimore Cooper in the forest, Henry Thoreau by the pond, Herman Melville at sea, Mark Twain on the river, Teddy Roosevelt experiencing the "iron desolation" of the high plains, and Willa Cather experiencing "that vast silence" of Nebraska's plains, all enriched the American experience. Now, however, attention must be paid to demonstrating the continuing pertinence of the Founders' premises to places with the crackling energy of booming Arizona.

Some academics who relish progressivism's hegemony on campuses, and who equate critical thinking with disparagement, will regret and resist things like ASU's new school. Hence it was appropriate that the political philosopher Harvey Mansfield, aka Harvard's conservative, participated in the school's launch. He argues that one of higher education's highest purposes is to counter democracy's leveling ethos by teaching the young how to praise -- how to recognize and honor hierarchies of character and achievement.

Here and around the country this purpose is being advanced by entities such as ASU's new school teaching the history of ideas and statesmanship. This growing archipelago of excellence will leaven academia with the diversity that matters most.