The hilarious hoax that should have taught the academy a lesson 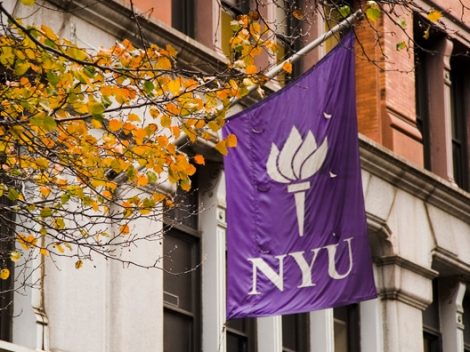 The Chronicle of Higher Education, which is a window on the sometimes weird world of academia, recently revisited a hilarious intellectual hoax from 20 years ago. Reading the recollections of the perpetrator and of some who swallowed his gibberish is sobering.

In 1996, Alan Sokal, a New York University physicist and self-described "academic leftist," composed an essay that was a word salad of solemn academic jargon. He said he strove to be "especially egregious," by maundering on about "the dialectical emphases" of "catastrophe theory" becoming a "concrete tool of progressive political praxis." His essay's gaudy title was "Transgressing the Boundaries: Toward a Transformative Hermeneutics of Quantum Gravity."

He sent it to the left-leaning "cultural studies" journal Social Text, which swooned, perhaps in part because Sokal larded his nonsense with political tropes that are catnip to lettered leftists - "emancipatory mathematics," "demystify and democratize the production of scientific knowledge," "the crisis of late-capitalist production relations." Soon after Social Text published his faux scholarship, Sokal revealed in another journal, Lingua Franca, that it was a parody.

This would have been obvious to anyone whose intelligence had not been anesthetized by the patois of "deconstructionist" and "poststructuralist" professors. They move on to Nietzsche's assertion that there are no facts, only interpretations, which he wrote shortly before going mad at age 44. They begin with a few banalities: Science is influenced by political and social forces; literature is conditioned by the writers' contexts. And they arrive at the doctrine that everything from science to sexuality is a "social construct" reflective of society's power relations, and therefore everything is arbitrary and political.

In Lingua Franca, Sokal wrote: "Anyone who believes that the laws of physics are mere social conventions is invited to try transgressing those conventions from the windows of my apartment. (I live on the twenty-first floor.)" The issue of Social Text containing Sokal's prank included earnestly intended essays such as "Gender and Genitals: Constructs of Sex and Gender," which said the "Western assumption that there are only two sexes" is being refuted by "a rainbow of gender" purged of "the binary male/female model." Sokal's parody blended in.

Today, Bruce Robbins, a Columbia University humanities professor who was a co-editor of Social Text, tells the Chronicle that Sokal's essay appealed because he seemed to be a scientist "kind of on 'our side.' " Robbins and another Social Text editor promptly claimed victim status, saying that "the deceptive means by which Sokal chose to make his point" will injure "the openness of intellectual inquiry."

Sokal's point, however, was that intellectual inquiry in the humanities often is not open. The humanities, he today tells the Chronicle, had become a "subculture" that was "ingrained and self-referential and mostly disdained critiques from outsiders, so that an ordinary type of intellectual critique was precluded."

Today, Robbins says Sokal was not unethical, but he should not have regarded those whom Social Text spoke for as "enemies." Says Robbins, "I mean, there were epistemological differences, but so what?"

So what? Epistemology is the field of philosophy concerning the theory of knowledge, of the methods of arriving at certainty. It concerns the distinction between mere unfounded opinion and well-grounded belief. Their "epistemological differences" were not simply wholesome "diversity." The epistemology Sokal attacked precludes serious discussion of knowable realities. What Sokal exposed was - and remains - radical relativism that asserts the impossibility of serious science and scholarship.

As Steven Weinberg, a Nobel Prize-winning physicist at the University of Texas at Austin, sensibly tells the Chronicle: "We in science are not so naive that we think that science is done in a vacuum . . . without being affected by the surrounding culture. We just think the final results that we're aiming toward are culture-free."

Today, Sokal, who seems eager to make amends for his good deed, claims "a small amount of credit" for what he says is diminished ardor for radical epistemological relativism. But he says "the main credit" belongs to - wait for it - George W. Bush, who discredited "science bashing." Sokal and kindred spirits - he seems to be safely back in the bubble - tell the Chronicle that the real problem is "anti-intellectualism" off campus: "Academic expertise" is under attack, "epistemological skepticism" by "the right" is abetting climate change, etc.

Twenty years on, one lesson of Sokal's hoax is that many educators are uneducable. Another is that although wonderful sendups have been written about academia (e.g., Randall Jarrell's "Pictures From an Institution"), it now might be beyond satire.