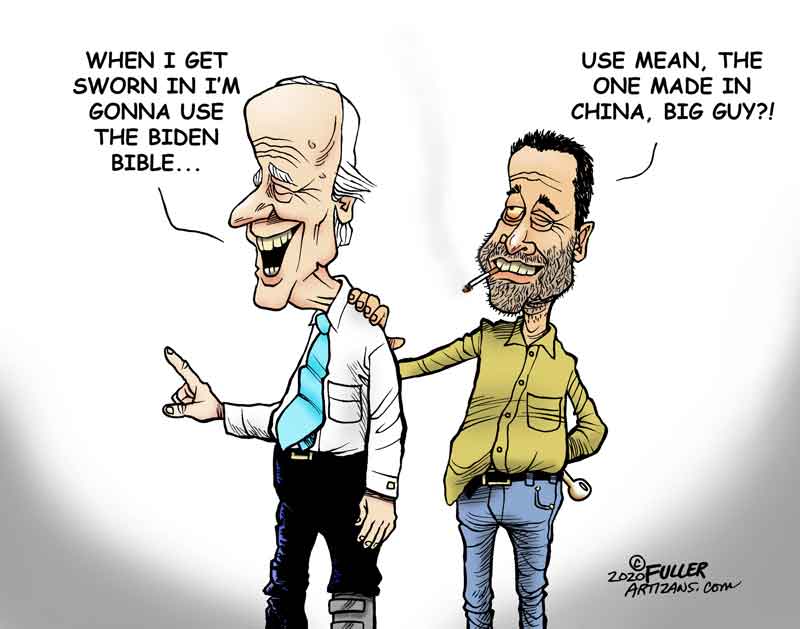 It isn't that the alleged exploits, profits and questionable business deals involving Hunter Biden and his father, Joe Biden, were not known for most of this election year. Much of mainstream media either ignored it or put it down as right-wing extremism.

We've recently learned that the U.S. Attorney's Office in Delaware is investigating Hunter Biden's tax affairs, and has been doing so since 2018. According to the Associated Press, a person familiar with the matter said, "The Justice Department's investigation scrutinizing Hunter Biden's taxes has been examining some of his Chinese business dealings, among other financial transactions."

Hunter Biden disclosed news of the investigation himself last week. He said in a statement, "…I take this matter very seriously, but I am confident that a professional and objective review of these matters will demonstrate that I handled my affairs legally and appropriately, including with the benefit of professional tax advisers."

Why is this investigation just now coming to light? Where has media been all this time?

Even Attorney General William Barr, mocked by historian Neil J. Young as Trump's "real personal lawyer," reportedly sat on the news of the Biden investigation. As The Wall Street Journal reported last week, "(Barr) has known about a disparate set of investigations involving Hunter Biden's business and financial dealings since at least this spring, a person familiar with the matter said, and worked to avoid their public disclosure during the heated election campaign."

Why wait until after the most important presidential election in U.S. history to now reveal all? Would the outcome of the election been any different if media and Barr had come forward sooner?

The Media Research Center (MRC), a conservative watchdog group, conducted a small survey (1,750 voters) in seven swing states. It found one in six who voted for Joe Biden would have changed their vote had they known about stories the national media didn't cover. MRC concluded if that figure had been applied nationally, it would have changed 17 percent of the vote and Trump would have handily won the election.

The greatest power the media have is ignoring stories and depriving the public of information they have a right to receive so they can make informed decisions. This was perfectly revealed in a statement about The New York Post story when NPR's managing editor, Terence Samuel, said: "We don't want to waste our time on stories that are not really stories, and we don't want to waste the listeners' and readers' time on stories that are just pure distractions. And quite frankly, that's where we ended up, this was … a politically driven event and we decided to treat it that way."

But now media is reporting on the Biden tax investigation. After the election. After voters made their choice with half the information necessary to do so competently. And they wonder why trust in the media has been declining for years, as have their TV ratings and, sadly, newspaper subscriptions.

We are now getting revisionist reporting from the same media outlets that relentlessly pursued Russian "collusion" in the 2016 election, impeachment and the Mueller Report among other "stories" designed to damage the president and separate his supporters from him, which didn't work as his rallies have shown.

It's no wonder Trump's base agrees with him that the election was "stolen." It isn't just about the number of ballots cast, it's about censorship and suppression.

But the investigation into Hunter Biden's tax records should continue and the media should be reminded of their failure to pursue them sooner.