Will the moment seize Dems? 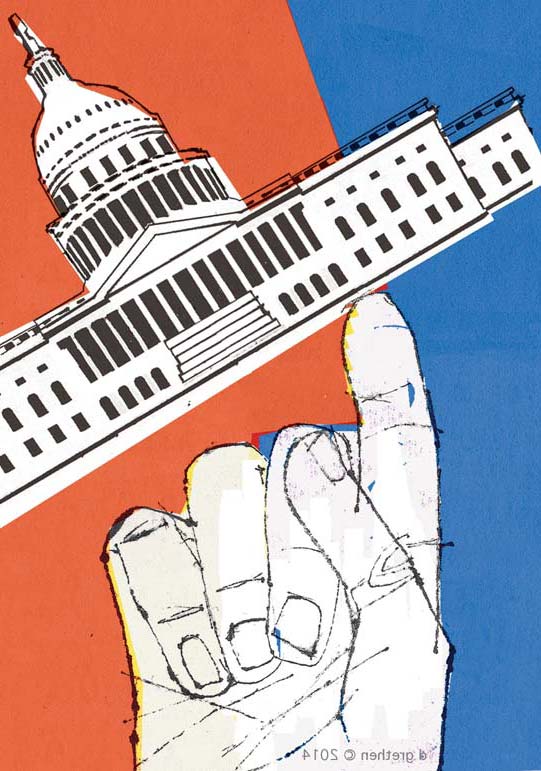 We are about to find out whether meant it when they lamented the loss of civility in . Having won the majority in the in Tuesday's election, will they cooperate with and "reach across the aisle," or will they pander to their base, which wants blood? Guess which scenario I'm betting on?

Rep. (D-CA), who will likely head the Financial Services Committee, has promised to seek revenge on the banks, which she notes loaned money to people in the '90s so they could buy houses they couldn't afford. When the banks foreclosed, she says, some of her constituents became homeless.

Waters seems to have forgotten that the subprime mortgage crisis began during the Clinton administration. As noted in an editorial, "The evidence is overwhelming that Clinton was the architect of the financial disaster that wiped out trillions of dollars in household wealth. Under his National Homeownership Strategy, Clinton took more than 100 executive actions to pry bank lending windows wide open.

Waters also has repeatedly stated she wants the president impeached. She is not alone.

Rep. (D-N.Y.), who will likely chair the , boasted during the campaign of his qualifications to lead impeachment hearings. Nadler has hinted, and a few of his colleagues have done more than hint, that newly installed Associate Justice should be subject to more investigations over alleged charges that he sexually assaulted women three decades ago. That is unlikely to happen since one Kavanaugh accuser admitted to lying about being attacked to "grab attention," there is no corroborating evidence from any of his other accusers and soon-to-be Speaker of the House has said she would not push to impeach Kavanaugh.

have at least two problems. The first is they have no ideas that will do a better job on the economy and jobs than the Trump administration. "Experts" said it was a pipe dream to think economic growth could exceed 3 percent, as candidate Trump promised during the 2016 campaign. It has. said some manufacturing jobs were lost forever. Trump promised to bring them back, and the reported in that, over the past year, manufacturing had added 224,000 jobs.

According to an advance estimate by the , Real gross domestic product (GDP) increased 3.5 percent in the third quarter of 2018, down slightly from the 4.2 percent increase in the second quarter.

second problem is that they will see the election as a mandate and will be tempted to overreach, as did after winning a House majority in 1994. , however, should be cautious. Many of the seats they won in Republican-leaning districts will be vulnerable in 2020. The question is whether will be able to resist the hardcore left in their party that wants to pay back for beating .

Don't expect much civility in , and don't look for major media -- which is as much an arm of the Democratic Party as is for the -- to find fault with any demonstration of incivility by any Democrat.

Instead of seizing the moment, are likely to be seized by the moment. And what about ? Will he tone down his rhetoric, as he suggested in a recent interview that he has already done? Will that make a difference in future Republican prospects?

Between now and the next election gridlock, not comity between the parties, is the likely scenario. Welcome again to a divided government representing a divided nation.