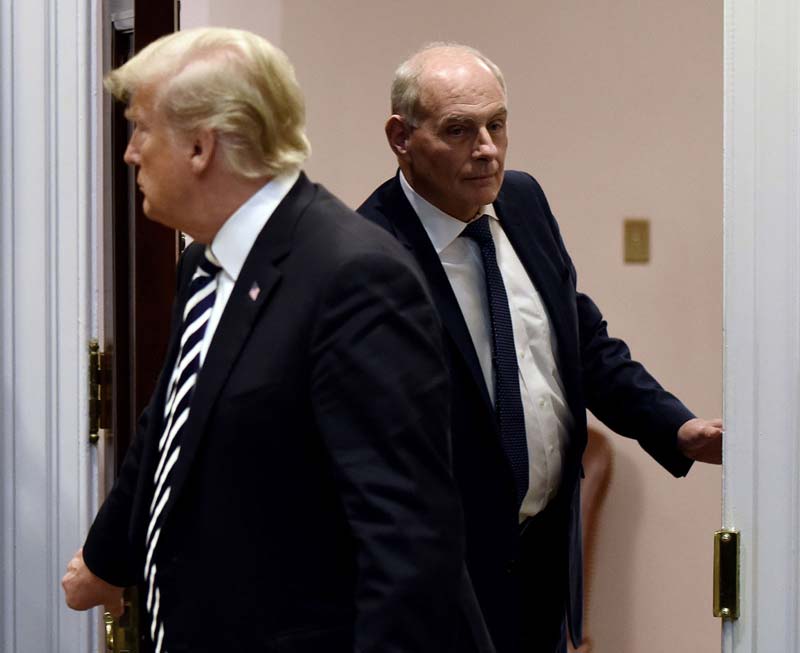 Abaca Press
Shortly after release from prison in , I invited the disgraced TV evangelist to my home. There was an important question I wanted to ask him.

Some background: Bakker and his "Praise the Lord" (PTL) associates sold $1,000 "lifetime memberships" to people who were promised annual three-night stays at his luxury hotel complex in . According to what prosecutors revealed at his trial on fraud charges, Bakker sold tens of thousands of these memberships for a hotel that had only 500 rooms planned and was never completed. It was alleged Bakker kept $3.4 million of the money for himself and the rest paid for operating expenses.

"When did you start to go wrong?" I asked Bakker. His answer was instructive: "When I began to surround myself with people who told me only what I wanted to hear."

I thought of that statement when I read a comment by former White House Chief of Staff John Kelly, who told a gathering in , sponsored by The Washington Examiner, what he had said to before leaving his position: "I said whatever you do, don't hire a 'yes man,' someone who won't tell you the truth -- don't do that, because if you do, I believe you will be impeached."

The latest Secretary, , sounded like a "yes-woman" when she responded to Kelly: "I worked with John Kelly, and he was totally unequipped to handle the genius of our great president."

The key to great leadership is to not overly regard yourself, to understand you don't know everything, realize that, like everyone else, you are flawed and can make bad judgments, and to surround yourself with people who think well enough of you to tell you the truth from their perspective, even when it disagrees with yours. As long as the objective is to help you succeed with your agenda, such advice can be valuable and even humbling, humility being one of humanity's better characteristics and a grace that appears in short supply in .

Another story along these lines was told to me by one of the late associates. After a particularly successful evening during which thousands came forward in response to an invitation to receive Christ as Savior, Graham and his team went back to their hotel room. The aide said he told Graham, "You're not as great as they think you are." He said Graham responded, "Don't I know it."

Some of those evangelical "advisers" to might consider a verse with which they must be familiar. It is from Proverbs 15:22: "Plans go wrong for lack of advice; many advisers bring success."

is said to have written that and most of the Proverbs, which are as good a guidebook for living (and leading) as has ever been written, even for non-believers.

Generals require committed privates in order to achieve success in warfare. Presidents need the same, along with staff who don't always tell them what they want to hear, but sometimes what they need to hear.