Why vote for Dems? 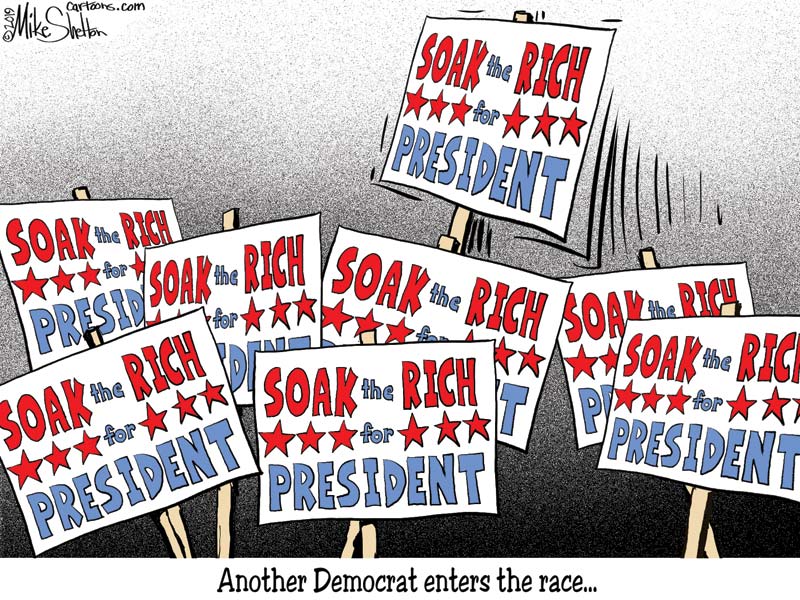 Given what the Trump administration is saying are record achievements for a president at this stage in office, why would anyone consider voting for in the upcoming midterm elections?

Writing in The Washington Examiner, Paul Bedard lists 289 accomplishments of the Trump administration, beginning with the obvious one, the economy: "They include 173 major wins, such as adding more than 4 million jobs, and another 116 smaller victories, some with outsize importance, such as the 83 percent one-year increase in arrests of MS-13 gang members."

They also include two justices now on the Supreme Court and 82 other federal judges confirmed to lower courts.

As the has touted, unemployment in all demographics is the lowest it has been since 1969. Despite a recent blip in the stock market, portfolios have grown fatter since Trump became president. An analysis in predicts economic growth is likely to continue "for years."

Other positives include updated trade deals with and that will produce benefits for American manufacturers and workers far more than the old deal ever did.

Consumer confidence reached an 18-year high in September, according to , director of Economic Indicators at , which conducts the Conference Board Consumer Confidence Index®.

Top this off with the successfully negotiated release of Pastor from a Turkish prison and a more realistic foreign policy in confronting America's enemies.

According to Gallup’s weekly tracking poll, for the week of , the president's approval rating jumped a percentage point, from 42 percent to 43 percent. His disapproval rating holds at 53 percent, though that number is down three percentage points from the week of . Rasmussen, which tends to be more favorable toward , puts the president's approval at 51 percent. That is higher than achieved at a similar point in his presidency. Presidential polling does not necessarily forecast voter behavior in state and local races, though one Poll shows that Sen. (R-) has a nine-point likely voter lead over his opponent Rep. (D-).

In view of Republican successes, including tax cuts and the booming economy, what Democratic policies would produce results better than these? Other than spite for the president, why would voters elect candidates who want to return to a past where things were far different?

Do people who didn't have jobs during the previous administration want to embrace policies that kept them unemployed? Do businesses once prevented from hiring people because of regulations now wish to have regulations re-imposed and to lay off workers they recently hired?

By what logic do some people wish to return to the recent past, including a recent past that includes Republican presidents who cannot lay claim to the type of successes is enjoying?

Perhaps most amazing is the president's growing approval among voters, whose votes he is openly campaigning for as evidenced by rapper endorsement and the president's reciprocal embrace. reported on a new Rasmussen poll that shows "approval rating among African Americans is at 36 percent, nearly double his support at this time last year." Despite the hostility toward the president, voters seem focused more on results than symbolism.

Polls have been wrong in the past -- take the 2016 election as the latest example -- but the president has begun touting his record while campaigning for candidates. That record appears to be resonating with voters, at least in some states. Never has the question "Are you better off than you were four years ago" seemed more relevant. Never has the answer appeared more obvious.