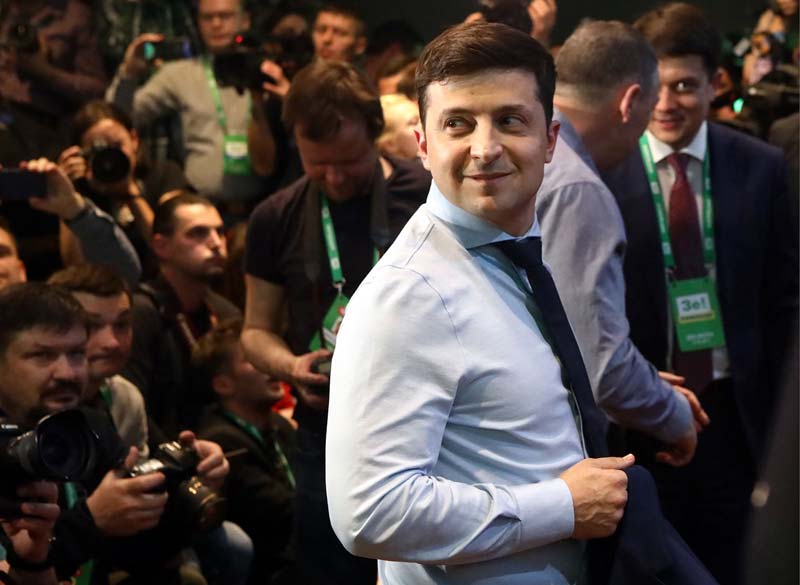 Back when reruns were a staple of summer programming, television networks aired repeats of their programs, giving viewers another opportunity to see what they had already seen. Democratic politicians are now conducting their own version of reruns.

The same bunch who brought us the failed Russian "collusion" story, the sliming of Justice , and charges that is a racist (which also failed, given the spectacular increase in minority employment), are now rerunning the same show with different characters.

According to a still anonymous "whistleblower," who wrote a multi-page "complaint" about a phone call between and Ukraine President that he or she heard about secondhand from another unnamed person, held back military aide to until "dirt" on and his son Hunter could be provided. served on the board of , a Ukrainian gas company, which paid him $3.1 million over a 16-month period. This when his father was vice president of and, according to Bloomberg, pursing "...an anti-corruption policy in ... that included a call for the resignation of the country's top prosecutor who had previously investigated ."

prosecutor general has since come out and said that there is no evidence of wrongdoing by Democratic presidential candidate or his son, but something doesn't pass the smell test.

The New York Times reports the whistleblower is a CIA agent who was on loan to the . I have known several CIA agents and two directors of the CIA -- and Porter Goss -- and none were known for the kind of prose contained in the complaint. The document appears to have been written by a team of lawyers with a political objective, namely impeachment of the president.

This is a view shared by , president of the , a conservative, -based think tank. Fleitz is also a former deputy assistant to and to the chief of staff of the (NSC).

Writing in The , Fleitz says: "I am very familiar with transcripts of presidential phone calls since I edited and processed dozens of them when I worked for the NSC. I also know a lot about intelligence whistleblowers from my time with the CIA.

"My suspicions grew ... when I saw the declassified whistleblower complaint. It appears to be written by a law professor and includes legal references and detailed footnotes. It also has an unusual legalistic reference on how this complaint should be classified. From my experience, such an extremely polished whistleblowing complaint is unheard of. This document looks as if this leaker had outside help, possibly from congressional members or staff."

When it comes to an impeachable offense, there is no there, there.

Like other attempts to undo the results of the 2016 election, this one should also fail if stick together, as did during the impeachment of . (D-) revealed his party's true motives when he said that if Trump isn't impeached he will be re-elected.

There are deeper issues for 2020. They include capitalism vs. socialism; higher unemployment vs. lower; judges who revere and obey the vs. judges who wish they had written it and know what the Founders intended better than the Founders; government health care vs. reforms in the current system to make it better; greater dependence on government vs. an expansion of individual liberty; rewarding initiative and success vs. penalizing the successful with higher taxes and more regulations.

Don't expect to start quoting this line from the national anthem, but it could prove prophetic if fail in their latest cynical attempt to impeach him: "Like the dew before the sun enemies will fade. We will further rule and prosper in our promised land."