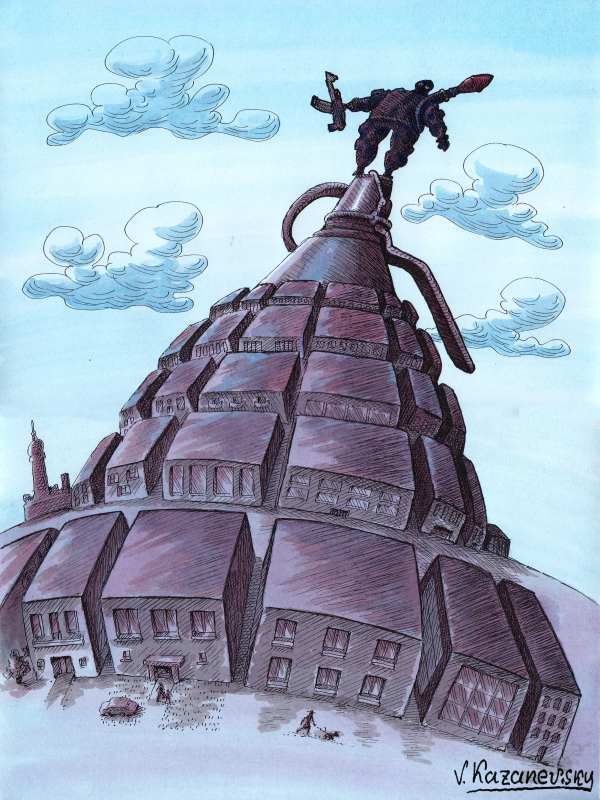 You have to give President Biden credit for consistency. Unfortunately, he has been consistently wrong. As Robert Gates, former defense secretary in the Obama administration once put it, Biden has "been wrong on nearly every major foreign policy and national security issue over the past four decades."

It's laughable to hear Pentagon spokesman John Kirby last week as the Taliban rapidly advanced to control more and more provinces playing the role of "Baghdad Bob," who denied the presence of U.S. troops in Iraq, even as TV cameras showed them behind him.

Trying to deny the obvious, all Kirby could say in response to questions from reporters about the Taliban's rapid takeover of Afghanistan was "we're certainly watching this with deep concern." Kirby also claimed Afghan forces have the equipment and training to fight back. Clearly, that isn't happening, and on Sunday the Taliban captured the country.

The administration has gone silent about the debacle. President Biden said nothing over the weekend while at Camp David. Calls to Jen Psaki go into voicemail.

Adding insult to future injury for especially Afghan women and girls is a new book by Washington Post reporter Craig Whitlock. Titled "The Afghanistan Papers" (shades of The Pentagon Papers), the book says, "A confidential trove of government documents obtained by (the newspaper) reveals that senior U.S. officials failed to tell the truth about the war in Afghanistan throughout the 18-year campaign, making rosy pronouncements they knew to be false and hiding unmistakable evidence the war had become unwinnable."

Among the 400 interviews conducted with officials from the George W. Bush, Obama and Trump administrations, three-star Army General Douglas Lute, who served as the Afghan war czar for Bush and Obama, is quoted by Whitlock as saying: "We were devoid of a fundamental understanding of Afghanistan – we didn't know what we were doing."

Lute might have asked the military leaders of the old Soviet Union who occupied the country in the '70s but failed to subdue it and were forced to pullout.

Lute added: "If the American people knew the magnitude of this dysfunction..." which he blamed on bureaucratic breakdowns "among Congress, the Pentagon and the State Department."

Does this sound familiar? Lies told about military success and more lies about progress not being made. It reminds us of "light at the end of the tunnel" claims during the Vietnam War. As with Afghanistan, we learned nothing about Vietnam from the French who occupied the country in 1946 and were forced to withdraw from it following the infamous battle with the Viet Minh at Dien Bien Phu in 1954.

As usual, America thought it could do better and got bogged down in a war with North Vietnam and the Viet Cong that cost more than 58,000 U.S. lives and, according to figures released by Vietnam, 2 million overall, including civilians.

The initial goal of America's entry into Afghanistan was to defeat al-Qaida, which was responsible for the 9/11 attacks on the U.S. That was fine as far as it went, but President Bush got distracted over an unnecessary conflict with Saddam Hussein's Iraq and then erred in believing he could nation-build in Afghanistan.

Among many things the U.S and the West in general have failed to understand about the Taliban is their religious motivation. They claim they are conquering Afghanistan in the name of Allah.

It reminds me of a verse from the New Testament book of John: "… the time is coming when those who kill you will think they are doing a holy service for God." (John16:2 NLT).

How do you repel such radical Islamic fanaticism? Not by quitting a war the enemy continues to fight. It's going to be a hard lesson, especially if we face another attack created by a reconstituted al-Qaida in Afghanistan.