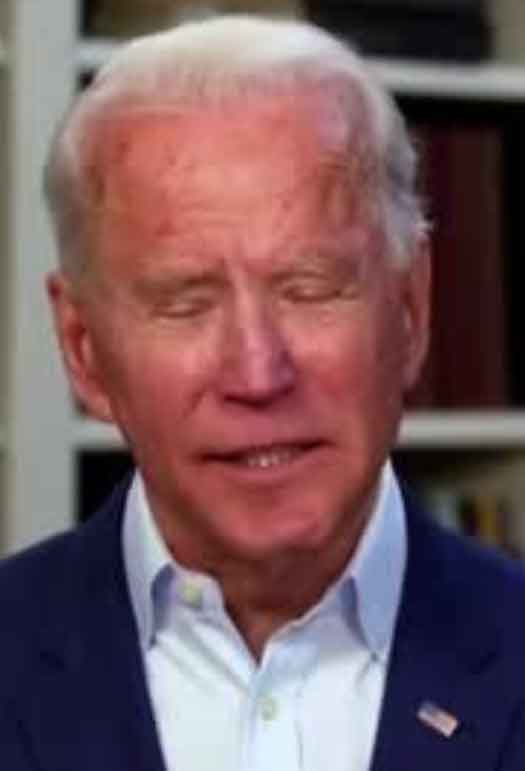 Democratic presidential candidate Joe Biden appears to have painted himself into a corner with his promise to select a woman — and apparently from the candidates on his short list, an African-American woman — to be his running mate.

While it is just the latest example of his party's tribalism in which externals, such as race and gender are preferred over actual ideas, in the end it will make no difference because the Democratic Party looks to have been taken over by hardcore leftists.

Whoever he selects must appeal to and appease the Bernie Sanders crowd.

If press reports are to be believed, Rep. Karen Bass (D-CA), who chairs the Congressional Black Caucus, appears to be among the leading candidates. Unlike Biden, she presents well on TV with her appealing smile and soothing voice.

While all of Biden's potential running mates have baggage, Bass has been trying to unpack hers when it comes to Cuba. Bass had visited Cuba multiple times in the 1970s when she and Hollywood celebrities were also praising the "literacy"and health care programs of the communist dictatorship.

In an interview with Chris Wallace on "Fox News Sunday,"Bass was reminded of her statement on the death in 2016 of Cuban dictator Fidel Castro in which she said: "the passing of the Comandante en Jefe is a great loss to the people of Cuba."

Bass said that her perspective on Cuba "developed over time"and that she now understands the Castro government "was a brutal regime."Bass said she spoke with colleagues from Florida (which has a large Cuban and anti-Castro population in Miami). She said they raised concerns about her comments and that she "would not do that again, for sure."She professes not to be a socialist or a communist.

Is Bass unaware of the history of communism, especially in the former Soviet Union and China where human rights are practiced as human wrongs and people are jailed or executed for speaking ill of, or resisting, the regime? Why did it take her so long to become "educated"about Cuba when information about the cruel and corrupt dictatorship was available to anyone with open eyes? Did she think communism was of a different brand when practiced in Havana than in Moscow or Beijing?

On other issues, Bass also seems consistently in line with the party's Sanders wing. According to justfacts.votesmart.org, Bass voted for the euphemistically named George Floyd Justice in Policing Act of 2020. The bill would prohibit police officers from, among other things, "intentionally pointing of a firearm at an individual."What about the intentional pointing of a firearm by a criminal at a police officer? The bill has nothing to say about that. Criminals will love it.

Bass is also in line with Democrats who want to make the District of Columbia the 51st state, something that would require a liberal Supreme Court to deny specific language in the Constitution preserving the District as a federal city.

That could be overcome if Democrats win back all three branches of government and attempt to pack the Court with more liberal judges, as Franklin Roosevelt tried, but failed to do. Granting DC (and possibly Puerto Rico) statehood would guarantee Democratic Party dominance of government, possibly for decades to come, which is their intent.

If there are any real journalists left, at least one of them should ask Bass about these subjects. Unfortunately, modern journalism has mostly become another arm of the Democratic Party and part of the anti-Trump juggernaut, I am not optimistic any will even make the attempt.