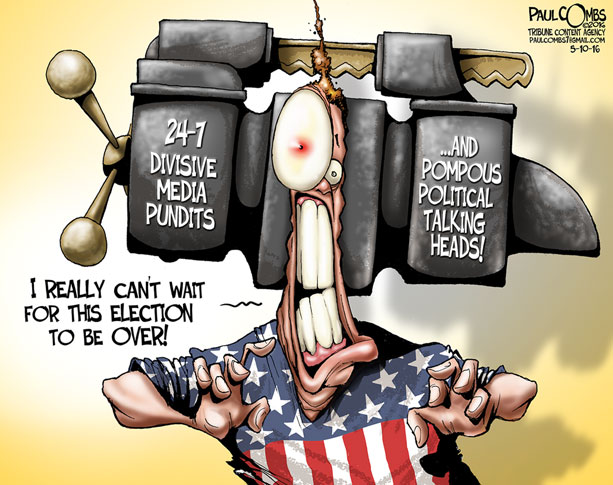 We have always had them among us: fortune tellers, diviners, readers of palms, tarot cards, tea leaves, stars, horoscopes, discerners of animal entrails, calling on gods of wood and stone, and all sorts of other "seers" who have attempted to convince the gullible that they have the power to predict the future.

To some, climate change proponents are little more than modern-day soothsayers that media continues to legitimize, even when their dire predictions of global catastrophe turn out to be not so dire.

The latest, but assuredly not the last, is President Biden's climate envoy, John Kerry. Kerry, whose scientific credentials are nonexistent, recently predicted we have only "100 days" to save the planet from climate disaster. That "Chicken Little" prediction was made at the UN Climate Summit a few days ago, so we had better subtract the days that have followed.

Kerry said on "CBS This Morning" in February that the world has "nine years" to avert a climate catastrophe. What happened in the last five months to advance his forecast? He doesn't say and reporters won't ask him.

In 1967, a Los Angeles Times story reported, "It is already too late for the world to avoid a long period of famine," this according to Stanford University biologist Paul Ehrlich, author of the controversial book "The Population Bomb." Ehrlich also said the U.S. population was "too big" and that involuntary birth control might have to be imposed through sterilizing agents put into staple foods and drinking water. Ehrlich added the Roman Catholic Church might have to be pressured into going along to control the population. In 2018, Ehrlich was still at it claiming that climate disruption was "killing people" and that the collapse of civilization is a "near certainty."

America is not experiencing a famine, is it? And contrary to too large a U.S. population, the 2020 Census Bureau report showed that the U.S. population has slowed in the past 10 years to its lowest rate since the 1930s. To quote from a Stephen Sondheim musical, "I'm still here."

In 1970, a scientist named James P. Lodge, Jr predicted "a new ice age" by the 21st century. Here we are 21 years into the 21st century and some experts are saying the opposite. No wonder critics call it junk science.

Apologists often claim their predictions were based on information available at the time. Yet they want to make changes that would affect our lives and lifestyles, perhaps forever. It's all about control, not individual freedom.

In 1972, two members of the Department of Geological Science at Brown University wrote President Richard Nixon following a "meeting of 42 top American and European investigators." Their letter said, "The main conclusion of the meeting was that a global deterioration of climate, by order of magnitude larger than any hitherto experienced by civilized mankind, is a very real possibility, and indeed may be due very soon." Nearly 50 years later we are still waiting on the sky to fall.

There's much more for anyone who takes time to do the research.

Today, because of fear surrounding COVID-19, we have similar apocalyptic statements emanating from politicians and scientists. Are these statements their attempt to obtain more power for themselves and rob us of our individual liberties and the right to make our own choices?

Has much changed since those ludicrous statements were made a half-century ago? Are doomsday predictions being repeated in new ways today by John Kerry and his fellow climate scare travelers?