The seduction of socialism 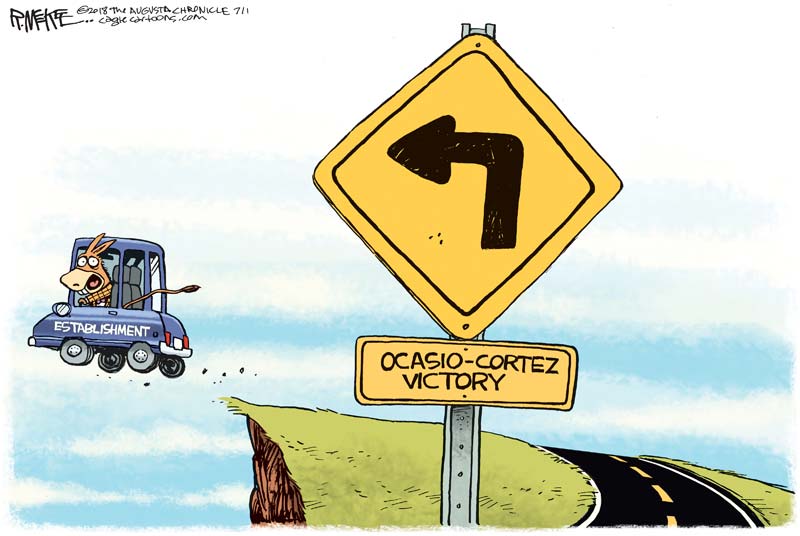 For the current generation, sometimes referred to as millennials, it appears one thing is more seductive than sex -- and that's socialism.

Sen. (I-VT) and 28-year-old , winner of a Democratic primary, are the old and new faces of socialist America.

Their platforms, it appears, hinge on the concept of shared wealth, in other words, handing out free stuff to just about everyone. How far we've come from JFK's admonition not to ask what your country can do for you, but what you can do for your country. Today, for many, it's all about what you should expect from your country with little or no reciprocity.

It is undeniable that capitalism has raised more boats than socialism has sunk. Yet, socialism's appeal continues, despite historical and contemporary evidence that it delivers a bad deal for those who embrace it.

In an article for Reason magazine last May, , a columnist and editorial writer for the , referenced a of Americans, ages 18 to 34. The survey found that "62 percent believe we need a strong government to handle today's complex economic problems." Only 35 percent said "the free market can handle these problems without government being involved."

I have at least three takeaways from this. The first is that it's likely most of those who favor socialism have never lived in a country where it is practiced. A few months in might be the perfect cure. Second, people who claim to prefer socialism to capitalism are probably reaping capitalism's benefits. This group of misinformed comrades includes parents who gave their pampered millennials a lifestyle they likely would never have enjoyed under a socialist regime.

The third takeaway is that those who favor socialism over capitalism and socialist countries over America are spoiled rotten. They are part of a generation that has never had to serve in the military and, I would venture to guess, do not know anyone who is serving or has served, other than maybe a grandparent, whose values many seem to have rejected.

People seduced by socialism have likely not had to sacrifice much for their country. They seem to take it for granted that the freedoms they enjoy, even the freedom to believe in a political and economic system that is anti-freedom, dropped from the sky and were not achieved by the hard work, blood, sweat and tears (which they think is the name of an old rock group) of others.

Socialism stifles incentive and makes people dependent on government, not themselves, which appears to be the liberal ideal. Some would rather get a check than earn one. Look at the TV ads advertising toll-free numbers, free shipping and other free incentives, which are not free at all. Their cost is simply added to the product you purchase.

Socialism is little more than mutually shared poverty, a version of "spreading the wealth around" with government taking from the productive and giving to the nonproductive. It is an economic philosophy closely associated with communism.

Do really want to embrace socialism heading into the next two elections? If so, they can expect the same defeats they have suffered in the past -- think and . Each thought the American people were taxed too little and that big government was the answer.

It isn't, and it never will be.