End immigration to mend it 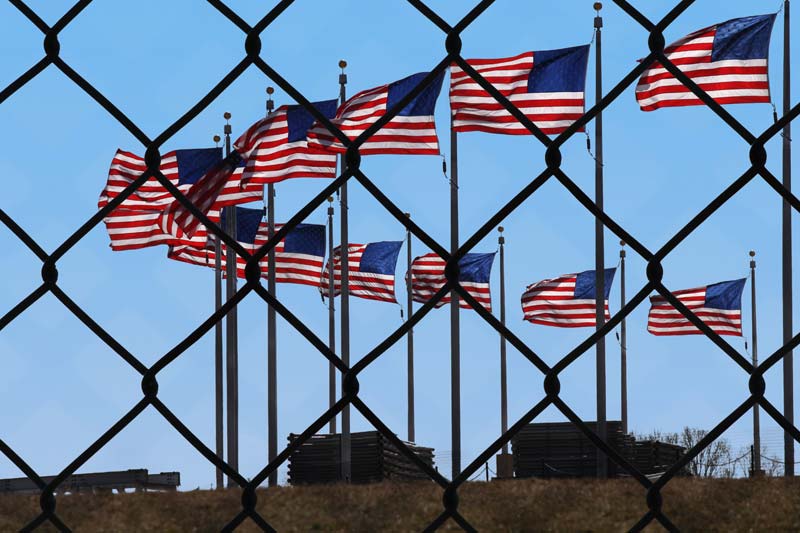 For safety reasons, fire marshals control the number of people who can occupy a building at any one time. We've seen what happens when crowds get too large and a fire breaks out, causing panic and often death. So why not control the crowd illegally entering America?

We control water so that it won't overflow a bathtub or sink, causing damage requiring expensive repairs, so why not shut off the flow of those illegally entering at the border?

Pick your own analogy, but the immigration system is worse than broken. It can be fixed, but politicians from both parties refuse to do it. The immediate and long-term damage inflicted on our country as a result of this neglect will be severe.

has the power to shut off the flow of immigration until those who have entered the country illegally can be accounted for, those without proper documentation can be deported and the ones here legally become citizens.

The president has the authority under 8 USC1182. The law includes categories of persons "ineligible" to enter . A key section relates to those entering the country illegally whose only motivation is to find a job and make money. The following is taken directly from the law:

"In general, any alien who seeks to enter for the purpose of performing skilled or unskilled labor is inadmissible, unless the Secretary of Labor has determined and certified to the Secretary of State and the Attorney General that (1) there are not sufficient workers who are able, willing, qualified... (and) (2) the employment of such alien will not adversely affect the wages and working conditions of workers in similarly employed."

During the administrations of and , immigration was reduced to a trickle. After leaving office, Coolidge wrote in a newspaper column that most immigrants had come to demonstrate loyalty to America, but they must come "slowly" and avoid "city colonies while spreading across the county." He then explained why, which ought to resonate today: "We have certain standards of life that we believe are best for us. We do not ask other nations to discard theirs, but we do wish to preserve ours. ... We reflect on no one in wanting immigrants who will be assimilated into our ways of thinking and living."

When Coolidge was president, a 2 percent quota was established for immigrants entering the After , the 2 percent rule was replaced with an overall annual cap of 150,000 immigrants. Quotas were set according to "national origins" as listed in the 1920 census. It wasn't until the 1960s that the floodgates were opened and what some call an "invasion" began. It has only gotten worse as anyone with a TV set or who lives along the border can plainly see.

Yes, the quota system discriminated in favor of "preferred" nationalities. The website u-s-history.com confirms its intent: "The clear aim of this law was to restrict the entry of immigrants from Southern and , while welcoming relatively large numbers of newcomers from , and ." Mexican laborers were also banned.

If continues to fail in its responsibility to protect our borders -- because they and their supporters want cheap labor and because they see potential votes -- then should follow the example of two of his predecessors and the law to shut off the human tidal wave until we can deal with those already here.