Spending as if there is no tomorrow 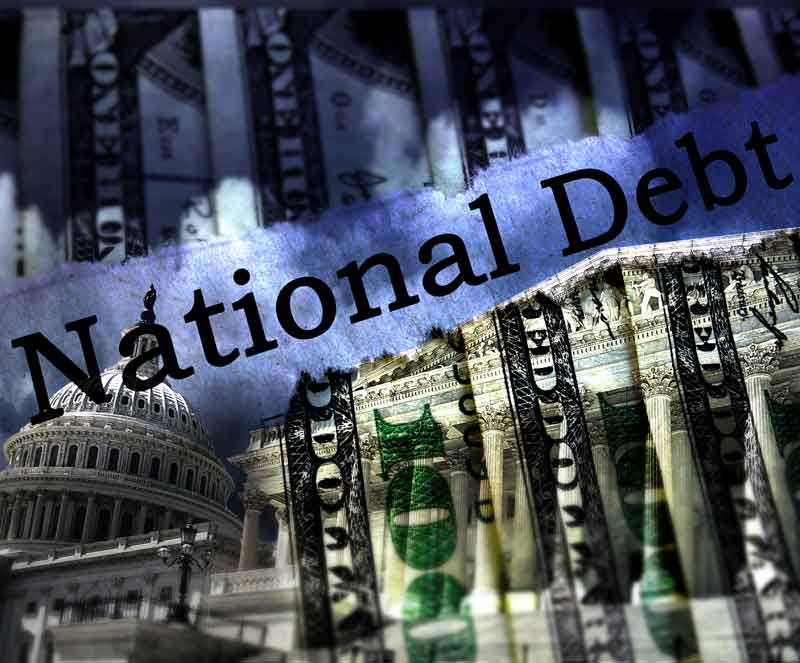 I am not in the habit of quoting leftist Noam Chomsky, but this line seems relevant when one considers our growing national debt: "When you trap people in a system of debt, they can't afford the time to think."

Perhaps now is not the time in the middle of a pandemic, job losses and threats of even higher unemployment, to mention the national debt. Or, perhaps it is.

One of the common characteristics of the fall of past empires and superpowers is massive national debt. Ours is currently at $26.5 trillion and growing by the second. Americans should regularly consult the real-time debt clock and ponder the future. The interest on the debt, which also grows daily, is higher than the nation's gross domestic product for the first time since World War II.

With more borrowed money going out the Treasury Department's door because of the pandemic and Joe Biden promising to spend additional trillions should he become president the debt will become an even greater economic albatross.

One year ago when the debt was "only" $22 trillion, I wrote a column about what the Founders thought of debt. Their words are worth repeating:

Thomas Jefferson said: "We must not let our rulers load us with perpetual debt." Alexander Hamilton added: "Nothing can more affect national prosperity than a constant and systematic attention to extinguish the present debt and to avoid as much as possibl(e) the incurring of any new debt."

We have this from George Washington, whose statues are being torn down by people who appear to know nothing, or care, about history: "Avoid occasions of expense ... and avoid likewise the accumulation of debt not only by shunning occasions of expense but by vigorous exertions to discharge the debts, not throwing upon posterity the burden which we ourselves ought to bear."

If that's insufficient, consider James Madison: "I go on the principle that a public debt is a public curse, and in a Republican Government a greater curse than any other."

Finally, hear John Adams: "The consequences arising from the continual accumulation of public debts in other countries ought to admonish us to be careful to prevent their growth in our own."

Our modern leaders are not listening.

Citizens Against Government Waste (cagw.org) has just published its annual "Pig Book," about some of government's wasteful spending and earmarks Republicans promised to eliminate. Earmarks are spending added to bills that have not been authorized, approved by any committee, or voted on by members.

From the booklet's introduction: "A January 2020 Congressional Budget Office report forecast an average annual deficit of $1.3 trillion between fiscal years 2021 and 2030, rising to $1.7 trillion by the end of the decade, adding $12.4 trillion to the national debt and bringing it to $$36.2 trillion. That estimate was made prior to the outbreak of COVID-19 and the subsequent health care crisis and economic shutdown. One estimate suggests that the pandemic will add $8 trillion to CBO's fiscal year 2030 projection, for a total of $44.2 trillion."

The Pig Book documents what it says are slightly fewer earmarks this year but notes the amount of spending on them has increased.

In 2010, then-House Republican Leader John Boehner praised his fellow Republicans for adopting a ban on earmarks in the 112th Congress: "This earmark ban shows the American people we are listening and we are dead serious about ending business as usual in Washington."

While earmarks are a fraction of government spending, if Congress continues to spend money as if there is no tomorrow, there may not be a tomorrow. America will drown in debt with no one to rescue us from our folly.