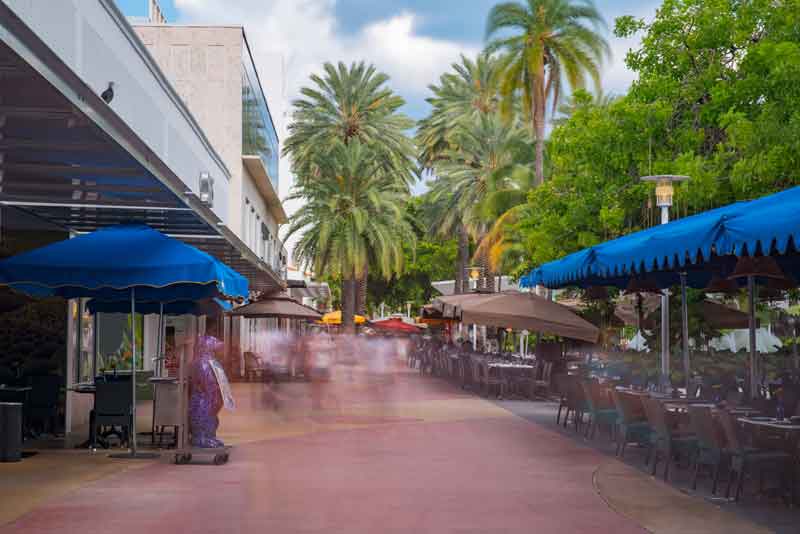 MIAMI — The on-again, off-again opening and closing of restaurants in Miami has angered restaurant owners in the area. Last week, 30 of them gathered to protest the latest shutdown order by Miami-Dade County Mayor Carlos Gimenez, a Republican.

Nick Sharp, who owns three restaurants, said of the mayor's latest closure order: "It's moronic. It's idiotic. It doesn't make any sense.'

The owners say they have complied with previous dictates limiting them to 50 percent indoor capacity, hand washing and masks on servers, but were still ordered to close. If such measures are supposed to protect people from getting the virus, why does Mayor Gimenez now deem them insufficient? It makes one wonder if the "experts' and politicians can be fully trusted.

Mitchell Sanchez, co-owner of Latin House, told station WSVN, "It was a decision that was made in haste, definitely with no science backing it.' The owners are also angry that Gimenez's decision was made without consulting other area mayors, some of whom oppose his edict.

After the protest, Gimenez partially reversed himself, saying outside dining, as well as takeout, would be "allowed,' which underscores for many the arbitrariness of it all. Outside dining is also problematic due to Miami's sometimes heavy summer thunderstorms.

In an email to Mayor Gimenez he shared with me, Nick Sharp said: "We demand that our elected officials show specific data on how indoor dining rooms are responsible for the spikes (in COVID-19 cases). Without this data, we insist that restaurant dining rooms re-open, countywide, immediately.'

Some restaurants in South Florida are permanently closed and employees lost their jobs after the last shutdown. Owners still in business believe many of them will not survive the current closure, causing additional job losses, along with severe impacts on supply chain food distributors, the local economy and state taxes.

In a phone interview, I asked Sharp how long his restaurants could survive this latest closure. "Maybe one month,' he replied. He said 25 other mayors in the region oppose Gimenez's directive and that Gimenez "never consulted with anyone.'

Sharp was just getting started: "(Mayor Gimenez) gives no solution to reducing the positivity rate, other than ‘public responsibility.' That's the only solution he offers. That's what we have now, and it isn't working.'

It is unfair to single out a single and prosperous industry for special treatment, especially when there is no scientific consensus or reason for doing so.

Sen. Rand Paul (R-KY), an eye doctor who contracted COVID-19 in March and recovered after self-quarantining, recently said at a Senate hearing: "It is a fatal conceit to believe any one person or small group of people has the knowledge necessary to direct an economy or dictate public health behavior. I think government health experts during this pandemic need to show caution in their prognostications. It's important to realize that if society meekly submits to an expert, and that expert is wrong, a great deal of harm may occur . . . when we allow one man's policy or one group of small men or women to be foisted on an entire nation.'

That is a good model, not only for Miami-Dade County, but also for the rest of Florida and the nation. One size doesn't fit all, and neither should the opinions of a few "experts' dictate to everyone, especially when other scientists and political leaders have differing opinions. The economy and health of the country are at stake and decisions made now could harm or help America for decades.