Not a 'total loser' 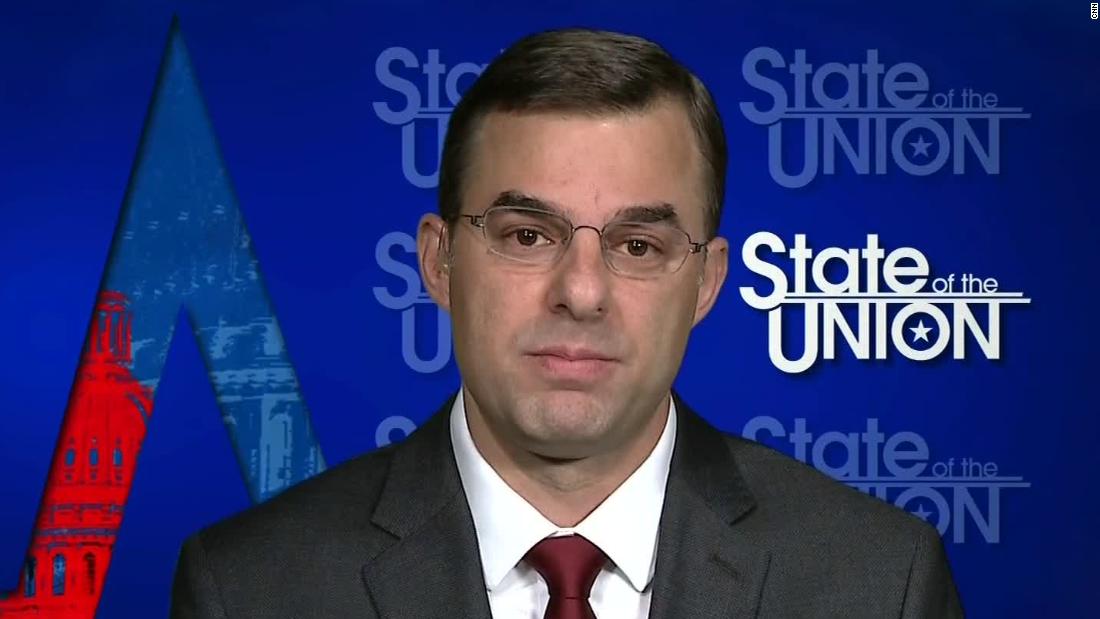 NOTCH, -- Rep. has left the and will now represent third congressional district as an Independent. In a op-ed, he wrote: "I've become disenchanted with party politics and frightened by what I see from it. The two-party system has evolved into an existential threat to American principles and institutions."

Responding to Amash's announcement, called him "a total loser" who was unlikely to win a primary election next year against a Republican challenger.

No one is a total loser and some of Amash's concerns ought to be of interest to more of us. The parties are as divided as ever. Re-election seems to be the primary goal of many in , along with nonstop fundraising.

The Founders never intended politics to become a career. They were farmers, lawyers, businesspeople and average citizens who saw service to their country as a duty and a privilege, not a lifestyle. Most returned home to their real jobs after serving the nation for a brief time. Many of today's politicians serve for decades with no real connection to the people they were elected to serve.

Instead of clashes between parties whose interests do not promote the general welfare but instead appear mostly self-serving, candidates should debate which ideas have a proven track record of working, no matter their party of origin.

Our 30th president, , who was born in this tiny hamlet of Plymouth Notch on , had abundant wisdom on numerous subjects. Horse, or common sense, they called it.

About taxes, which today's Democratic presidential candidates believe are not high enough, Coolidge said, "I want taxes to be less, that the people might have more," and "The collection of any taxes which are not absolutely required, which do not beyond reasonable doubt contribute to the public welfare, is only a species of legalized larceny" and "The wise and correct course to follow in taxation is not to destroy those who have already secured success, but to create conditions under which everyone will have a better chance to be successful." Copy to and .

Coolidge also said you don't help build up the weak by tearing down the strong. Copy to all .

In his op-ed, Amash writes of partisanship: "These are consequences of a mindset among the political class that loyalty to party is more important than serving the American people or protecting our governing institutions. The parties value winning for its own sake, and at whatever cost. ... In this hyper-partisan environment, congressional leaders use every tool to compel party members to stick with the team, dangling chairmanships, committee assignments, bill sponsorships, endorsements and campaign resources. As donors recognize the growing power of party leaders, they supply these officials with ever-increasing funds, which, in turn, further tightens their grip on power."

He is right, but who is most at fault? Isn't it the people who vote for and allow them to stay beyond their "sell-by" date, corrupted by money and power? Too many voters are also compromised by what they get from government.

Coolidge said, "The aim of our government is to protect the weak -- to aid them to become strong." That last part is key. Too many politicians want to subsidize the weak in their weakness, addicting them to government programs and the Democratic Party.

Where in the recent debate among Democratic presidential candidates did you hear anything about government helping people to become less dependent on it and more independent of it?

Winning the battle of ideas ought to be paramount, not just beating members of the other party. Coolidge, a total winner, would approve.