The politics behind separation anxiety 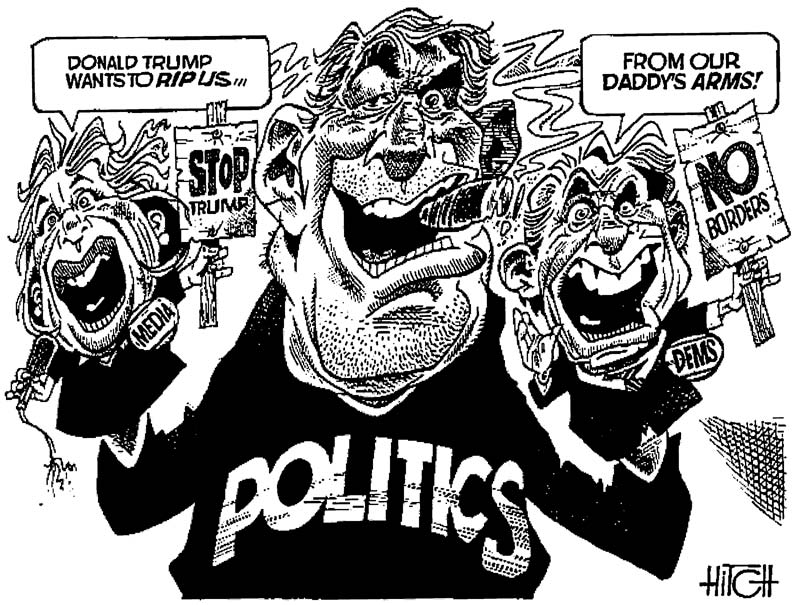 Need proof that the current controversy over children of undocumented immigrants is more political than humanitarian? Hillary Clinton said she was "adamantly against illegal immigrants" and supported a border wall until she ran for president in 2016.

In his 1995 State of the Union address, President said: "All Americans, not only in the states most heavily affected, but in every place in this country are rightly disturbed by the large numbers of illegal aliens entering our country. The jobs they hold might otherwise be held by citizens or legal immigrants. The public services they use impose burdens on our taxpayers." Clinton went on to tout the importance of border security.

Now, , whose policies have contributed to the separation of parents from children -- I refer to Aid to Families with Dependent Children, one provision of which, enacted by numerous states, disqualified families from receiving benefits if any adult male was found living in the house -- want us to believe they are overwhelmed with empathy at the sight of crying kids along our southern border.

is following up on a campaign pledge to stop the flood of undocumented immigrants. On Monday he vowed: " will not be a migrant camp, and it will not be a refugee holding facility."

During a press briefing, Secretary of Homeland Security Kirstjen Nielsen defended the administration's zero-tolerance immigration policy. "We will enforce every law we have on the books to defend the sovereignty and security of . ... This entire crisis ... is not new. It is been occurring and expanded over many decades. But currently it is the exclusive product of loopholes in our federal immigration laws that prevent illegal immigrant minors and family members from being detained and removed to their home countries."

responded, "She offered a technical response to a deeply emotional issue."

If emotion is to supersede law, then just about any law can be circumvented if the emotional level is high enough.

True to form, many congressional have headed for the weeds, afraid to battle emotions with facts and to stand up for border security and for Americans who are becoming victims to gang members who've entered the country illegally.

Most of those crossing the border have no documents so we have no idea who they are. We have only their word that they are fleeing violence in their home countries. We also don't know if the children accompanying them are theirs. Smugglers can coach kids and adults to tell border guards almost anything.

magazine addresses the separation problem. It's rooted in the "Flores Consent Decree from 1997, which states that unaccompanied children can be held only 20 days. A ruling by the Ninth Circuit extended this 20-day limit to children who come as part of family units. So even if we want to hold a family unit together, we are forbidden from doing so."

further quotes from an April New York Times story: "Some migrants have admitted they brought their children not only to remove them from danger in such places as and , but because they believed it would cause the authorities to release them from custody sooner. Others have admitted to posing falsely with children who are not their own, and officials say that such instances of fraud are increasing.

"According to azcentral.com, it is 'common to have parents entrust their children to a smuggler as a favor or for profit.'"

With so many good signs that the country is on the right track and with approval rating at 45 percent, the highest it has been since the beginning of his term, and the major media have no other issue except the immigration issue, and it may be the last gasp -- and last hope -- before the November election.