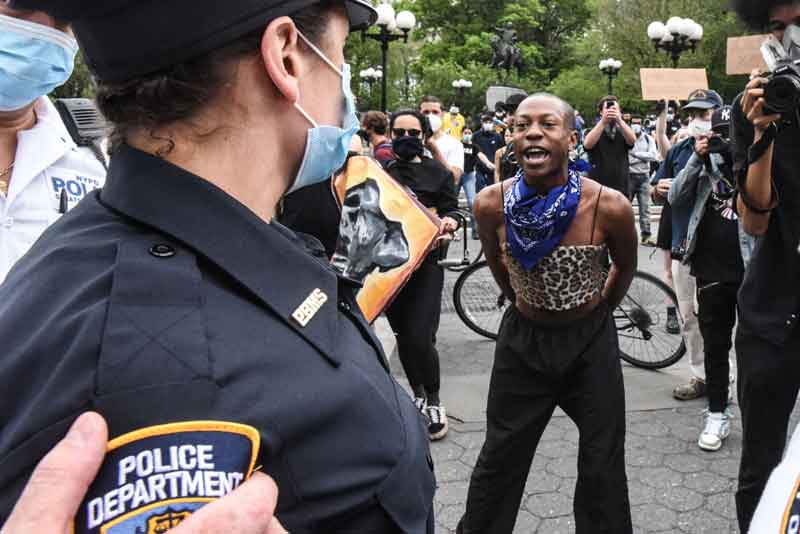 It was a night I shall never forget.

The date was April 4, 1968. Dr. Martin Luther King Jr. had been assassinated in Memphis and I was flying home to Washington, D.C., from Atlanta. As the plane descended over National Airport, I could see flames. Part of the city of my birth and capital of the nation was on fire.

The riots and looting in several U.S. cities after George Floyd was killed by a white Minneapolis police officer whose knee cut off his airway while he was subdued by handcuffs and lying face down in the street, reminds me of those days.

TV images overwhelmed the just cause of peaceful protesters. Similar scenes helped Richard Nixon win the presidency in 1968 on a "law and order" platform.

Why does this happen again and again? Leaving aside the charge of domestic terrorists and outsiders for the moment (though violence and looting solve nothing and obscure any cause), discrimination and racism have scarred America since slavery.

Harvard Professor Henry Louis Gates Jr., who is African American, had his own experience when he was arrested by a white police officer in Cambridge after a neighbor reported a black man was trying to break into someone's house. It was Gates' own home.

I asked Gates for his reaction to Floyd's killing. He responded: "Racism has been part of America's cultural DNA since before the ink dried on the Constitution. Dominant in some and recessive in others, it's a gene that has mutated over time yet remains part of the inheritance weighing us down, one generation to the next. The damage it has done is systemic and goes all the way down to the cellular level."

Gates, whose PBS series "African-American Lives," and "Finding Your Roots" should be must-see TV because they help explain the African-American experience, added: "As a country, we've been here before, first following the collapse of Reconstruction and the rise of Jim Crow, and then again in a less well-known series of events that unfolded in 1919.

Following the Influenza Epidemic of 1918, and the return of black soldiers from World War I, and at the apex of the legitimization of Jim Crow, white vigilantes engaged in an appalling series of lynchings of innocent black victims, so brutal that it was soon dubbed ‘the red summer' of 1919."

Gates is quick to acknowledge it would be a mistake to ignore the "great progress" the country has made in race relations and adds: "Those of us who love freedom and justice and believe in an America that stands for racial equality and community across the color line must join arms and fight white supremacy wherever and however it rears its heinous head."

This "DNA" problem is called sin by preachers and cannot be altered by government programs. If it could have, it would have by now. We have spent $22 trillion on anti-poverty and racial justice programs, according to a 2014 study by The Heritage Foundation on the outcome of Lyndon Johnson's Great Society. The results have been minimal at best because they never cured fundamental causes of poverty. A changed heart is key, something government lacks the power to achieve.

Poverty, alone, is not the only problem, though. Allowing nationwide school choice for poor children would help alleviate it for many. One can also discriminate against someone who is middle class and hate a wealthy person because of skin color. Tribalism is also a contributing factor to racism. We tend to know and stick only with members of our own "tribe."

That has to change. Otherwise, even if justice is served in the George Floyd case, racism and its terrible consequences will endure.