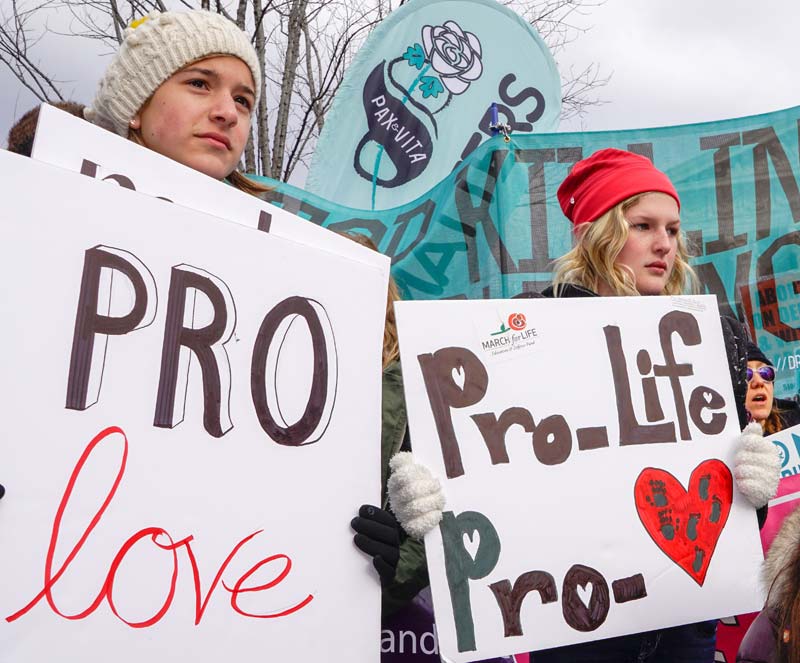 Since 1973, when Roe vs. Wade ushered in what would eventually lead to abortion on demand, including partial-birth abortion and even the failure to protect babies born alive after failed procedures -- the pro-life movement has achieved few legislative victories.

That may be about to change. While and several other states have passed statutes effectively allowing infanticide, more conservative states are passing "heartbeat" bills and other restrictions. Information is becoming more helpful in changing the opinions of people not rigidly "pro-choice" to one more favorable to defending unborn life, at least at late stages of fetal development.

Films like "Unplanned," the story of former Planned Parenthood official and her transformation after witnessing an actual abortion, are also advancing the pro-life cause.

New court cases have been building toward a moment when more conservative judges, including those now on the Supreme Court, might look favorably on modifying, though probably not overturning, Roe v. Wade. While that is not a given (note the opinions upholding Roe by justices named by Republican presidents), momentum appears to be building in a pro-life direction.

This is why the courts are likely to take an incremental approach, rather than an outright overturning of Roe. Incrementalism has brought us to the point where Gov. of recently sought to defend a bill (defeated) that would have failed to protect a baby who survives an abortion and leave the decision to the woman and her "doctor" as to whether the child should be allowed to die, intent being the determining factor. Incremental steps could also move in the opposite direction.

Unrestricted abortion has been aided by an increasingly secularized society that appears to view human life as merely the highest form of evolution, but of no greater moral significance than animals that seem to be afforded more protection in law than an unborn child.

As pregnancy help centers have expanded, as scientific knowledge, including the use of sonograms, have helped change the minds of some abortion-minded women when they see pictures of their baby, as more people become aware that, since 1973, the number of aborted babies has reached 60 million and the birth rate has declined to its lowest level in three decades, there is increasing optimism that the times may be changing in favor of some protection for the unborn.

Still, abortion is a reflection of something far deeper. An increasingly secular society in which its fastest growing demographic ascribes to no religious belief, is now of a mindset to tolerate virtually everything.

In the book of Judges, in the Hebrew Bible, one line is repeated that characterizes modern America: "In those days (insert America) had no king; everyone did as he saw fit."

While America is strong economically and militarily, we are weak where it really counts.

No one can predict how the courts -- especially the Supreme Court -- will handle cases formulated to get their attention, but history proves the wisdom of Abraham Lincoln's observation: "America will never be destroyed from the outside. If we falter and lose our freedoms, it will be because we destroyed ourselves." That should include the freedom to be born.

The secular progressives will fight back with everything they have, including their misuse of language to hide what goes on behind closed doors at an abortion facility, but the wind has shifted behind the backs of pro-lifers and this could be their most favorable moment in 46 years.