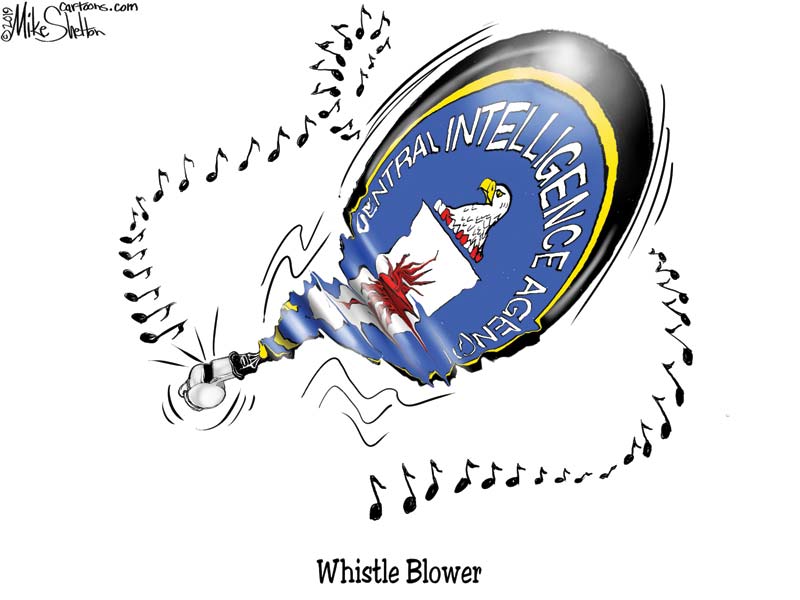 The Central Intelligence Agency is always looking to recruit new agents and advertising is one way it has done so in the past.

The difference this time is in a newly created series of recruitment videos that reflect the spirit of the age in which we live, rather than appealing to abilities and patriotism.

The videos seem to suggest that the super-secret agency has been infiltrated, not by spies from Russia, China, or al-Qaida, but rather a subtler and nearly invisible enemy.

That would be the infiltration by woke liberals, whose primary goal appears to be the undermining of every tradition and institution — from Disneyland’s Snow White ride (the famous kiss scene by the Prince has been deemed sexually aggressive because Ms. White is unconscious and cannot give consent, so it will be re-imagined) — to America’s foremost intelligence agency.

The latest CIA video features a Latina officer who identifies as a “cisgender millennial.” Even the word “cisgender” is so new that my spellcheck does not (yet) recognize it. The video is part of a new series called “Humans of CIA” designed to attract a more “diverse pool of candidates.”

From the script: “I am a woman of color. I am a mom. I am a cisgender millennial who has been diagnosed with generalized anxiety disorder. I am intersectional, but my existence is not a box-checking exercise.”

Really? What else could it be?

WebMD defines anxiety disorders: “They’re a group of mental illnesses that cause constant and overwhelming anxiety and fear. The excessive anxiety can make you avoid work, school, family get-togethers, and other social situations that might trigger or worsen your symptoms.”

Forget the other stuff. Why would the CIA be fine with an agent suffering from such a malady?

Some conservatives immediately began mocking the video. Sen. Ted Cruz (R-Texas) said: “If you’re a Chinese communist, or an Iranian mullah, or Kim Jong-un … would this scare you? We’ve come a long way from Jason Bourne,” a reference to the star of the spy movies, not to mention the real-life drama of Virginia Hall, whose World War II exploits for British, French and American intelligence are chronicled in a book by Sonia Purnell entitled “A Woman of No Importance.”

Donald Trump Jr. joined the mock fest when he tweeted that the agency has gone “full woke. China and Russia love this” and are “laughing their asses off.” Trump junior added: “wokeness is the kind of twisted PSYOP (psychological operations) a spy agency would invent to destroy a country from inside out.” Such operations have traditionally been used to influence the reasoning and emotions of people, a strategy now full-blown in America.

The late historian Will Durant had the definitive statement about what happens to nations that ignore traditions and policies which have worked in the past: “A great civilization is not conquered from without until it has destroyed itself within”

An even higher authority preached: “For a time is coming when people will no longer listen to sound and wholesome teaching. They will follow their own desires and will look for teachers who will tell them whatever their itching ears want to hear. (2 Timothy 4:3 NLT)

The Biden administration is weakening America from inside out, especially by ignoring the crisis at our southern border. Wokeness is spreading at least as fast COVID-19 ever could.

Unlike the virus, there is no vaccination for this moral and intellectual pandemic.

The CIA has had problems in its past, but none as serious as this. If they continue to succumb to wokeness, the “I” in its acronym will stand for insanity.