Signs of the times 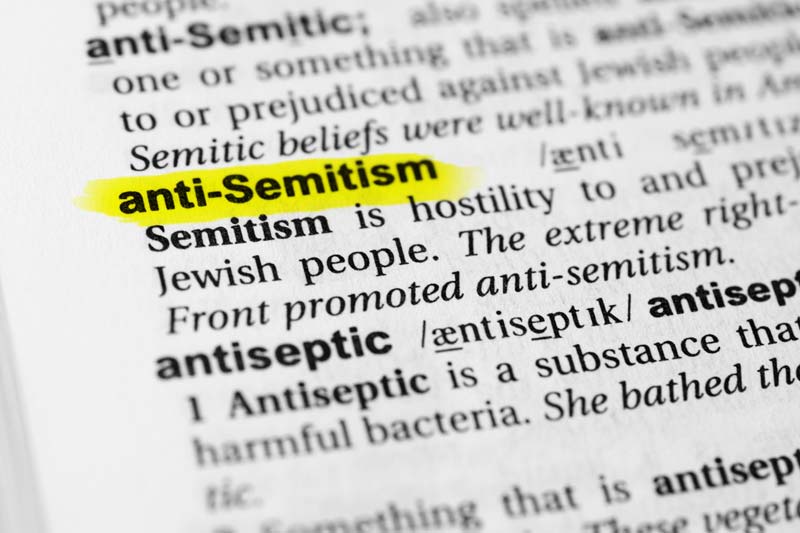 It took a few days, but finally got around to apologizing for publishing in its international edition a grossly anti-Semitic cartoon depicting a blind wearing a yarmulke and being led by a dog resembling Israeli Prime Minister . The dog wore a Star of David around its neck.

At first the blamed a single editor and poor oversight, but Sunday the newspaper issued a formal apology.

That might be acceptable were the incident an aberration, but noted in a scathing column for his own newspaper, "The has a longstanding Jewish problem, dating back to World War II, when it mostly buried news about the Holocaust, and continuing into the present day in the form of intensely adversarial coverage of . The criticism goes double when it comes to the editorial pages, whose overall approach toward the Jewish state tends to range, with some notable exceptions, from tut-tutting disappointment to thunderous condemnation."

The Israeli ambassador to , , responded to the cartoon, calling the newspaper "a cesspool of hostility" toward . There is much history of the newspaper's "coverage" of Jews and that proves him right.

Defenders of the claim a difference between anti-Zionism and anti-Semitism, but this is like saying "I don't hate black people, I am just opposed to recognizing their civil rights."

The coverage of the Israeli-Palestinian conflict is clearly pro-Palestinian. In its news stories, editorials and columns, the paper often portrays as the obstacle to peace because it won't surrender to Palestinian demands to forfeit more land and support a two-state solution, by which the Palestinian leadership means a one-state solution achieved by the eradication of the Jewish state.

There are more subtle jabs at and Jewish people in the newspaper's stories. The list could fill several columns, but here's a sample. In 2015, the published a chart labeling Democratic lawmakers opposed to the Obama administration's nuclear deal with as "Jewish?" or not. The chart was removed from its online version after an outcry.

In 2013, the published the obituary of a woman whose three sons died in attacks against . The headline read, ", 64, the 'Mother of Martyrs.'" As of the noted, "The text box couched the terrorism in passive terms: 'A woman who took unusual pride in how three of her sons died.' The word 'terrorism' didn't even appear in the obituary by , who also called the murderous part of the 'military wing'."

In 2012, The reporter worked in a swipe at in a story about the genocide in . wrote, "...like , has succeeded in leveraging the guilt that other countries feel for not intervening in its genocide." Ah, that old trope about Jewish guilt.

In 2011, columnist wrote about the favorable response Members of gave to visiting Prime Minister : "I sure hope that prime minister ... understands that the standing ovation he got in this year was not for his politics. That ovation was bought and paid for by the lobby."

There are many more recent examples. The cartoon merely adds to the list.

The reporting and commentary is one thread -- but an influential one -- in a pattern contributing to the rise of anti-Semitism worldwide. These include recent shootings at American synagogues, the defacing of Jewish cemeteries, the return of Nazi symbols and the proliferation of white supremacist web pages.

Denunciations of such talk, symbolism and acts of violence are not enough. Sadly, more houses of worship are hiring armed guards, but even that only addresses the symptoms of hate, not the disease itself. The might consider contributing to solutions, rather than adding to the problem.