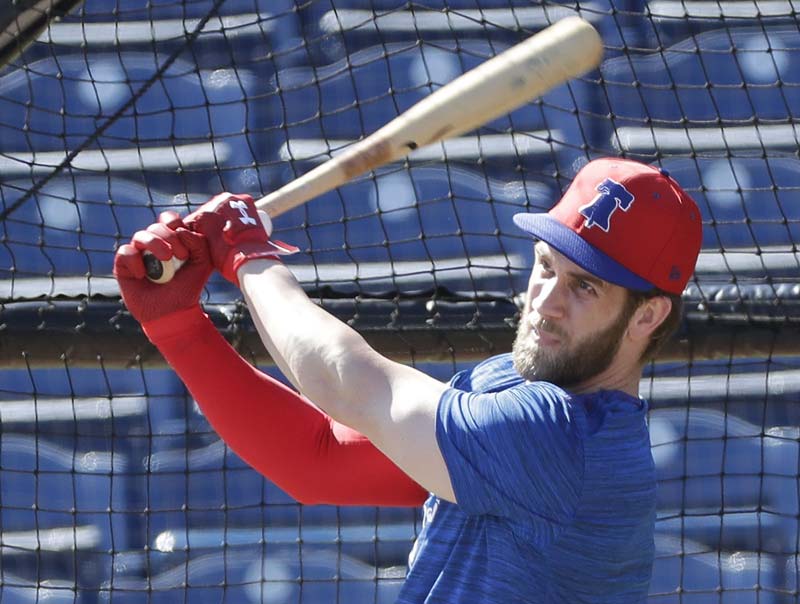 President once said, "If you want a friend in , get a dog." That truism can now be applied to baseball players, notably .

Harper, a former Washington National and now new member of their National rival, the , recently completed an off-season auction of his talents, signing a 13-year contract worth $330 million to play the rest of his career in .

I have never been one to begrudge a professional athlete, or anyone else, from making as much money as they can. Is he worth it? He is worth whatever the pay him. This is about loyalty.

There was a time when baseball players were loyal to the team that signed them, except in rare instances when some were traded. The greatest -- , , , ., and many others -- stuck with one team.

Since free agency, players have become like interchangeable parts. One year they are in the local uniform, the next they are wearing different colors and playing for a rival team. Owners partially pay for their large salaries by sticking fans with higher prices for tickets, parking, beverages and food. The last time I attended a game, a roast beef sandwich cost $12 and domestic beer was $9. Closed-in parking cost $50. The price tag on a player's jersey was $225 (plus tax). Water, peanuts and hot dogs are similarly and ridiculously priced. One can buy a pack of hot dogs at the supermarket for the price of a single one at the ballpark.

The offered Harper roughly the same money is paying him, but much of it would have been deferred, which apparently caused Harper's agent, , to convince him to go to the .

In politics, if a Republican is loyal to the president, or his or her principles, that person is regarded by opponents as a sycophant, or rigid and unwilling to compromise. If one is a Democrat and displays such loyalty to a president of that party, and their own beliefs, that politician's motives are regarded as principled. It's not that different in sports, where the individual, not the team, or the paying fans, has become supreme. In politics, it is increasingly about one's re-election prospects; it's not about country first.

General Manager lured Harper to the team seven years ago when he was 19. They groomed him, gave him a platform that allowed him to become an all-star, a most valuable player and a fan favorite. Harper provided great entertainment and the hope -- subsequently dashed -- that a baseball team, the first since the old Senators in 1924, might just win the World Series. Fans had faith they could overcome what baseball writer said about an earlier team in 1904: " -- first in war, first in peace, and last in the ."

Harper is not alone in winning big paydays. just signed a $300 million deal with the . That record amount was eclipsed by Harper's deal by a small amount. will have bragging rights until someone signs an even bigger contract.

What about fan loyalty? can look at the problems the NFL had with its fan base when politics invaded the sport. So far, baseball has been free of politics, but how long fans will put up with "here today, gone tomorrow" players is anyone's guess.

It would be a shame if America's pastime went to the dogs.